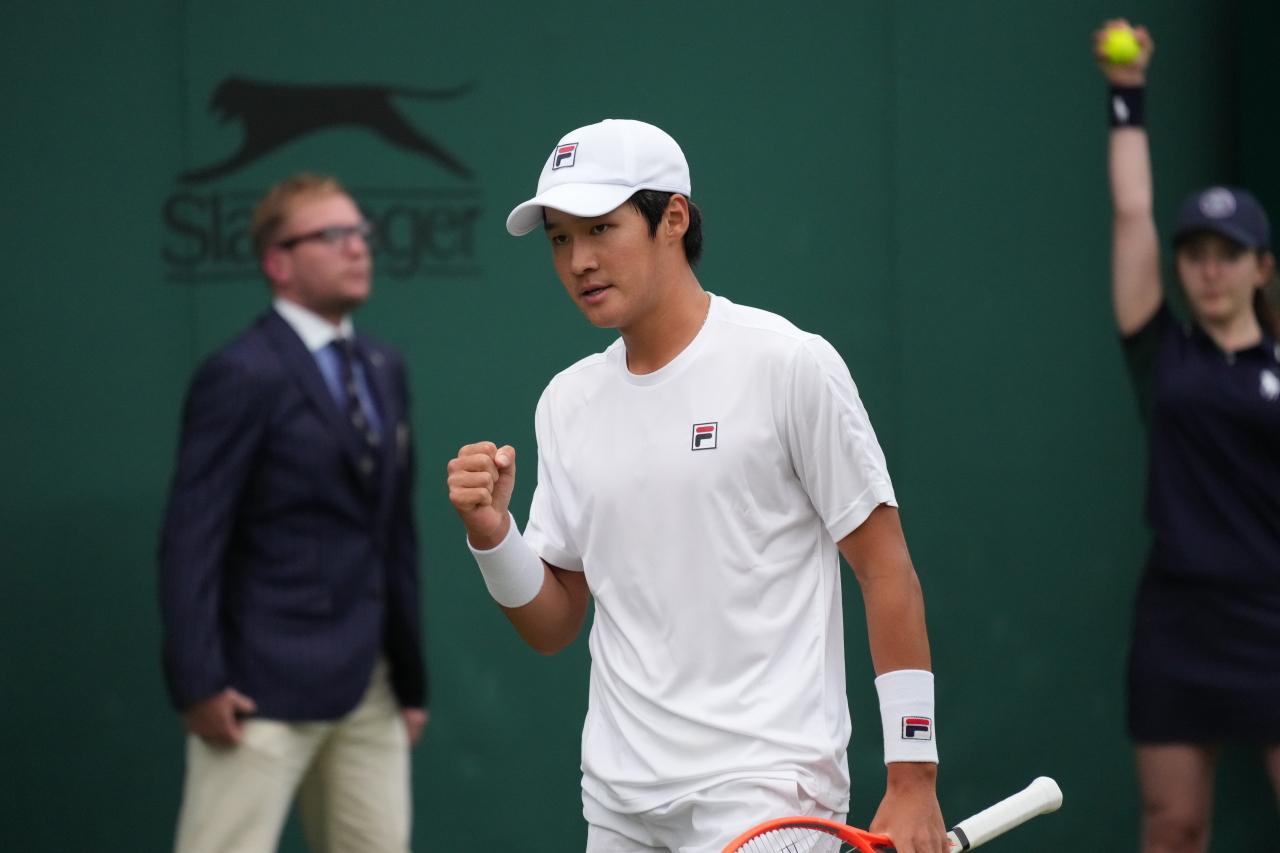 In this Associated Press photo, Kwon Soon-woo of South Korea celebrates a point against Dominik Koepfer of Germany during their second round men's singles match at Wimbledon at All England Club in London on Wednesday. (Yonhap)
South Korea's Kwon Soon-woo has been knocked out in the second round of Wimbledon.

Kwon earned his first career victory at Wimbledon on Tuesday with a four-set victory against Daniel Masur, also from Germany.

Kwon walked away with 45 ranking points and should crack the top 70 after the conclusion of the Grand Slam event.

Kwon had 69 winners against Koepfer's 53 but had 81 unforced errors against 47 by the German.

Kwon's first-round match was played over two days due to multiple rain delays.

Kwon, who reached a career-high third round at the French Open and advanced to his first semifinals at an ATP Tour event in June, will now turn his focus to the Tokyo Olympics.

Kwon snuck into the Olympics after a few players pulled out with injuries. He's the first South Korean to compete in an Olympic tennis tournament since Lee Hyung-taik in the men's singles in 2008. (Yonhap)