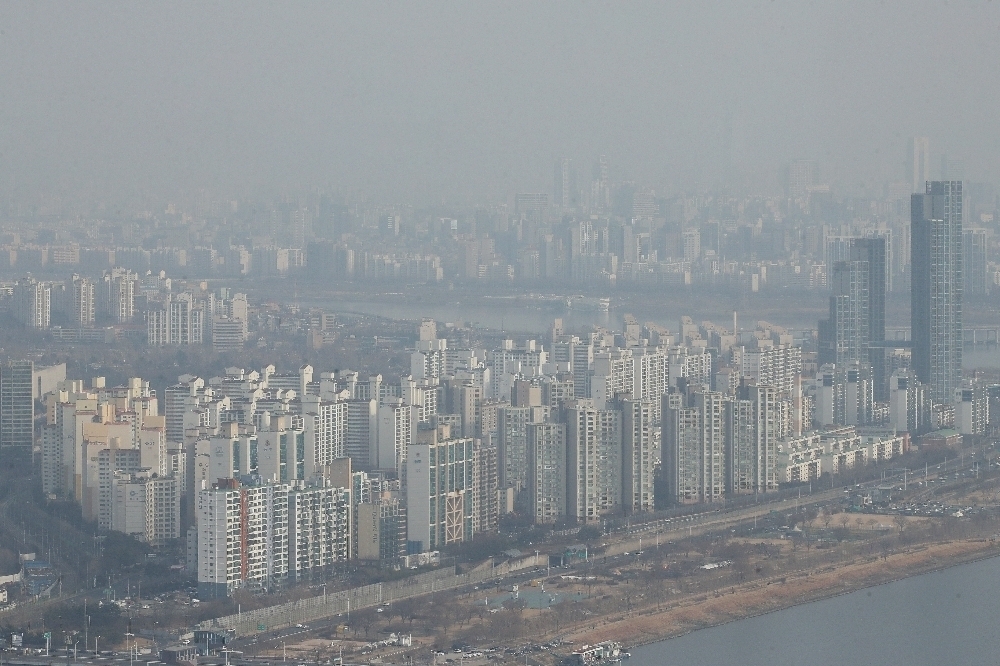 Housing polarization is rapidly deepening in South Korea, with the gap between the highest- and lowest-priced apartments widening to its greatest level on record in June, data showed Tuesday.

According to data from KB Kookmin Bank’s real estate services platform Liiv On, apartment prices in the top 20 percent range reached an average of 1.1 billion won ($978,000) this month, gaining nearly 200 million won on-year. This marked the highest number since the lender started to compile such data in December 2008.

Prices of apartments in the bottom 20 percent bracket, however, increased by merely 9.54 million won from a year earlier to 123.8 million won on average in the same month.

Reflecting the ever-widening gap between the two groups, the ratio of those two average prices stood at 8.9 to 1.

Meanwhile, the Greater Seoul area saw the ratio of apartment prices in the highest and lowest quintiles decline to 6.1 to 1, from 6.4 to 1 estimated a year earlier, because the prices of low and mid-priced apartments increased at a faster rate than those of high-priced homes in the region.

“Not only did the prices of expensive apartments in Seoul and the surrounding areas increase, but those of low-cost apartments in the region sharply rose too, raising calls for policy drives to resolve asset polarization and stabilize housing prices,” said Park Won-kab, who leads the real estate team at KB Kookmin Bank.

Experts attributed the price gap to ample liquidity amid the record-low interest environment.

“People’s increased purchasing power triggered by the current abundant liquidity was reflected in the latest price increase of high-cost apartments across the country,” said Sung Tae-yoon, an economics professor at Yonsei University.

“If the central bank raised the benchmark interest rate during the second half of this year, the rate of increase in apartment prices may slow down. Measures to increase the home supply for ordinary people without homes to curb soaring housing prices are urgently needed.”