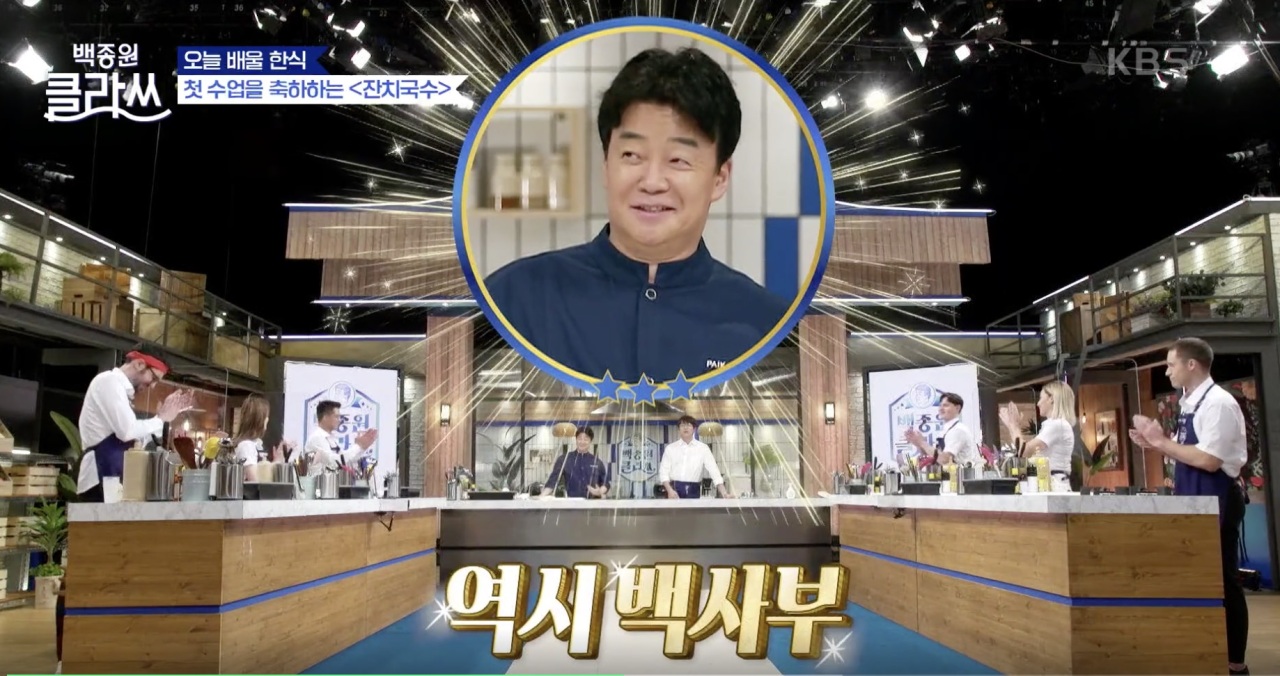 Most of the participants have no culinary background, but the team behind the show hopes they will put their own spin on the dishes, giving Korean viewers new ideas to try out in the kitchen as well as an introduction to Korean cooking for those new to Korean cuisine.

The dish for the first show on Monday was janchi guksu, banquet noodles typically served at weddings. 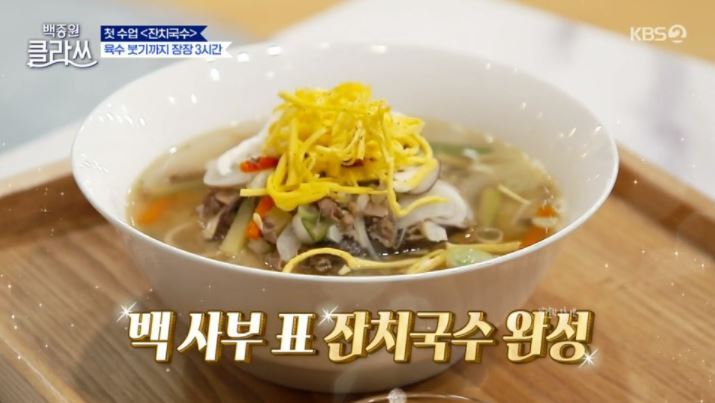 The Janchi-guksu that was made during the show (KBS)
Sung, also known for his recent series of YouTube cooking videos, talked about world food as icebreaker to the international participants in the show.

The six trainees who will make the dishes are Michelin star chef Fabri from Italy, model Matthew from Poland, Silicon Valley CEO, app developer and singer Ryan from the US, actor Amy from Canada, Adine, a fast food restaurant owner’s son from Iran, and office worker Ashley, a Korean American.

Paik pointed out each ingredient, analyzing them and comparing with similar ones in other countries, exchanging global food cultures. For Paik Jong-won‘s first mission, Michelin-star chef Fabri embellished the noodles with croutons and cheese.

“I think I can re-think about Korean food again and learn from others” Sung Si-kyung said at the opening of the show.

Paik Jong-won expressed his confidence by saying, “I can teach you (trainees) all well so that any foreigners can easily follow along,” Paik also added his personal hopes that Korean food menus can be called as proper nouns, the way it is pronounced, without translated terms necessary.

The new cook show has held its online production presentation conference earlier Monday afternoon. Chief executive producer Shim Ha-won, producer Ki Ah-young, Paik Jong-won and Sung Si-kyung attended the event. “Paik Jong-won” has drawn much attention before it was released, since it is the first collaboration between the broadcaster KBS and Paik.

“I cast Paik Jong-won (for this show), since I have wanted to do a program with him for more than two yearsm,” chief producer Shim told the press at the online event. “After the so-called ’kimchi controversy’ earlier this year, I had a strong desire to inform people about Korean food, and thought it would work since KBS has a public interest element as a broadcaster.”

The “kimchi controversy” happened in November, when a Chinese Communist Party’s mouthpiece, the Global Times, falsely claimed that China had received an international industrial standard certification for making kimchi. 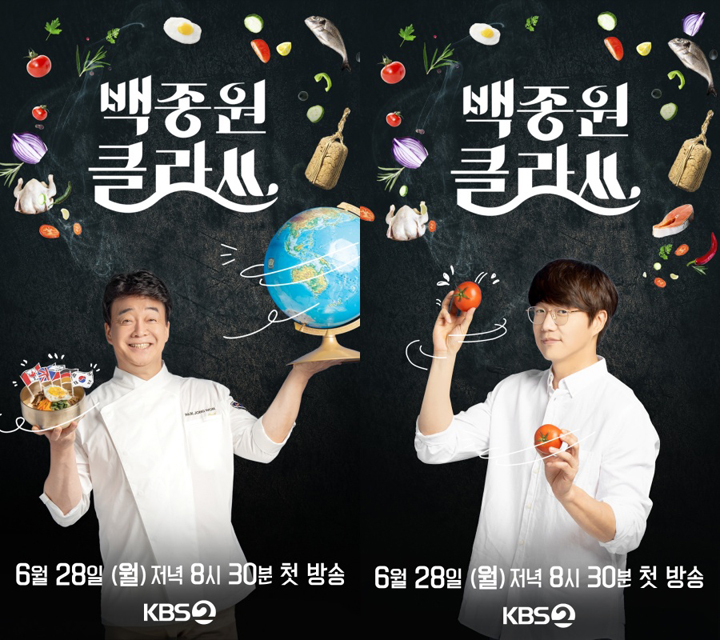