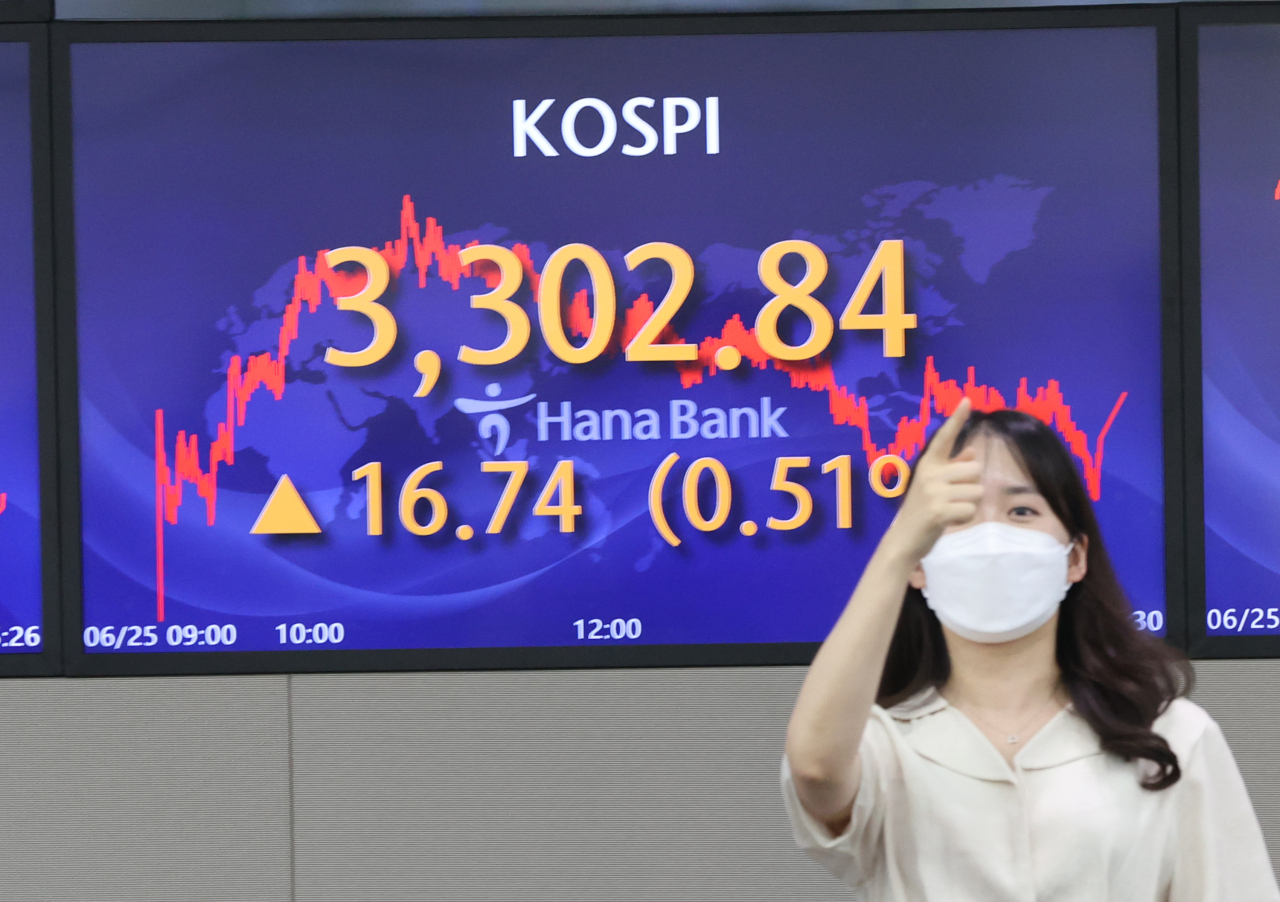 An electronic board displays the closing mark of South Korea’s benchmark Kospi at the trading room of Hana Bank in Seoul on Fridday. (Yonhap)
On expectations of a quick economic recovery from the pandemic, South Korean stock markets continued their rally during the first half of this year to hand investors higher returns than relatively low-risk investing products such as real estate and gold.

The Kospi soared 429.37 points or 14.94 percent so far this year, refreshing all-time highs 14 times in the cited period. It was the second-biggest 6-month rise after the second half of last year with 765.14 points. By percentage, it logged the fourth-highest jump after the record set in the first half of 2017 with 18.03 percent.

In the meantime, the nation’s tech-heavy Kosdaq climbed 43.71 points or 4.51 percent in the same period. It surpassed the 1,000-point threshold for the first time in nearly two-decades in April. The secondary bourse reached 1,012.13 at Friday’s closing bell.

The dollar provided the second-highest return for Koreans after stocks, rising 4.39 percent against the won, backed by the possibility of the US Federal Reserve suspending quantitative easing. Led by some investors’ preference for relatively risk-free assets, profits earned from gold investments came next with 3.51 percent, Korea Gold Exchange data showed.

The average profit earned from real estate investment was lower. The index on housing prices rose to 110.4 as of May, up 3.08 percent from 107.1 marked in January. The average rate of bank deposits remained at some 1 percent in the era of ultralow-interest rates. Korea Investors Service’s composite bond index, however, resulted to a minus 1.31 percent.

Keeping pace with the rallies of major stock markets in Group of 20 economies, Kospi recorded the seventh biggest gain in the January-June period, according to market researcher Infomax.

Kospi outpaced the three major US indexes, as the Dow Jones Industrial Average went up 12.5 percent, the S&P 500 grew by 13.97 percent and the Nasdaq rose by 11.42 percent.