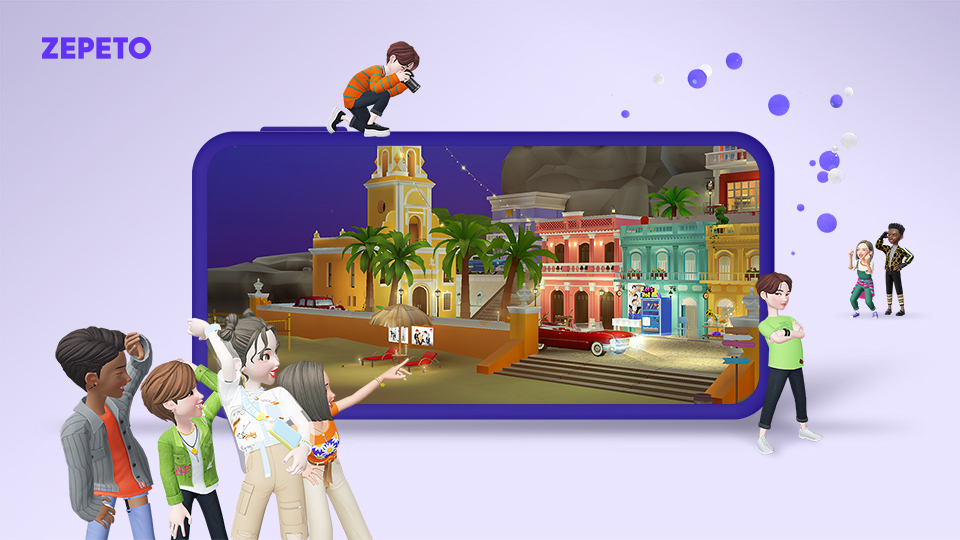 Naver’s metaverse platform Zepeto (Naver)
To those who have difficulty in grasping the characteristics of the younger generations of millennials and Gen Z -- pay attention to the “metaverse.”

A combination of “meta” and “universe,” the term refers to a virtual world shared by people from the real world.

Built on the convergence of all things sci-fi such as augmented reality, virtual reality, extended reality, artificial intelligence, fifth-generation networks, edge computing and so on, this digital universe has gained traction under the COVID-19 pandemic lockdown among millennials and Gen Z, who together include those born from the 1980s to 2010s and are referred to as the MZ generations.

In the beginning, it looked like nothing more than a game, or virtual playground for younger people. But it is now a serious world of a digital economy, where a virtual Gucci bag resold for $4,115, higher than its real-world value. 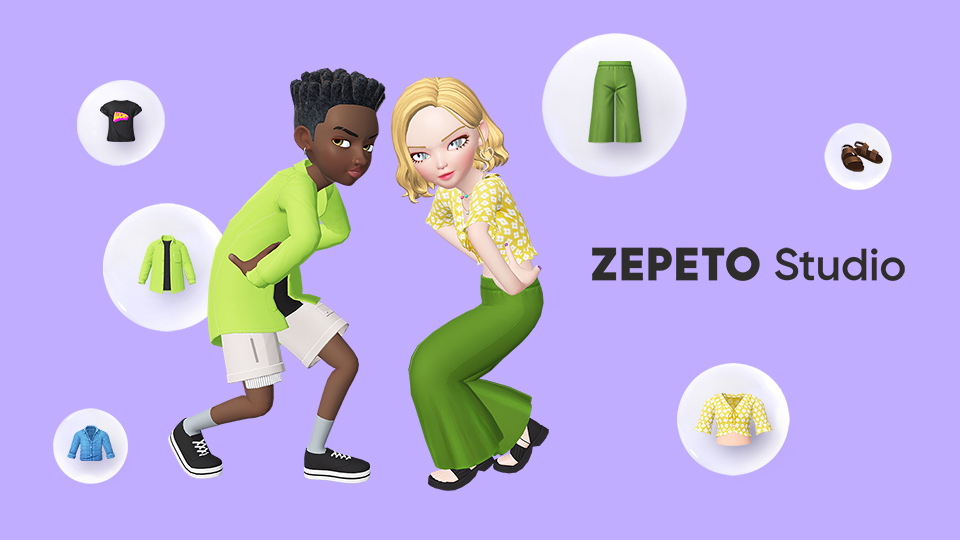 The “metaverse” concept first appeared in Neal Stephenson’s novel “Snow Crash,” published in 1992, which was about a group of talented people creating a virtual world.

Such an idea has become only possible due to the emergence of new technologies, including high-speed telecommunications, augmented and virtual reality and 3D sensors in the era of the 5G mobile network systems.

US-based game company Roblox has been a pioneer in the metaverse, with a platform that revolves around a virtual world where users can interact with others through personal avatars, make their own games and play, shop and communicate. 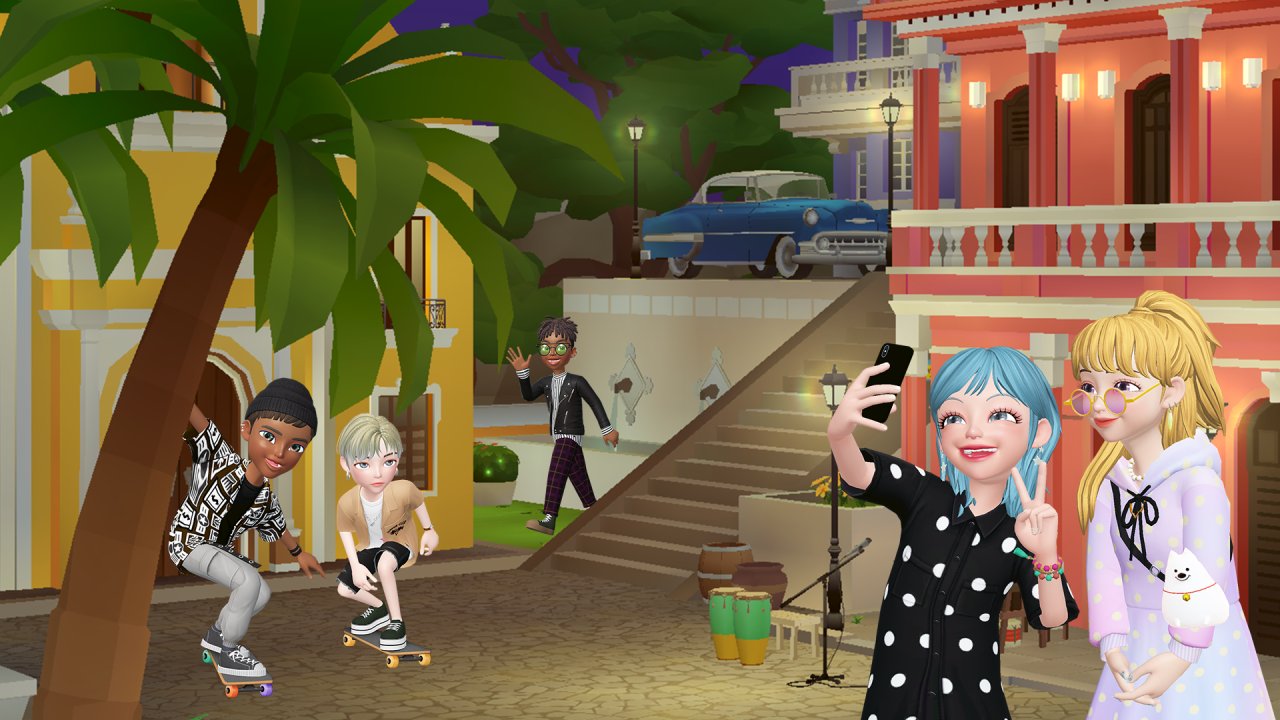 (Naver)
It has been a huge hit, attracting over 32 million active users on a daily basis and creating around 50 million games within Roblox last year.

A Korean version of this is Zepeto, operated by the country’s largest internet company Naver. Launched in August 2018 in 165 markets across the world, the platform has garnered over 200 million users as of December.

In the world of Zepeto, users’ avatars are created by artificial intelligence-based face recognition technology from their actual photos. Users find it more interesting to play around with digital representations that resemble themselves.

The avatars can wander around the Zepeto world, taking part in activities like taking photos, recording videos or playing games. 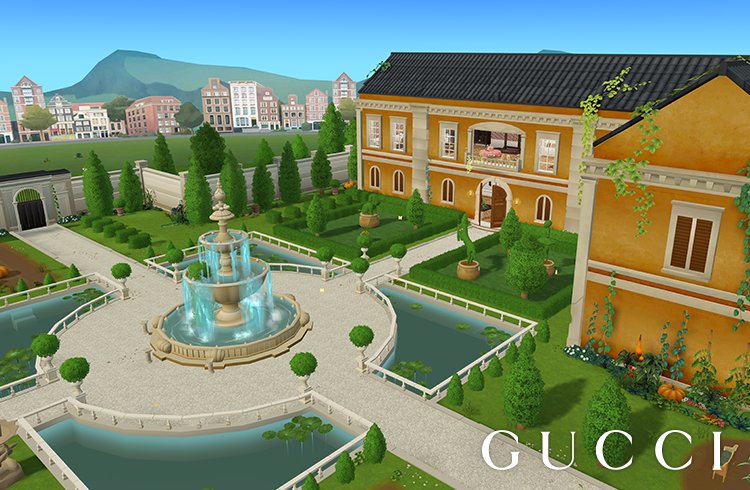 (Naver)
In Gucci Villa, a virtual garden created in collaboration with the Italian fashion brand, avatars can try on Gucci products.

Other similar platforms include Fortnite, created by US firm Epic Games, which has about 350 million users. Fortnite is famous for gunfight game Battle Royale and digital playground Party Royale. Since the COVID-19 outbreak, Party Royale has gained popularity as a metaverse playground.

American hip-hop artist Travis Scott held a concert with his avatar in April on Fortnite, drawing 12.3 million people to the parallel world, dancing along and flying with the star. 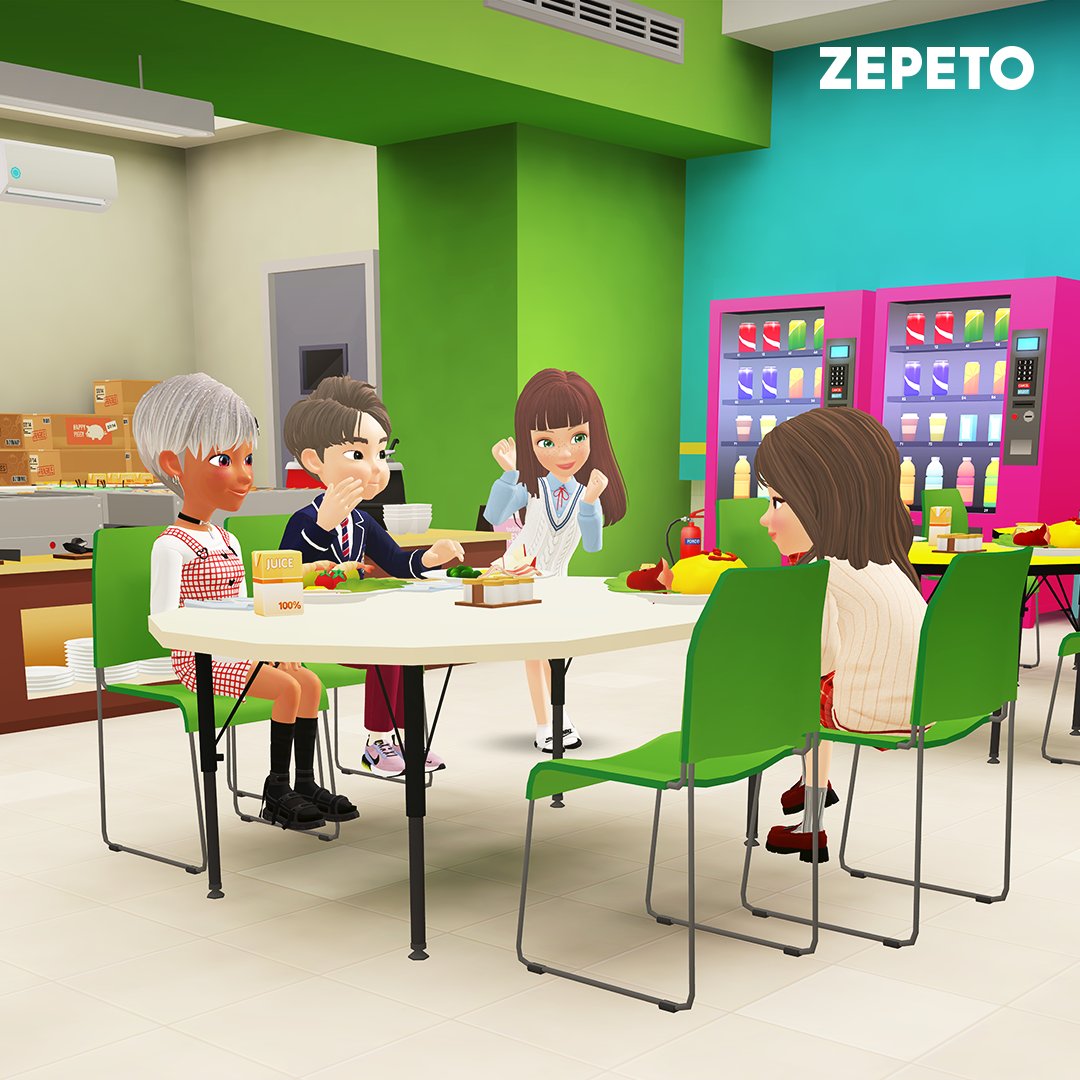 Drawn to the huge potential the metaverse concept presents, businesses are getting ready to, or are already making the moves to, tap into the virtual world.

Market researcher Strategy Analytics forecasts the metaverse represents a market of $46 billion now, and that is expected to soar to $280 billion by 2025.

The Korean Ministry of Science and ICT has formed an alliance with some of the country’s leading companies, including Hyundai Motor, SK Telecom, KT, Naver Labs and Kakao Entertainment, to take preemptive measures for the emerging world of new markets,

Naver Z, the subsidiary of Naver in charge of operation of Zepeto, is in the long run seeking to turn Zepeto into a profitable business, according to the firm.

The company currently makes most of its revenue -- about 75 percent -- from selling items made for the virtual world. It has also raised profits from marketing collaborations with renowned brands like Nike and Gucci. Around 5 million Nike shoes have been sold in Zepeto, exceeding in-person offline sales. 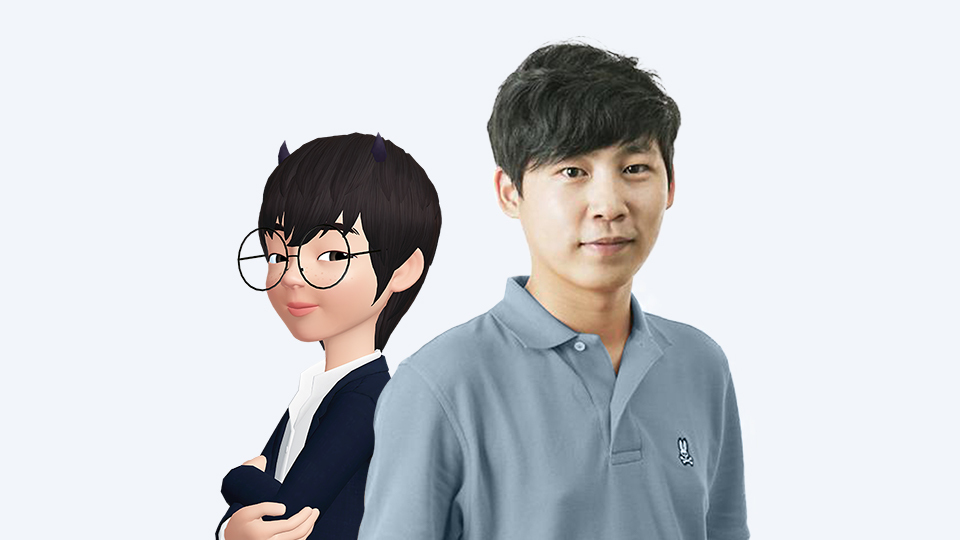 “Since the main user base, consisting of the MZ generations, is highly attractive to retailers and fashion brands, many business-to-business partnerships are underway,” said a public relations official at Naver. “The company is not currently rushing to make profits from Zepeto, but in the long run, it is eyeing a variety of B2B partnerships and collaborations and commission fees from those projects could be a main source of profit.”

Naver seeks to make Zepeto another complete world where the MZ generations can make a living, for example by making money from creating virtual products and services, and also go shopping with virtual money and enjoy in-world entertainment.

As part of increasing the profitability of the virtual business, it also plans to charge users a 30 percent commission on sales of items.