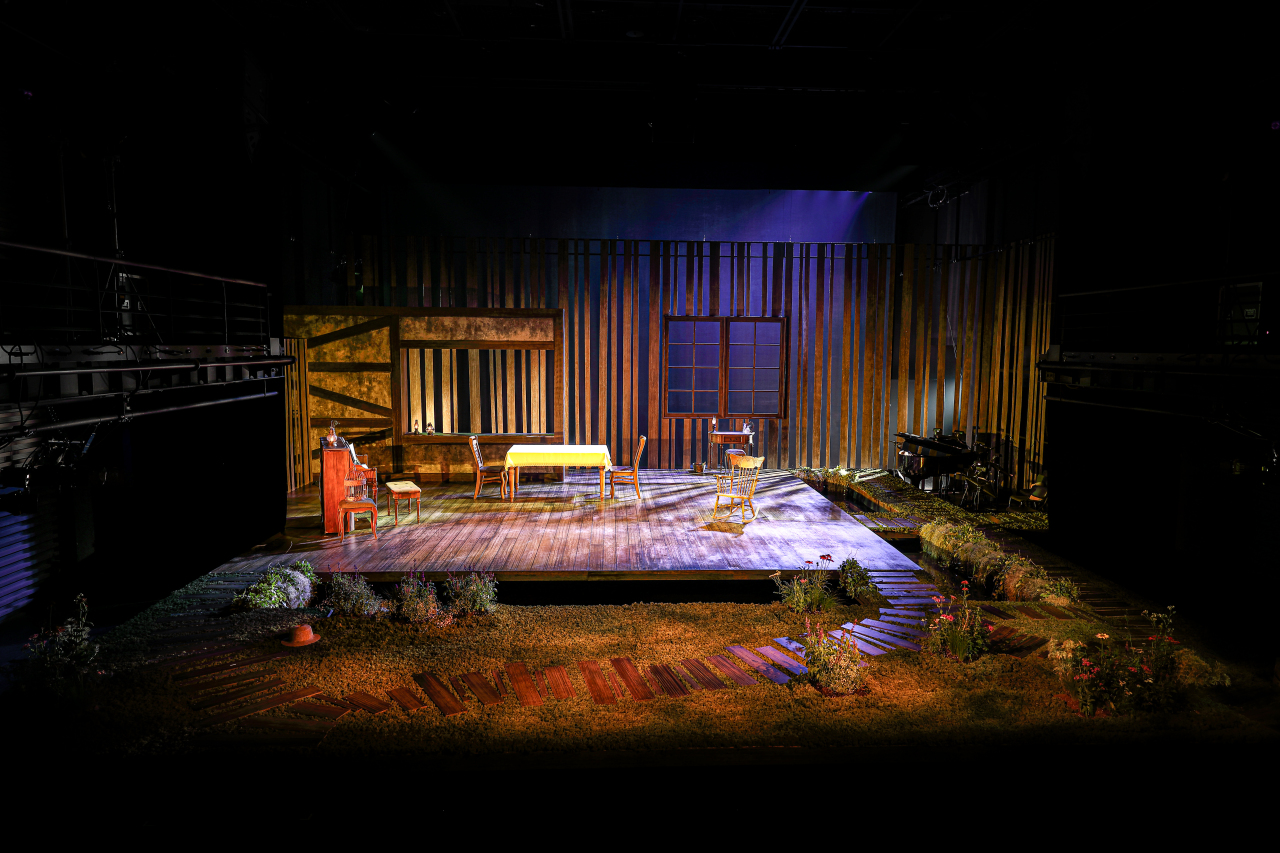 The play is the third edition of the Sejong Center’s Contemporary S series project that aims to present innovative, original show productions. It is the first time that French writer Pascal Quignard’s play “Dans Ce Jardin Qu’On Aimait” (“In This Garden We Loved”) is being staged in Korea.

For the play, 60 speakers have been installed across the black box theater to deliver the sounds of nature and music performed by a chamber music quartet. The stage has been decorated with real flowers.

The play tells the story of minister Simeon Pease Cheney. He resents his daughter Rosamund, as his wife died while giving birth to her. Whenever he is in the garden of his parish, he is reminded of his late wife.

After Rosamund leaves the parish, Simeon becomes even more obsessed with the garden. He creates music, inspired by the sounds of birds, water and wind in the garden.

When Simeon falls ill, Rosamund returns home to stay by her father’s side in his final moments. After his passing, she publishes his music under the title “Wood Notes Wild: Notations of Bird Music.”

“The goal was to have the audience members feeling as if they were actually in a garden while watching the play,” director Oh Kyeong-taek said.

The play features veteran actor Jung Dong-hwan as Simeon, Lee Gyeong-mi as Rosamund and Kim So-jin as the narrator.

The show will run until July 4 at the S Theater at the Sejong Center for the Performing Arts in Gwanghwamun, central Seoul. Tickets are priced at 40,000 won to 60,000 won.