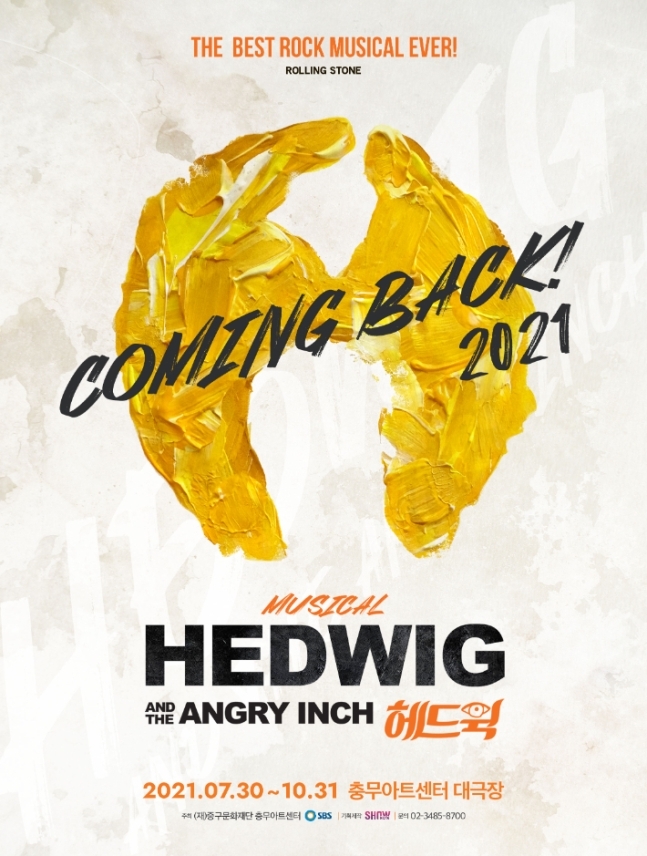 According to production company Shownote, Cho, Oh Man-seok, Lee Kyu-hyeong, Ko Eun-sung and Ren from boy band Newest will take the title role in the 13th run of “Hedwig and the Angry Inch” in South Korea.

The musical, written by Stephen Trask and John Cameron Mitchell, tells the story of a genderqueer rock singer from East Germany. The singer, Hedwig, leads her own band, the Angry Inch. Hedwig develops a relationship with a younger singer named Tommy, who steals her music and becomes a rock star.

Cho, who deftly moves between the small screen, the silver screen and the stage, first joined the show for its 2005 Korean premiere. This season the actor, beloved for his role in the TV drama series “Stranger,” will return as Hedwig for the first time in five years. This will be the show’s seventh season with Cho in the lead role. 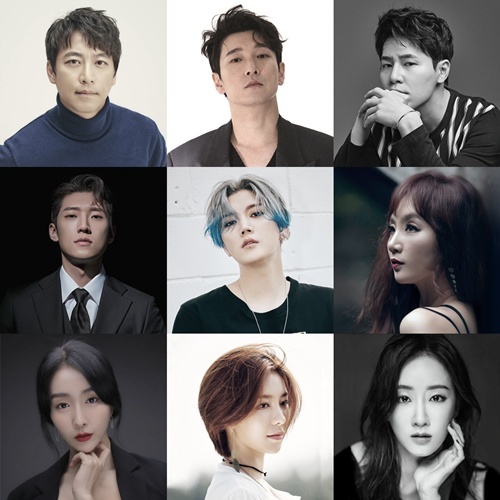 The cast of the upcoming run of the musical “Hedwig and the Angry Inch” (Shownote)
Ko Eun-sung and Ren from boy band Newest have newly joined the cast.

Ko came under the spotlight for playing Anatole in the musical “The Great Comet” earlier this year and competed in the JTBC music audition show “Phantom Singer.” Ren began his musical career in 2020 with “Jamie.” He played Jamie New, a high school student who dreams of becoming a drag queen.

“Hedwig and the Angry Inch” runs July 30 to Oct. 31 at the Chungmu Arts Center in central Seoul. Tickets open Tuesday.