The entrance to the National Folk Museum of Korea’s exhibition “Busan, Gateway to the World” (Kim Hae-yeon/The Korea Herald)
A maritime city on the southeastern tip of the Korean Peninsula, Busan is the country’s second-largest city with a population of some 3.4 million. Since the mid-19th century Busan has served as a gateway for new ideas and exchanges with foreign countries. When the Korean War broke out in 1950, it became a haven for war refugees.

The National Folk Museum of Korea’s exhibition “Busan, Gateway to the World,” which opened June 2 as part of the 2021 Year of Busan Folk Culture, is designed to show aspects of Busan that are relatively unknown.

The Korean War left much of the country in ruins, but Busan, where more than 600,000 refugees settled, underwent rapid economic development in subsequent years. 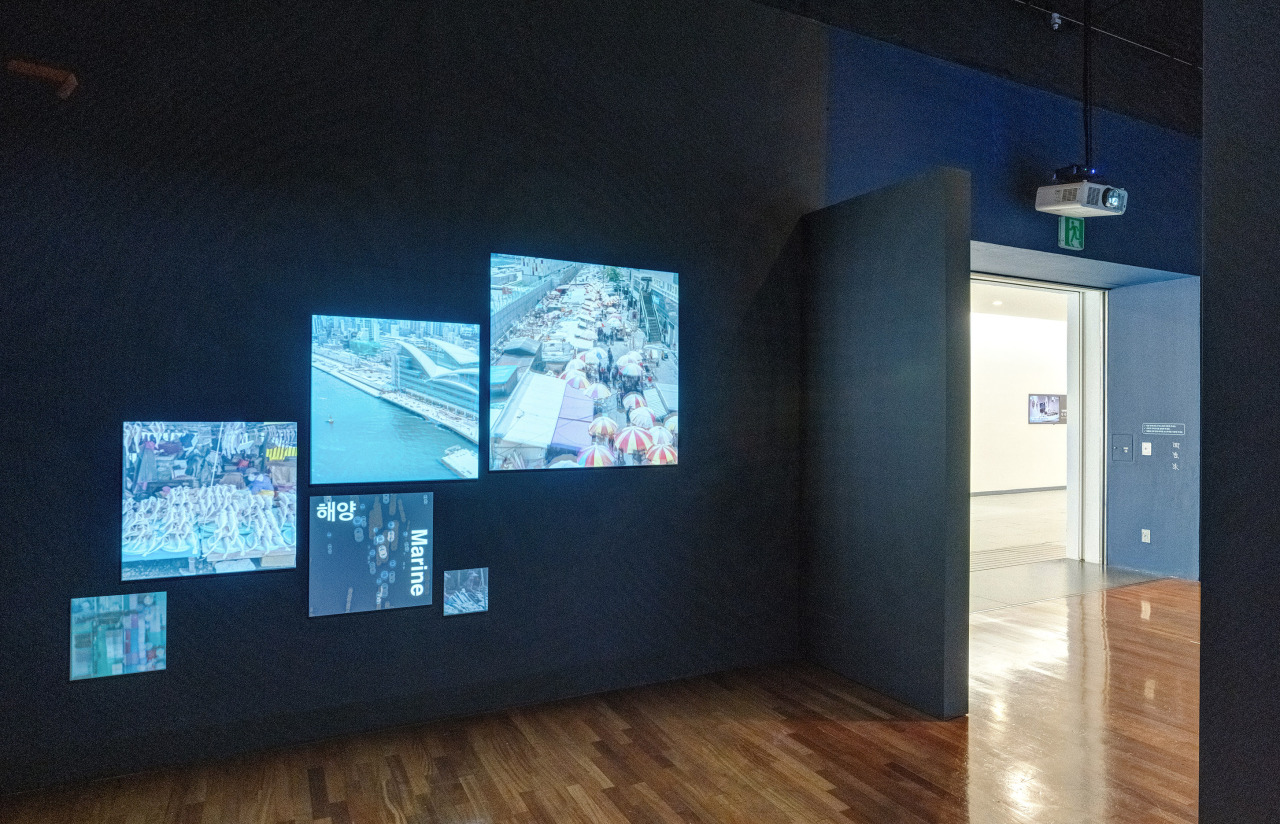 Busan’s Gukje Market (right) is shown on display monitors at the exhibition. (National Folk Museum of Korea)
The city’s iconic Gukje Market, also known as Nampodong International Market, acted as a foothold for export trade even during the war. According to a February 1952 Donga Ilbo article, the average daily trade volume at Gukje Market reached 1 billion won ($880,000), equivalent to some 36 billion won in today’s money. Military equipment, imported goods and domestic products from the period that were popular at the market are on display at the exhibition.

From maps and pictures of Busan during the Japanese colonial period to short video interview clips of local residents reflecting on the city’s past, the exhibits are like pieces of a jigsaw puzzle that complete the history of Busan and show how it came to be what it is today. 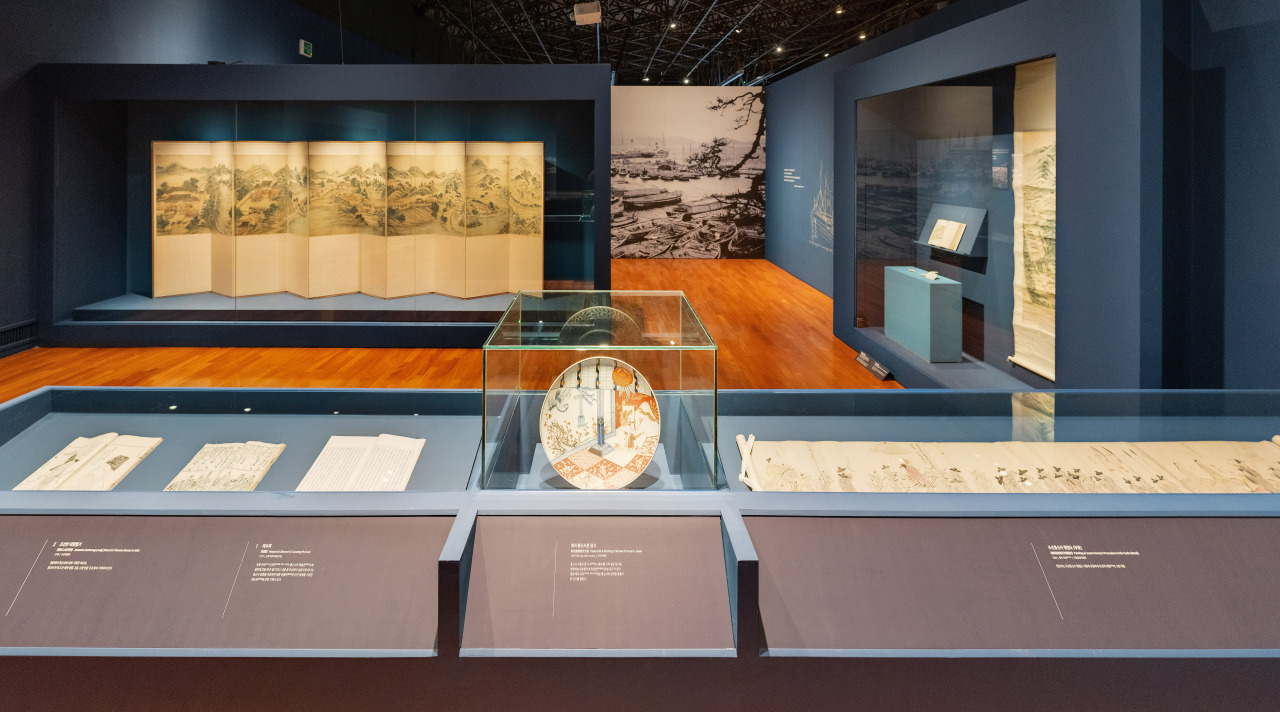 Items on display include a plate depicting Korean envoys to Japan from the late 19th century. (National Folk Museum of Korea)
Writers and artists of the time who made their way to Busan during the war wrote poems and painted pictures on ceramics and pottery to make a living. Such porcelain plates are neatly displayed in the second section of the exhibit, and some are thought to be the works of renowned artists.

Knick-knacks from everyday life in Busan -- from pagoda lamps, vinyl records and noodle-making machines to handcarts for selling marsh clam soup in the morning -- all have found their place at the exhibition.

“Our aim (in designing this exhibit) was to show how people in Busan actually lived, apart from the historical and cultural aspects,” Kim Jong-dae, director general of the museum, said on opening day.

“Busan, Gateway to the World” presents various fishing tools and pagoda lamps used in Busan. (National Folk Museum of Korea)
“I have traveled to Busan before, and I loved the port city, so I hope to know better about Busan through this exhibition,” said Mathis Sachot, an exchange student from France, while visiting the exhibition June 14.

“I came here to see the palace,” Sachot said, referring to Gyeongbokgung in Seoul, “and feel very lucky to have come across this exhibition just one week before going back home.”

The exhibition runs through Aug. 30 and will then travel to Busan Museum, where it will stay Sept. 14 to Dec. 5.