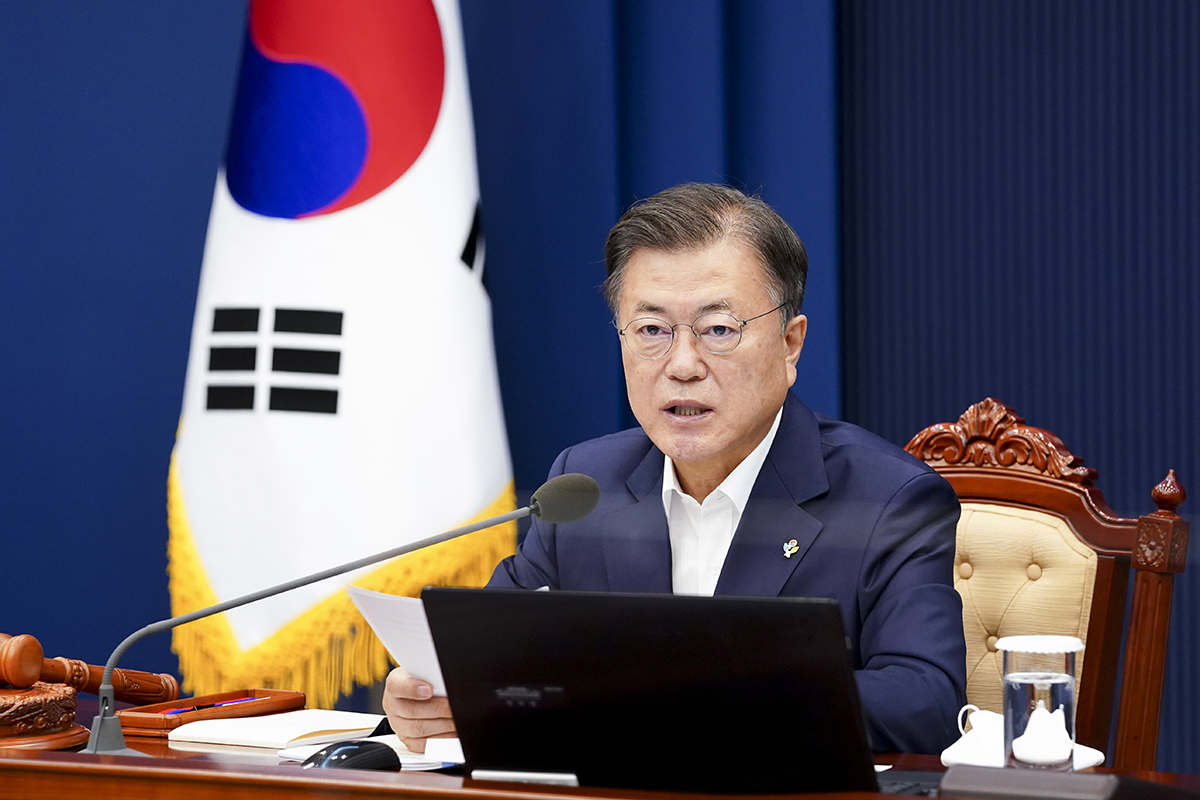 “Nothing has been decided yet,” Moon’s chief of staff for policy Lee Ho-seung told a radio interview Tuesday when he was asked whether the president intended to attend the Summer Olympics that kicks off in the Japanese capital on July 23.

As for the prolonged feud between the two countries, he said the Korean government has been seeking dialogue with Japan without any preconditions.

Lee’s remarks came after Moon’s failed meeting with Japanese Prime Minister Yoshihide Suga at the G-7 summit held in the UK earlier this month. Their brief encounters during the reception and dinner did not lead to a bilateral meeting. It was the first time for the leaders to meet in person.

According to Seoul’s Foreign Ministry, the two leaders had tentatively agreed to hold a pull-aside meeting at the G-7 but Japan unilaterally called the meeting off in protest against Korea’s annual military drills on and around the Dokdo islets. Tokyo, however, has denied the claims, saying Suga was just too busy to attend the meeting.

The upcoming Tokyo Olympics has emerged as a fresh occasion for the Asian rivals to make a breakthrough amid the strained relations.

Anti-Japan sentiment is growing here over Japan’s refusal to correct an Olympics map that describes Dokdo as its territory. During the 2018 PyeongChang Winter Olympics, the Korean government removed the islets from its official map to maintain political neutrality even though it has controlled Dokdo for decades.

“Moon may feel no pressure to make up his mind anytime soon,” a diplomatic source said on condition of anonymity. “He needs a cause considering uncertainties facing the Tokyo Olympics such as COVID-19 and Japan’s Dokdo claims.”

Meanwhile, other heads of state have not yet confirmed their participation in the Tokyo Olympics. Earlier in the day, Japan’s Yomiuri Shimbun reported that US President Joe Biden may not be joining the event and the White House is considering sending another ranking official, citing first lady Jill Biden as a possible replacement.