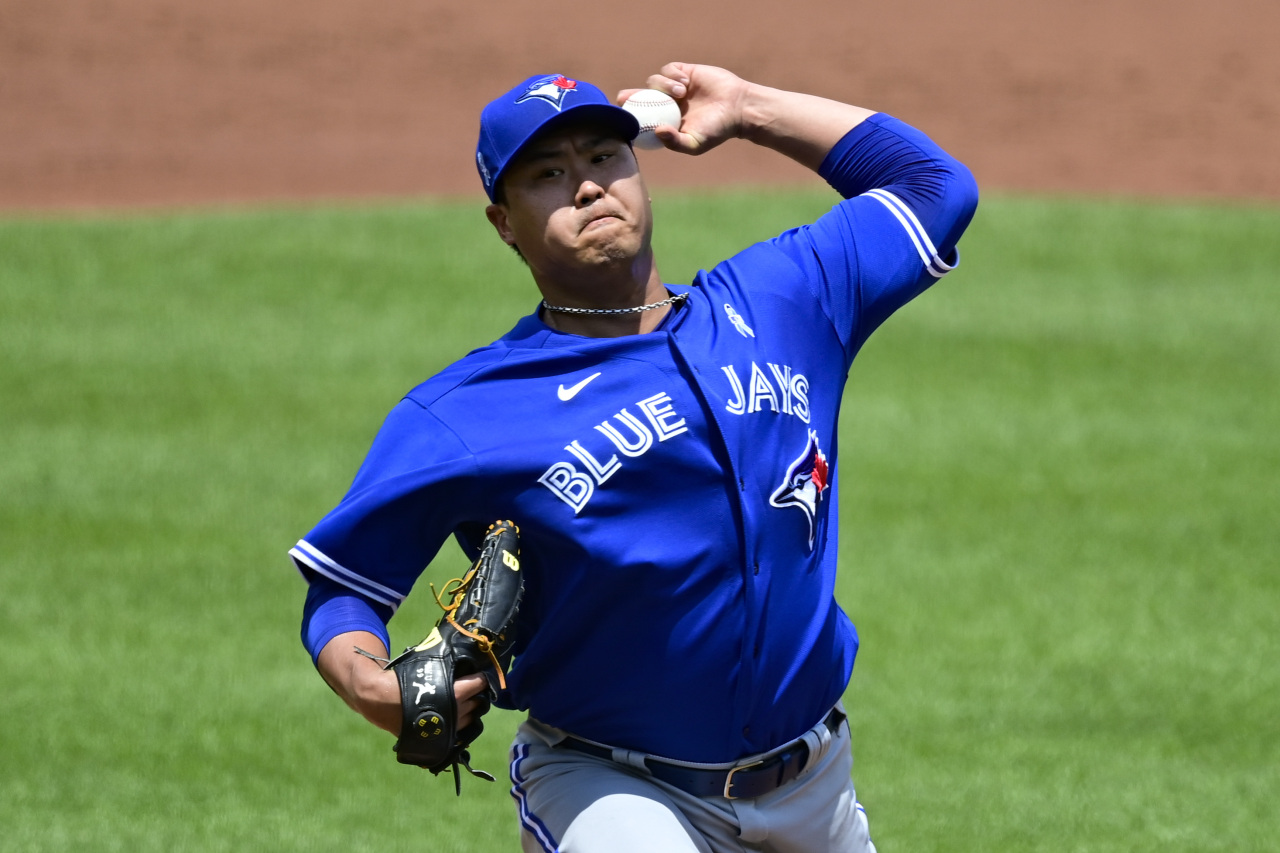 The South Korean left-hander held the Baltimore Orioles to a run on three hits in seven innings at Oriole Park at Camden Yards in Baltimore on Sunday (local time) in a 7-4 victory. Ryu struck out four and walked one as the Jays took the rubber match of a three-game series.

Ryu, who matched his season high with seven innings pitched, improved to 6-4 and lowered his ERA from 3.43 to 3.25.

Ryu entered this contest with a 0-2 record and a 6.11 ERA in three June starts. He had also walked eight batters and surrendered five home runs in 17 2/3 innings this month while experiencing rare command issues.

The penchant for giving up long balls reared its ugly head in the first inning, as Trey Mancini touched Ryu for a one-out solo home run.

That was followed by a Ryan Mountcastle single, but Ryu quickly erased that runner with an inning-ending double play ball by Anthony Santander.

Ryu gave up a one-out single to Freddy Galvis in the second inning, but that amounted to nothing as Ryu got a flyout and a strikeout to end the inning.

And, remarkably, Ryu didn't give up any more hits the rest of his afternoon.

Ryu induced three straight groundouts in the third and had another three-up, three-down frame in the fourth. He struck out the first two batters of the fifth before issuing his first walk of the game. That was followed by a flyout, and then two more perfect innings followed in the sixth and seventh.

He retired his final seven batters and faced only one over minimum in his last five innings.

The Blue Jays offered Ryu plenty of run support. They erased a 1-0 deficit with a four-run fifth. Reese McGuire, Ryu's batterymate for the first time this season, extended that lead with his third double of the game in the top of the eighth, and Bo Bichette brought McGuire home with a single for a 6-1 advantage.

Ryu needed 100 pitches to get through his seven frames, 67 of them for strikes. He hadn't reached the century mark in his pitch count since throwing 107 on May 23 against the Tampa Bay Rays.

Reliever Trent Thornton served up three runs on two homers in the bottom of the eighth, as the Orioles cut the Blue Jays' lead to 6-4. But then McGuire came through with an RBI single in the ninth to make it 7-4, rounding out the score and giving himself a four-hit day in the process. (Yonhap)