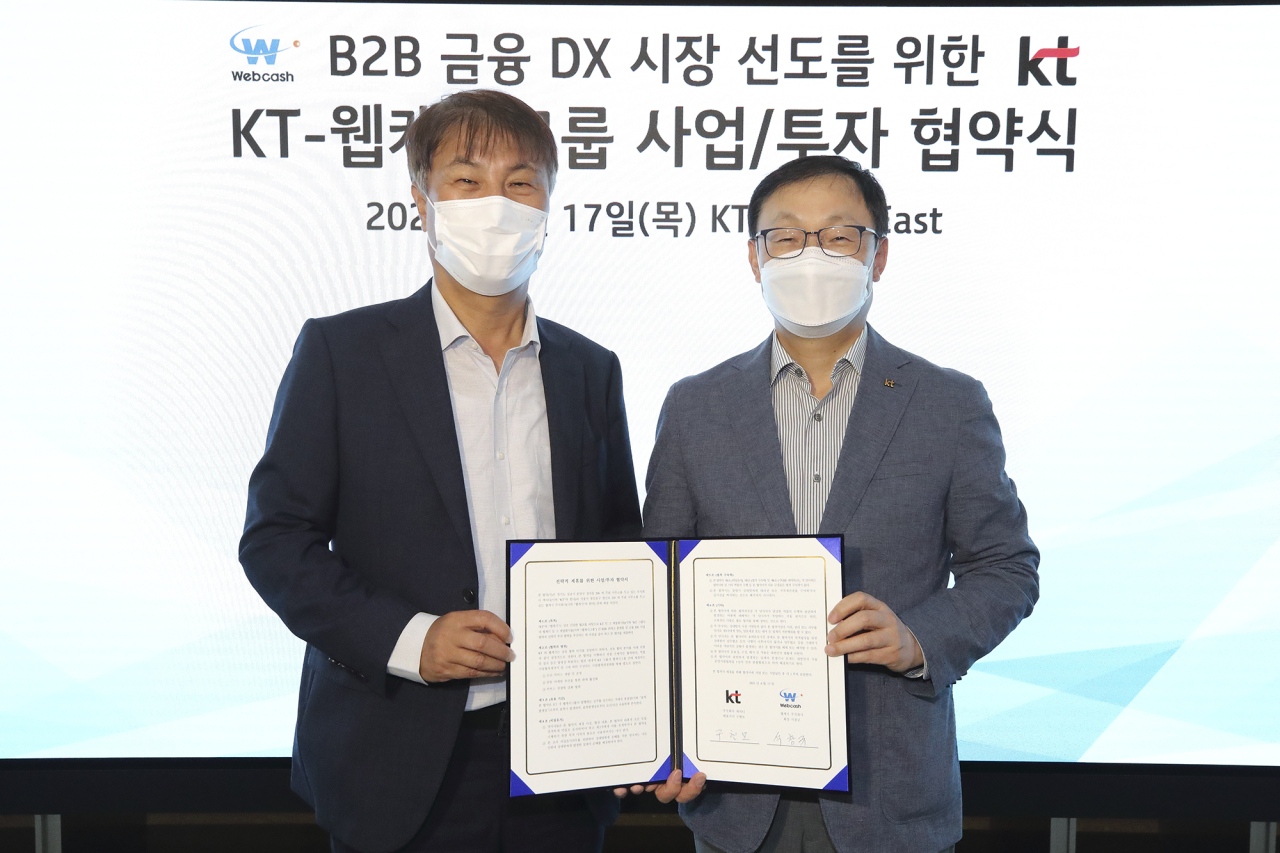 KT CEO Ku Hyeon-mo (right) holds up an agreement with WebCash Group Chairman Seok Chang-gyu at KT's headquarters in central Seoul on Thursday. (KT)
KT, the second largest telecom business in South Korea, is moving to expand its presence in the financial sector by making an investment in a local fintech firm, the carrier said Thursday.

The mobile carrier signed a deal to invest a total of 23.6 billion won ($20.8 million) in WebCash Group that owns WebCash, BizPlay and Roum IT, as part of forming a strategic partnership with the financial IT platform group for enterprises.

It is KT’s second investment made in a financial firm after Bank Salad.

Under the partnership, KT will apply its artificial intelligence and cloud technologies to WebCash’s platforms including Kyungrinara, an administrative platform designed for small and mid-size firms, and BizPlay, an electronic document approval system.

By launching KT Kyungrinara and KT BizPlay apps, the mobile carrier will allow users to check the process of important document approvals by issuing voice commands to smartphones.

The two will also roll out KT Semo Shop this month, a one-stop management solution for small self-employed businesspeople.

“Based on synergy to be created out between KT’s knowledge of the financial sector and WebCash’s fintech platforms, the two partners will take the lead in driving digital transformation in the financial field,” said Ku Hyeon-mo, CEO of KT.