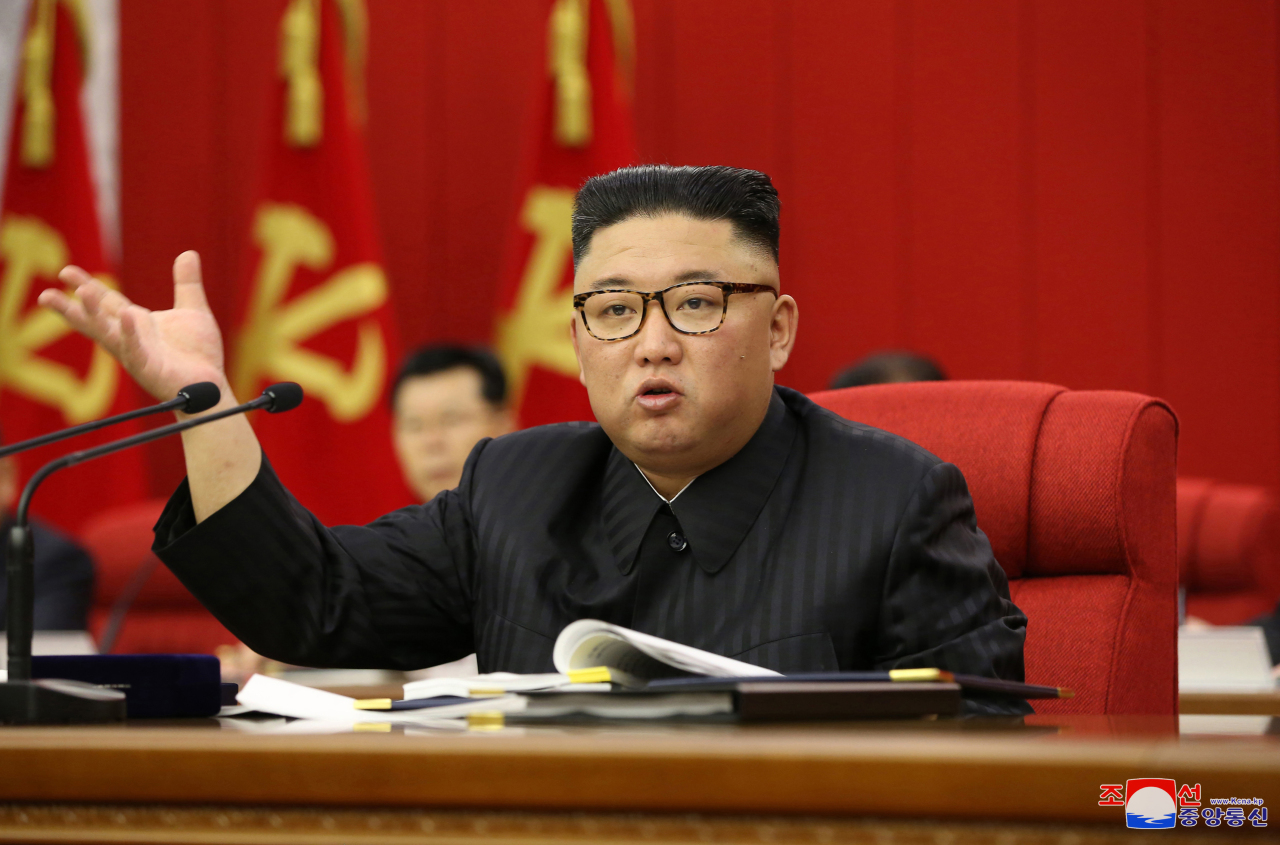 The multiday plenary meeting of the Workers’ Party’s central committee opened Tuesday, the Korea Central News Agency said, with a mandate to review major state policies and measures to solve pending issues urgent for the economy and people’s livelihoods.

During the session, Kim warned that the food situation in the country was getting “tense” as its agricultural production was hit by the typhoon last year, saying the plenary session should bring them closer to settling the problem. The leader called for measures to minimize the impact of natural disasters in close cooperation with other sectors, stressing that it was important if the country was to attain this year’s grain production goal.

Due to damage from heavy flooding last summer, North Korea is faced with a food shortage of about 1.2 million to 1.3 million tons this year, according to the Unification Ministry.

Kim also “set forth the task for the state to maintain a perfect anti-epidemic state,” indicating that the North would keep its strict quarantine measures in place.

Among major topics to be discussed at the ongoing meeting, according to the KCNA, one was analyzing the “current international situation and our party’s corresponding direction,” though it did not directly mention the US or South Korea.

North Korea was largely quiet on Seoul and Washington’s call for engagement or the resumption of nuclear talks, which have remained stalled for two years since the collapse of the Hanoi summit between Kim and former US President Donald Trump.

Washington has also reached out to Pyongyang since the Biden administration took office early this year, but the reclusive regime has kept mum.

With the plenary meeting expected to continue for several days, there is speculation that Pyongyang may give its official response to Washington’s recently completed policy review on North Korea, and to the latest summit between US President Joe Biden and South Korean President Moon Jae-in. At the summit in Washington, Moon and Biden reaffirmed their commitment to diplomacy and dialogue with the North toward the goal of the complete denuclearization of the Korean Peninsula.