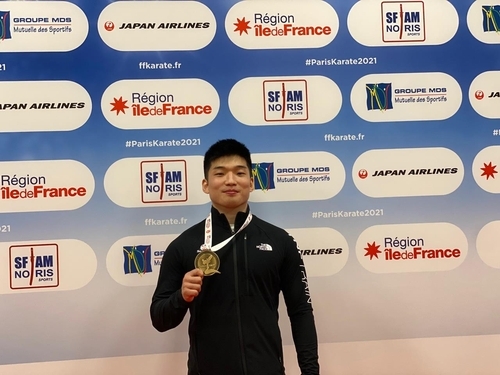 Park, 27, qualified for the upcoming games after winning a bronze in male kata at an Olympic qualification tournament that took place in Paris on Saturday (local time), according to the Korea Karate Federation.

Kata is a non-sparring karate event in which practitioners demonstrate the Japanese martial art's patterns and movements.

Park, who ranks No. 19 globally, had also earned the country's first Asian Games medal in the event at the 18th Asian Games in Jakarta in 2018.

Six Korean nationals took part in the Olympic qualification tournament. One more South Korean athlete is set to compete for an Olympic ticket for kumite, a sparring discipline in karate. (Yonhap)