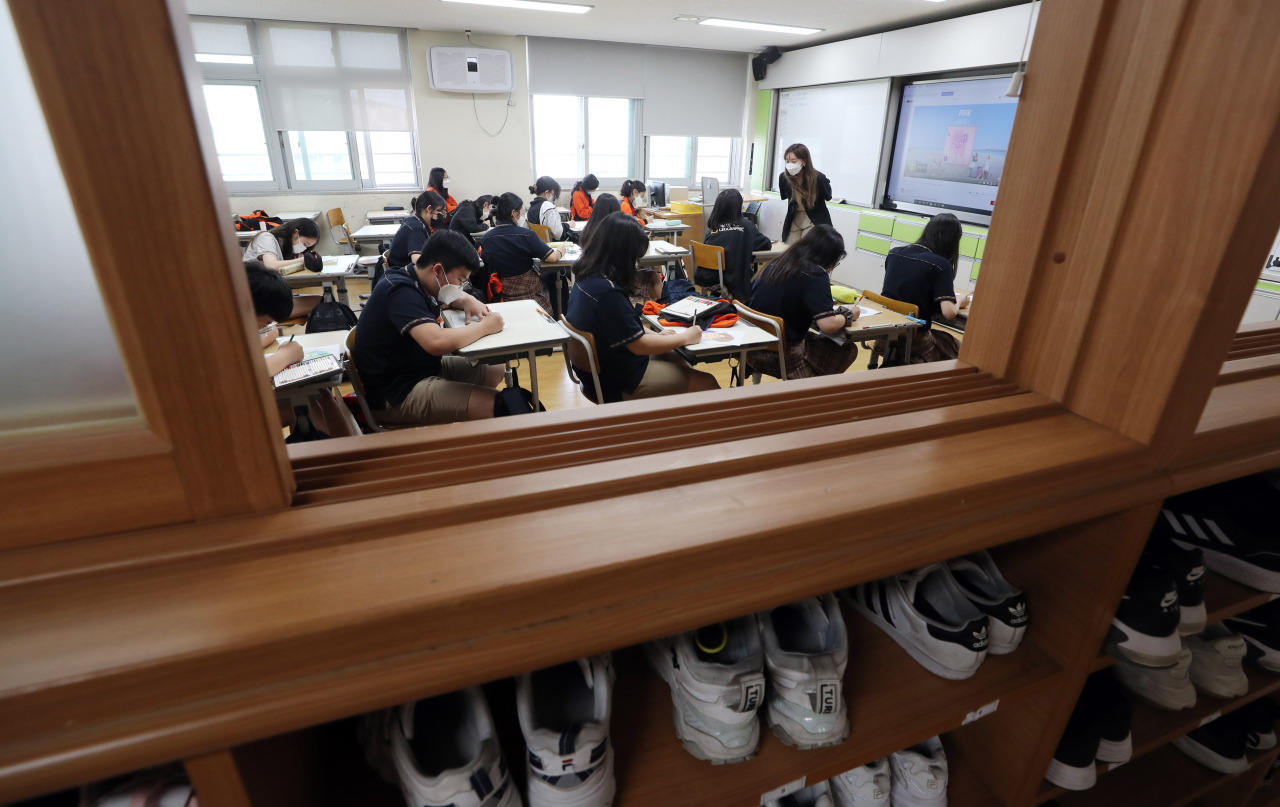 Students at a middle school in Yeosu, South Jeolla Province, attend in-person classes on June 7, 2021. The provincial education office resumed face-to-face learning at all regional elementary, middle and high schools the same day.(Yonhap)
Middle schools in the greater Seoul area are set to increase the portion of students attending in-person classes starting Monday ahead of the government's plan to fully resume classes from the fall semester, according to educational officials.

Under the plan, the cap on in-person attendance will increase from one-third of registered students to two-thirds under the Level 2 social distancing guidelines, enabling more students to take part in in-person classes, the education ministry and local education offices said.

Education officials also plan to expand in-person attendance rates for all students at vocational high schools under the Level 2 guidelines.

The move comes as the government is preparing to fully reopen face-to-face learning at all schools nationwide in September when the fall semester begins.

Some schools across the country have brought all students back to their classrooms for the first time since the pandemic began early last year, in an apparent sign that parts of the country, at least, are slowly going back to normal.

To better prepare for potential virus cases at schools, the Seoul education office plans to beef up antivirus measures, such as providing health guidance and necessary human resources.

On Sunday, South Korea reported 452 more COVID-19 cases, raising the total caseload to 147,874, according to the Korea Disease Control and Prevention Agency. (Yonhap)