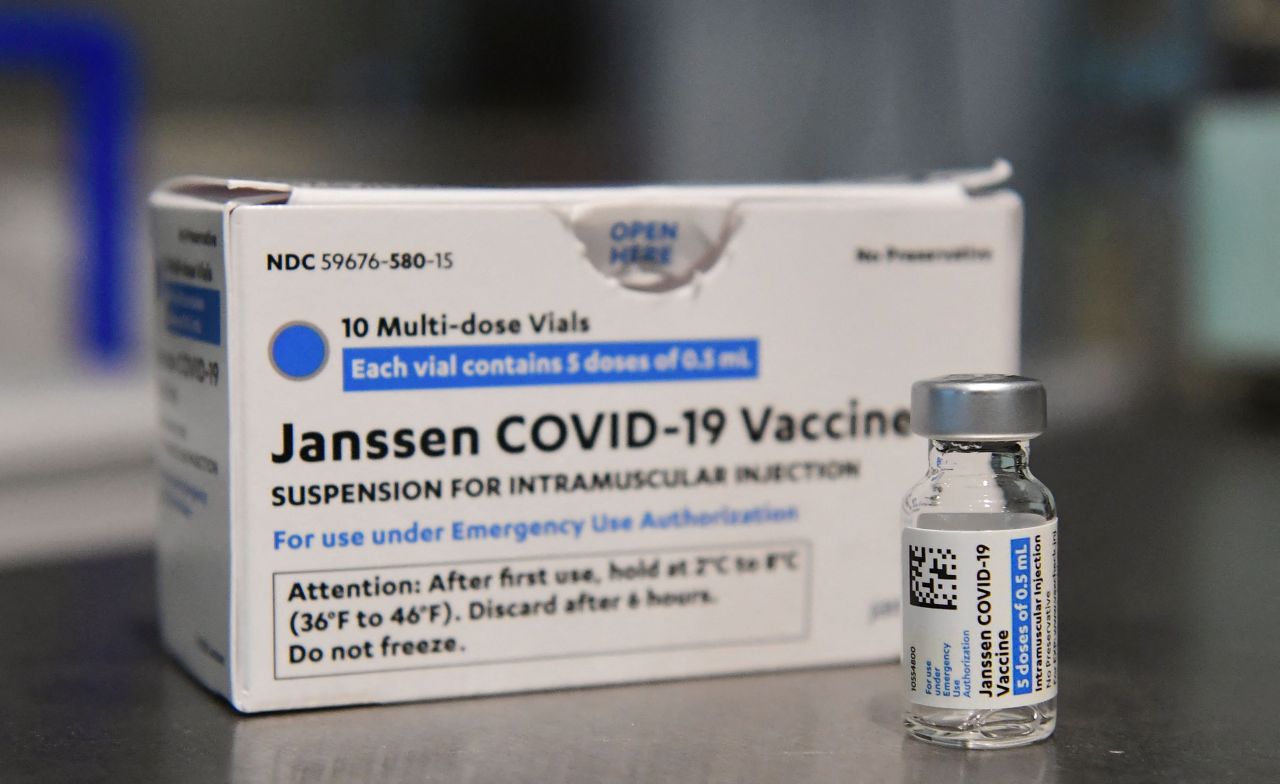 Johnson & Johnson?s Janssen Covid-19 vaccines are seen on a table in Los Angeles, California. (AFP-Yonhap)
Johnson & Johnson's Janssen COVID-19 vaccine supplied to South Korea was not produced in a troubled Baltimore factory that was forced to throw out about 60 million doses over possible contamination, the health ministry said Saturday.

South Korea has been administering Janssen's single-shot vaccine since Thursday to reserve forces, civil defense members and others in charge of defense and foreign affairs after the US.

A total of 453,732 people received Janssen's single-dose COVID-19 vaccine in the first two days of its inoculation, according to the Korea Disease Control and Prevention Agency (KDCA). Those aged 30 and below are not eligible for the vaccine due to concerns over rare blood clots.

As concerns grow over the Janssen vaccine following media reports over its safety, health authorities said the vaccine doses administered here were not from the troubled Baltimore factory, and they were authorized for use after passing the Ministry of Food and Drug Safety's test upon their arrival.

"Among the 1 million Janssen doses donated by the US, there were none manufactured in the Baltimore factory," the health ministry's central disaster response team said. "(Janssen's) vaccine bottles delivered to the nation are considered not contaminated."

According to media reports, the US Food and Drug Administration has told Johnson & Johnson to throw up to 60 million doses of its COVID-19 vaccine produced at the Baltimore factory due to possible contamination.

The New York Times report noted the Baltimore plant has been shut down for about two months and the vaccines in question were produced before the shutdown. (Yonhap)