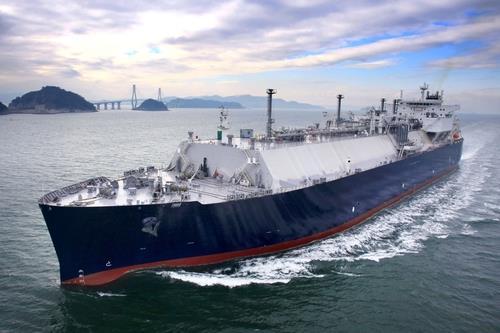 South Korea lost their No. 1 ranking to China in April, nine months after grabbing the top ranking in July 2020.

Chinese rivals were followed by Japan's shipbuilders, which won orders for five ships, or 110,000 CGTs.

Of the 89 ships, or 2.42 million CGTs, ordered across the globe in May, South Korean shipbuilders took up 59 percent and Chinese shipbuilders accounted for 36 percent.

Of the 48 ships powered by liquefied petroleum gas (LPG), 36 were obtained by South Korean shipbuilders.

Clarkson's Newbuilding Price Index, indicating price changes in newly built ships, came to 136.1 points in May, the highest level since it touched 137.8 points in December 2014. (Yonhap)