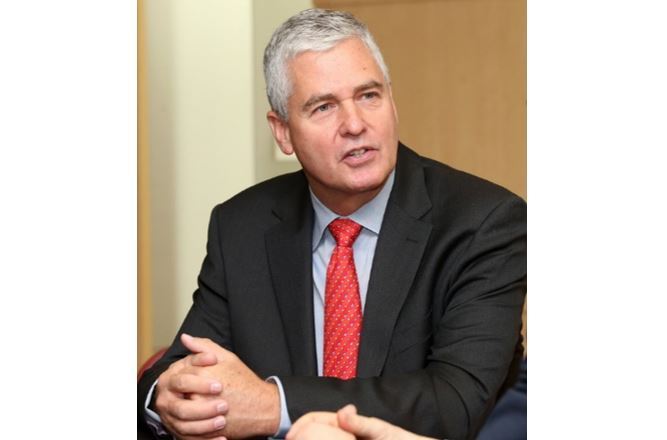 Dr. Frank Rijsberman
Korean President Moon Jae-in did make some strong commitments at the P4G Summit, repeating the country’s Net Zero 2050 pledge, an end to financing coal projects internationally, and a significant increase in the green share of Korea’s Official Development Assistance. At the summit, President Moon did not yet commit to a stronger Nationally Determined Contributions’ target for 2030, but he promised it will be announced before COP26 in November.

The Global Green Growth Institute (GGGI) held an official P4G side event on May 26, bringing together representatives of civil society groups, businesses, local governments, and industries to accelerate a path to a net-zero future.

Our event opened with GGGI President Ban Ki-moon urging the Republic of Korea to announce a stronger NDC -- similar to the EU, US, and Japan at 50 percent reduction of greenhouse gas emissions by 2030.

A highlight on May 26 was the Campaign Declaration from a wide variety of Korean stakeholders, presented from the stage, and handed over symbolically by GGGI President Ban Ki-moon to Director General for Climate Change, Energy, Environment and Scientific Affairs Lee Tong-q to accept it on behalf of the Korean government.

At GGGI we are very pleased with President Moon’s P4G Summit announcement that a Green New Deal Trust Fund will be established at GGGI, with a contribution of $5 million per annum. We look forward to seeing these commitments implemented. We are particularly interested to learn what Korea’s new NDC target for 2030 will be.

The most encouraging development during 2020 was the flurry of net-zero pledges by a range of countries. Now the focus is on how these pledges can be implemented and who will pay. Therefore, we had a strong focus on May 26 on the role of the Korean private sector.

I have to say that I was quite impressed by the presentations made by private sector representatives at our campaign event on May 26. Companies are effectively developing and implementing green technologies and strategies to achieve carbon neutrality while demonstrating that sustainability can be financially beneficial for companies.

For example, LG Chem is starting to utilize a circular economy approach to ensure the efficient use of resources and increase the percentage of recycled materials and products. They aim to minimize waste going to landfill by implementing a zero-landfill requirement for all their new operation sites, with their Michigan production facility already able to recycle 97.4 percent of their waste and 2.5 percent of waste converted to energy.

This strategy of generating less waste through improving material circularity not only helps to reduce CO2 emissions, but companies will be able to take advantage of additional savings from reduced disposal costs.

The company is taking additional measures toward carbon neutrality by prioritizing energy efficiency and renewable energy by implementing the RE100 initiative as well as the installation of energy efficient equipment, in order to achieve their pledge to maintain carbon emissions at 2019 levels of 10 million metric tons a year. Those are important steps in the right direction for a major chemical company.

In addition, Korea’s largest steelmaker Posco, the country’s largest wireless carrier SK Telecom, which is part of the SK Group, and the Korea South-East Power Co., an independent power company -- all announced their plans to achieve net zero by 2050.

After many similar panel discussions in the last few years where private sector representatives would point out that reducing emissions rapidly is very difficult -- and then stop -- we now had one representative after the other present aggressive plans of emission reductions to (close to) 100 percent by 2050!

I even heard panel members say that returning “Blue Skies” to Korea will be quite manageable, while reaching net zero will be harder. Companies presented targets such as 45 percent reduction by 2030, also in line with the needs of the Paris Agreement. In short, the shift in thinking in private sector companies present at our event towards implementation of Net Zero 2050 was a very pleasant surprise to me.

At other P4G side events that I moderated, on Green New Deal and Green Finance particularly, I saw similar signs of a society rapidly catching up with accelerated climate action, and dare I say it, a society with new energy and enthusiasm to embrace the necessary green growth transition.

I learned the Korean government is planning to adopt a “green taxonomy” later in 2021, to ensure serious action by the private sector is taken, and green washing is prevented.

The adoption of “ESG standards” by the private sector appears to be an inevitable next step, spearheaded by the standards developed by the Task Force on Climate-related Financial Disclosures that has been adopted by key Korean regulators.

While financing of Net Zero 2050 will remain a point of discussion for some time, the new Carbon Neutrality Commission also met for the first time Saturday, May 29, with active participation of the Ministry of Economy and Finance, as well as the Korean Development Bank and the country’s largest institutional investor, the National Pension Service.

In short, I came away more optimistic and more energized by our campaign event and a number other P4G side events, that Blue Skies may return to Korea, and Korea will join the other front-runners to fight the climate crisis, as a leader in Asia. I hope our campaign, and the discussions we were able to initiate, have contributed to this success in a modest way.