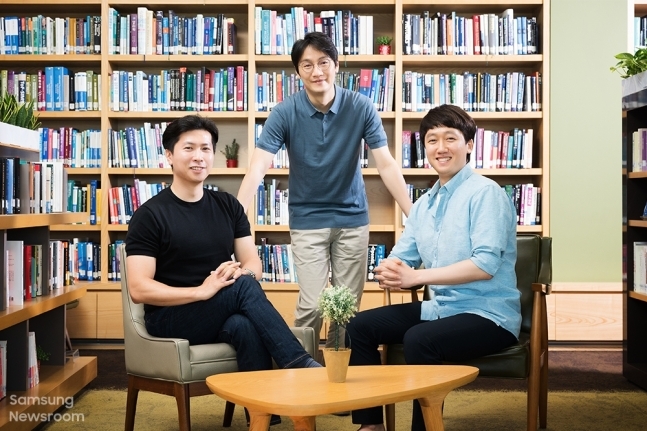 Samsung Electronics has developed stretchable OLED displays that can stick to skin like rubber bands and monitor the wearer’s heartbeat, it said Sunday.

According to the South Korean tech giant, researchers at its in-house R&D unit Samsung Advanced Institute of Technology have successfully melded a stretchable organic light-emitting diode display with a photoplethysmography sensor into a single device to measure and display the user’s heart rate in real time.

“The strength of the newly developed technology is that it allows you to measure your biometric data without having to remove the device since it is keenly attached to your body,” said Yun Young-jun, a principal researcher at SAIT who co-authored the paper.

The research, published Friday in the journal “Science Advances,” is the world’s first that shows the viability of a commercial free-form device based on the stretchable display technology, Samsung explained.

To make the sensor and display stretchable without comprising their performance, the researchers used specially modified “elastomer,” an advanced material with high elasticity and resilience. Elastomer, despite its potential for free-form displays, has had limits as it is vulnerable to heat, but the Samsung researchers have engineered its molecular composition to overcome the weakness, the firm said.

In their test, the sensor and the display using the elastomer continued to operate normally and did not exhibit any performance degradation with elongation of up to 30 percent. It also continued to work stably even after being stretched 1,000 times.

SAIT’s Yun expressed hope that their study leads to the development of stretchable health care devices for by all genders, ages and even patients with illness.

Chung Jong-won, another researcher behind the study, said, “In addition to the heartbeat sensor that was applied in this test case, we plan to incorporate stretchable sensors and high-resolution free-form displays to enable users to monitor things like peripheral oxygen saturation, electromyogram readings and blood pressure.”