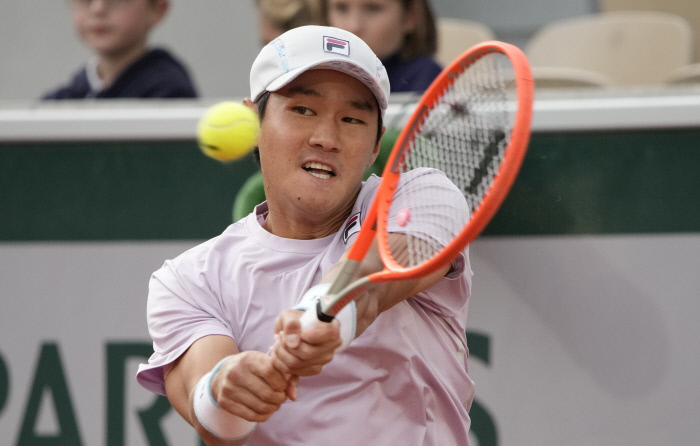 Kwon, world No. 91, dropped a straight-set decision against the ninth-ranked Matteo Berrettini, 7-6 (8-6), 6-3, 6-4, in their men's singles match at Court Simonne-Mathieu inside Roland-Garros in Paris on Saturday (local time).

This was Kwon's first appearance at the third round of a Grand Slam tournament. The 23-year-old is expected to crack the top 80 in the next world rankings.

Kwon played Berrettini tough in the opening set, each trading games until they got to 5-5. In the tiebreak, Kwon rallied from 6-3 down to make it a 6-6 duel.

But then Kwon hit a forehand into the net, and Berrettini got the set-closing point on the next serve.

In the second set, Kwon got broken when trailing 4-3 in games, and Berrettini took the set 6-3.

The Italian player broke Kwon en route to building a 3-1 lead, and finished off Kwon in two hours and 11 minutes.

Berrettini had 23 aces to just one by Kwon, who didn't have one break point in the loss. (Yonhap)