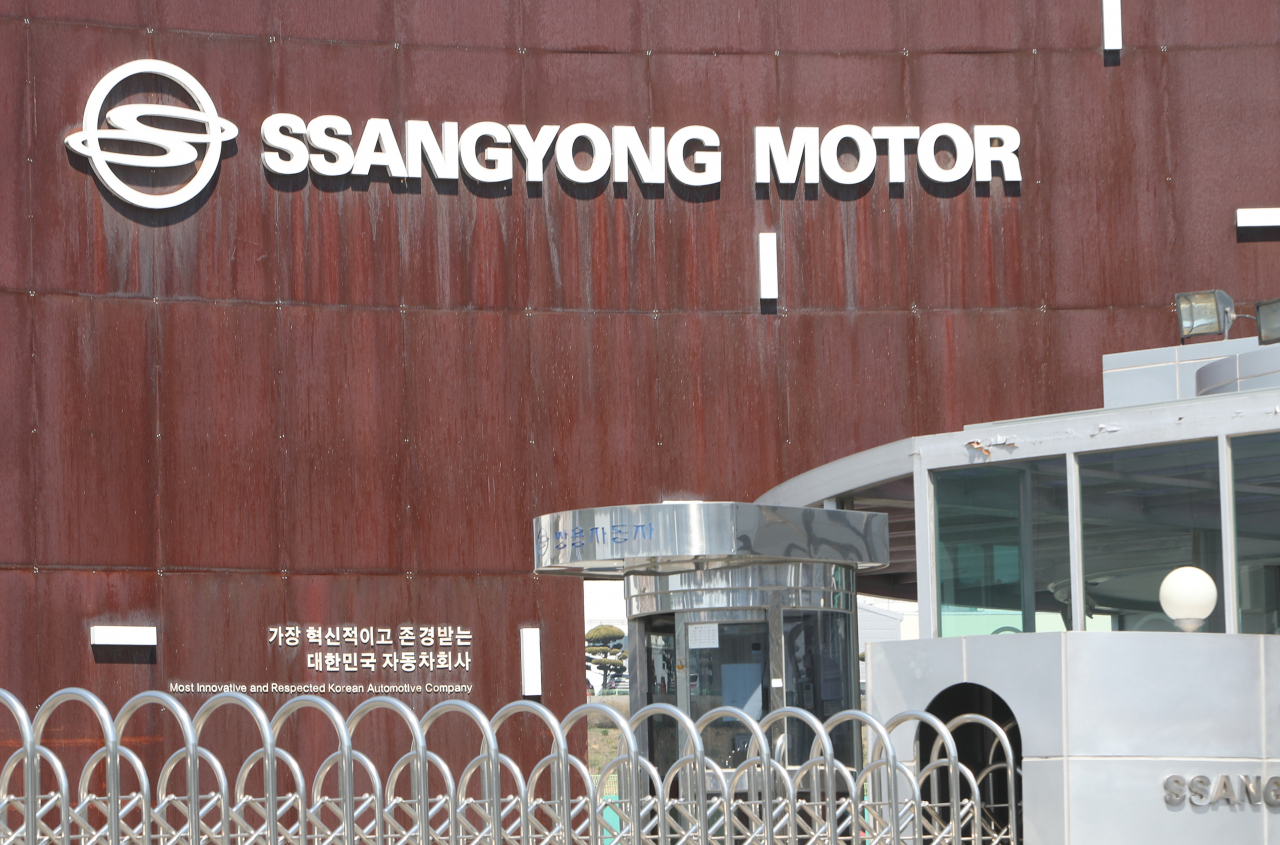 SsangYong Motor, under court receivership, offered a two-year unpaid leave to half of its 4,732 employees, while demanding them to accept an extension of lower wages and suspended welfare benefits until June 2023, a person familiar with the matter told Yonhap News Agency over the phone.

The company also offered an additional 20 percent pay cut to executives whose wages have already been reduced by 20 percent, he said.

SsangYong's unionized workers plan to vote on the proposals next week.

If they vote to accept the proposals, the company plans to submit the unpaid leave plan to the Seoul Bankruptcy Court, the person said.

SsangYong has been in the court-led debt rescheduling process since April 15, as its Indian parent Mahindra & Mahindra Ltd. failed to attract an investor amid the prolonged pandemic and worsening financial status.

It is the second time for SsangYong to be under court receivership after undergoing the same process a decade ago.

Court receivership is one step short of bankruptcy in South Korea's legal system. In receivership, the court will decide whether and how to revive the company.

The court has yet to select a lead manager to handle the process to sell the SUV-focused carmaker, a company spokesman said.

SsangYong filed for court receivership late last year after failing to obtain approval for the rollover of 165 billion won ($147 million) worth of loans from creditors.

Under court receivership, SsangYong's survival depends on whether there will be a new investor to acquire a streamlined SsangYong after debt settlement and other restructuring efforts. (Yonhap)