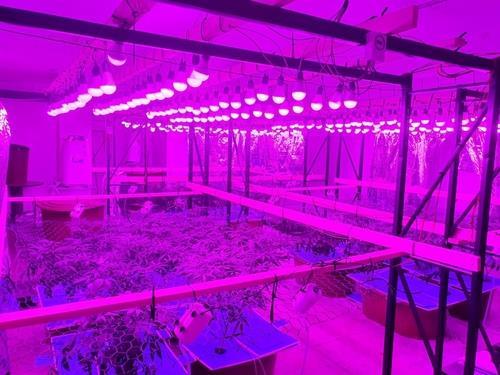 The Seoul Metropolitan Police Agency said 521 suspects -- 49 distributors and sellers of smuggled drugs and 472 drug buyers and users -- were apprehended and 13 of them were placed under arrest.

The suspects are accused of using cryptocurrencies and the dark web to buy and sell cannabis and other banned substances smuggled from abroad, the agency said, adding some of the offenders cultivated the illegal drugs in South Korea.

Police seized narcotics worth 10.86 billion won ($9.8 million) from the suspects, noting the seizures include 63.5 kg of cannabis, enough to be smoked about 210,000 times, methamphetamine, cocaine and ketamine. They also confiscated 580 million won in criminal proceeds from the suspects.

Police said they are tracking down an overseas drug distributor suspected of having operated a domestic drug sales site on the dark web, only accessible by a specialized web browser, and distributing drugs nationwide.

"Some people tampered with narcotics, thinking the dark web or cryptocurrency cannot be tracked," a police official said."But specialized investigative personnel are constantly cracking down on drug offenders. In particular, a special investigation team in charge of the dark web and virtual assets has been in operation since last August," the official said. (Yonhap)