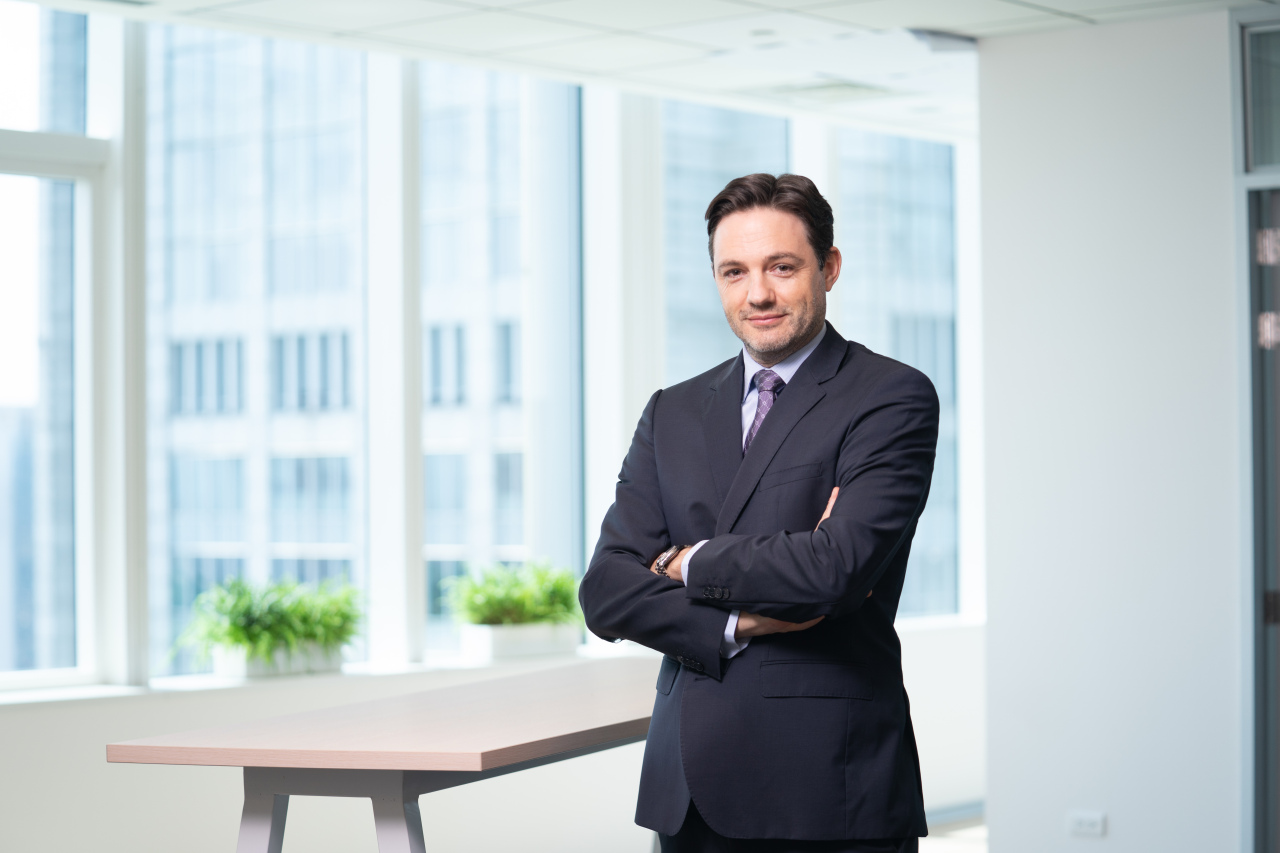 Matthias Bausenwein, president of Orsted Asia-Pacific (Orsted)
The Korea Herald is publishing a series of interviews with the lineup of speakers who will discuss solutions to the climate crisis at the H.eco Forum, which is scheduled to be held virtually on June 10 under the theme “We Face the Climate Clock.” – Ed.


South Korea is a relative latecomer to renewables.

Asia’s fourth-largest economy, however, still has time to catch up with its competitors and lead the world in offshore wind power, according to Matthias Bausenwein, who leads Asia-Pacific operations for Orsted, a Danish offshore wind giant.

“If the government and companies work together, with effective systematic support, there is enormous potential that Korea can grow as one of the leaders in wind power,” he said in an interview with The Korea Herald.

What differentiates Korea from neighboring countries is “its already existing supplier base” as well as “the solid infrastructure with a strong technology foundation to develop new businesses,” he said.

Bausenwein is one of the speakers scheduled to present information at the H.eco Forum scheduled for June 10 in Seoul. In his speech, he plans to introduce Orsted’s journey of positioning itself as a leading firm in the renewables industry and its ambition to spur Korea’s transition to green energy. 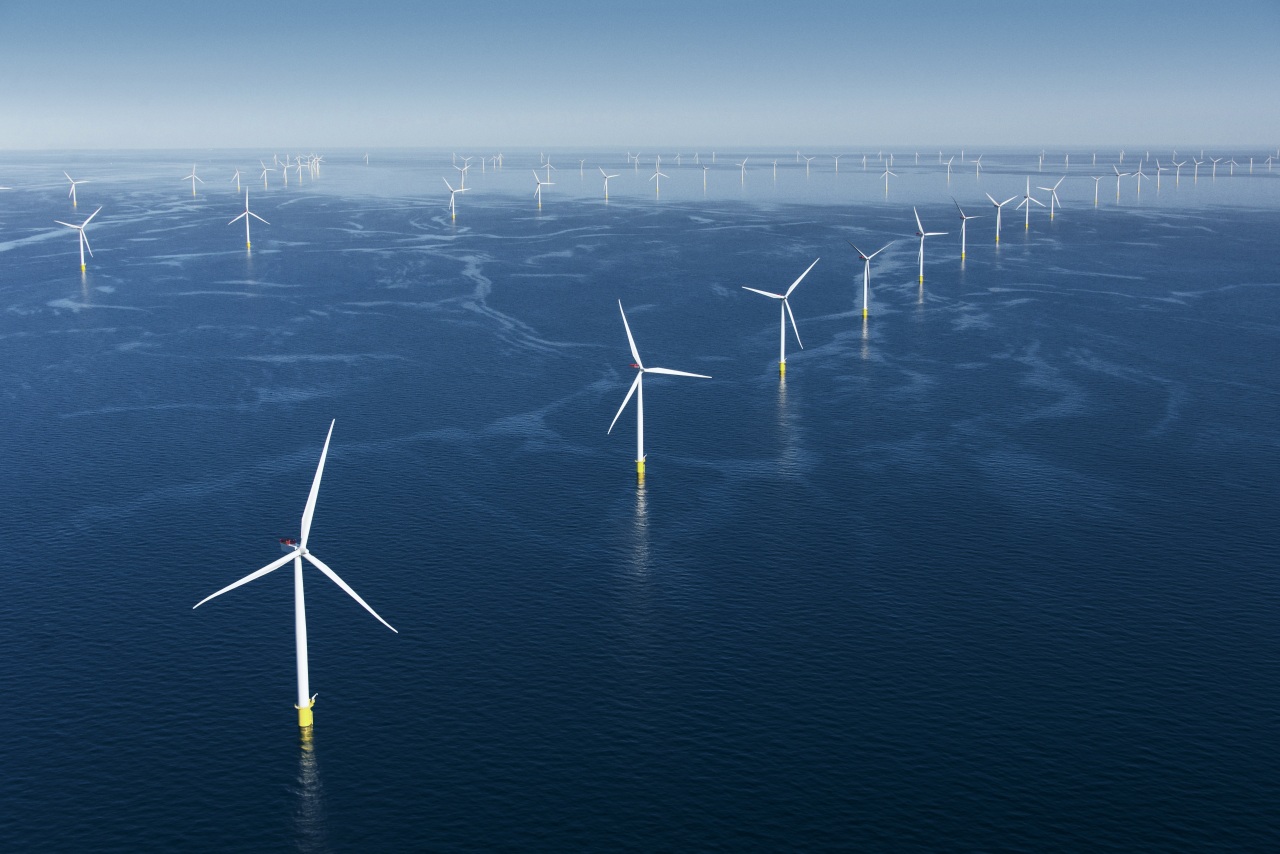 Anholt Offshore Wind Farm in Denmark with an installed capacity of 400 MW.(Orsted)
Having started out as the Danish state-owned fossil fuel company Dong Energy, Orsted has undergone a dramatic transformation over the past decade, becoming the world’s largest offshore wind farm developer with a 25 percent market share. Its green energy share in power and heat production has surged from 17 percent in 2006 to 90 percent in 2020, and it aims to go carbon neutral by 2025. It was ranked the world’s most sustainable energy company on the Corporate Knights Global 100 Index for three years in a row.

Making sweeping changes to its existing business portfolio to become a pioneer in green transitions was not a “no-brainer,” Bausenwein said, especially at a time when offshore wind was still expensive and there were not enough reliable suppliers.

“It’s never easy to make significant changes to your business, especially when you’ve been good at doing it for so long,” he said, adding that the first step was to “create awareness of the longer-term challenges to the fossil fuel business” and assess opportunities in the renewable energy market.”

Since Orsted built the world’s first offshore wind farm in 1991, it has installed more than 1,600 wind turbines in the sea worldwide, with offshore wind projects constructed and under construction amounting to around 9.9 gigawatts. 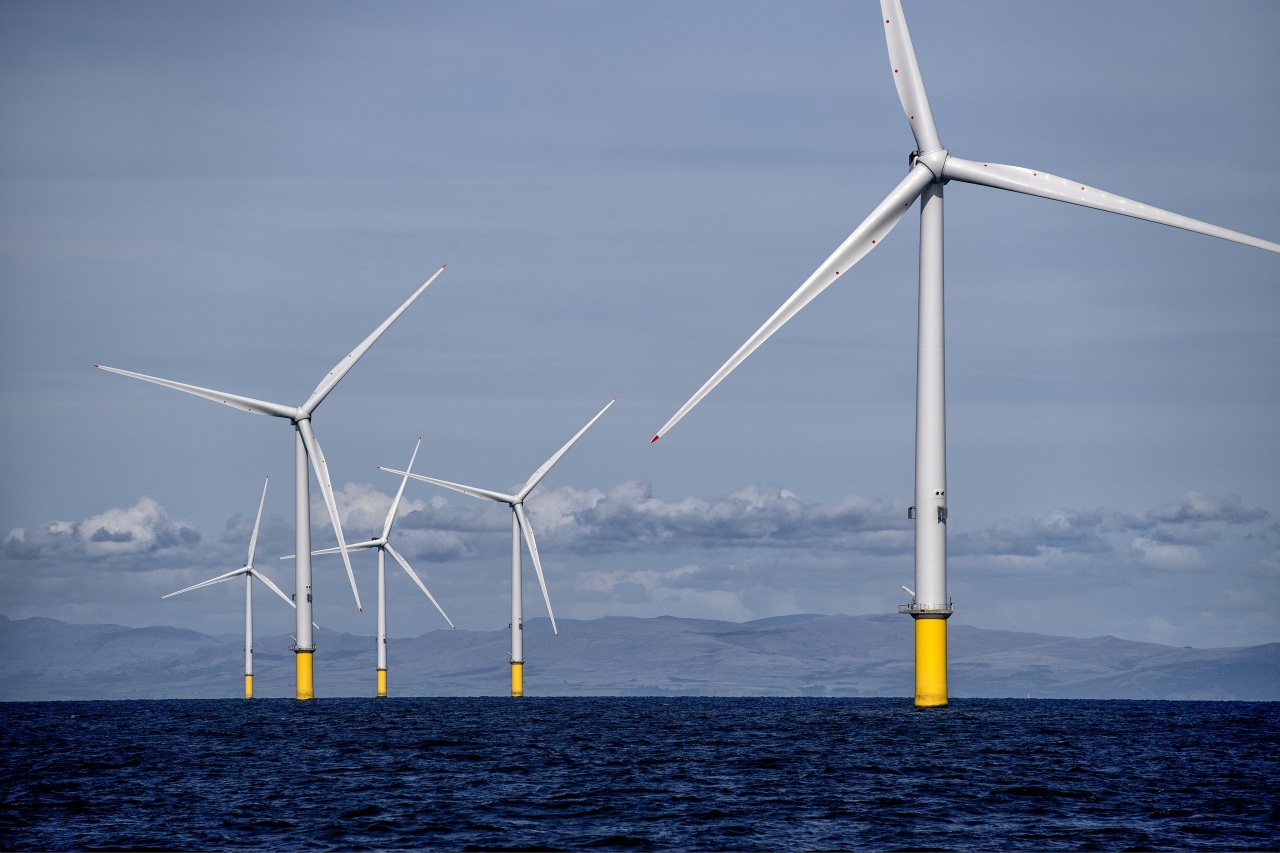 Walney Extension Offshore Wind Farm in the United Kingdom with an installed capacity of 659 MW.(Orsted)
For Korea, offshore wind power could be a “strong alterative,” he said, noting that wind power is more energy efficient than solar power and that Korea has limited land and relies heavily on fossil fuels.

In Korea, Orsted wants to develop some 1.6 gigawatts of offshore wind in waters off Incheon to provide clean power to 1.4 million Korean households per year, with commissioning of the facilities expected to take place in 2026 or 2027.

The project could cut about 4 million metric tons of carbon dioxide annually, which is the equivalent of taking 1.9 million cars off the road, according to Orsted.

“Moreover, the Incheon project, a flagship of its kind for Korea, will bring multitrillion won of investment, generate economic activities, and create high-quality jobs,” he said.

This comes in line with the Korean government’s ambitious plan to install 12 gigawatts of offshore wind capacity by 2030 as the coal-reliant country seeks to shift away from fossil fuels and increase the use of renewable energy to 20 percent of all the electricity it generates by 2030. Joining the global fight against climate change, Korea, the world’s seventh-largest carbon dioxide emitter, also pledged to reach net zero emissions by 2050.

Seeing the high potential for offshore wind projects beyond Incheon, Orsted is accelerating its move to build long-term, sustainable partnerships with local companies.

Last week, the energy firm signed a memorandum of understanding with the country’s biggest steelmaker, Posco, that would “support the development” of the Incheon offshore wind projects. The two firms also agreed to conduct feasibility studies on collaboration on renewable hydrogen.

Orsted is ready to work with local partners and supply chains not only to contribute to Korea’s energy transition but also to create an entire ecosystem to bring economic benefits and access to green energy to companies in need, Bausenwein added.