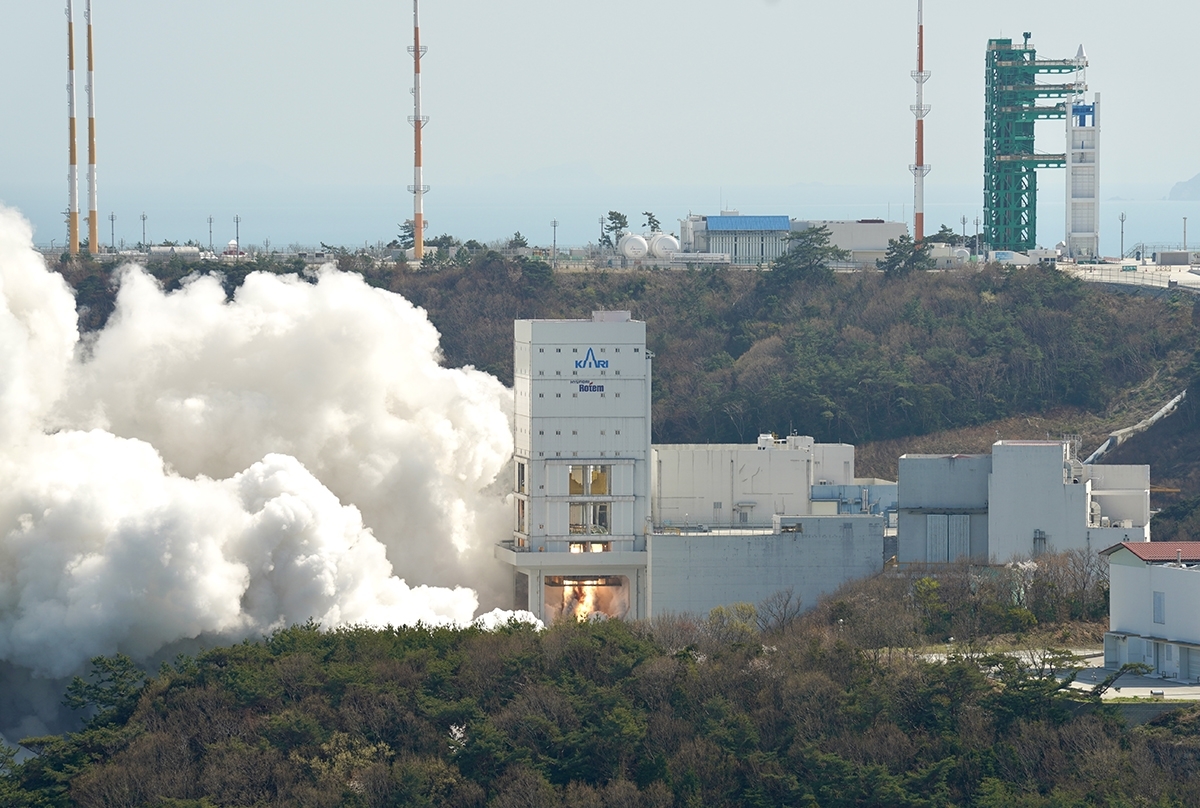 Smoke emanates from the Naro Space Center in Goheung, South Jeolla Province, 473 kilometers south of Seoul, in this file photo taken March 25, 2021, as the first-stage engines of South Korea's Nuri rocket undergo a combustion test. (Yonhap)
South Korea's science minister said Monday the country will expand investment and focus on the development of its space program after the United States lifted all restrictions on the country's missiles.

During a bilateral summit on May 21, South Korea and the US agreed to scrap the restrictions on South Korean missiles, which was first put in place in 1979 and had limited Seoul's development of even non-military space projectiles.

The guidelines, which have undergone revisions over the years, had restricted Seoul's development of solid-fuel space rockets until last year.

The latest decision to terminate the guidelines ensures complete autonomy for South Korea's space launch vehicle developments, the Ministry of Science and ICT said in a statement.

As follow-up measures to the recent summit, South Korea has also signed the Artemis Accords, a US-led international agreement for lunar exploration, as well as an agreement with the United States for cooperation on civil global navigation satellite systems.

"The South Korea-US summit and subsequent measures have presented South Korea an opportunity to become a leading country in the space industry," said Science Minister Lim Hye-sook during a meeting with space industry companies and institutes.

"Through the Artemis Accords, we will also expand investment into space exploration," Lim said.

The country also plans to launch its first lunar orbiter next year to conduct an observation mission of the moon throughout 2023. (Yonhap)