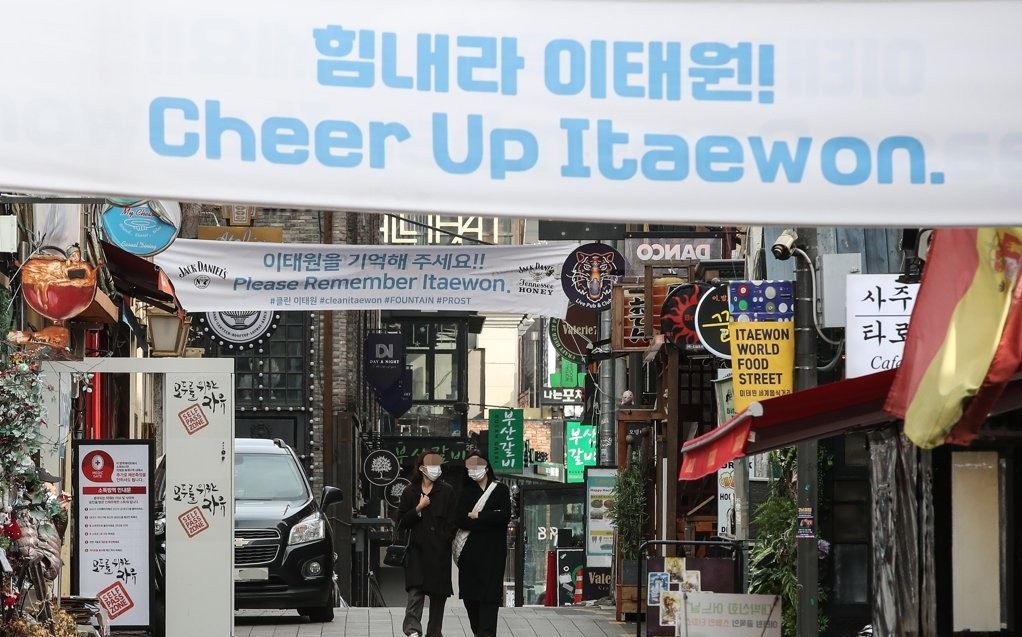 This photo shows a street in Itaewon in Seoul. (Yonhap)
A US Forces Korea service member is under investigation for allegedly assaulting three South Korean men while under the influence, police said Sunday.

The 34-year-old staff sergeant, stationed with the Eighth Army in Pyeongtaek, was apprehended by police in the popular nightlife district of Itaewon late Saturday and transferred to the military police.

The unnamed soldier is accused of first punching a 20-something man in the face on Itaewon's streets and then knocking a 40-something man from his motorbike before assaulting him further, according to the police. Minutes later, he allegedly punched a third man in his 30s who came after him.

"The suspect was so inebriated that we had to call emergency medical services on him," a police official said. "We have booked him on assault charges and are investigating him." (Yonhap)