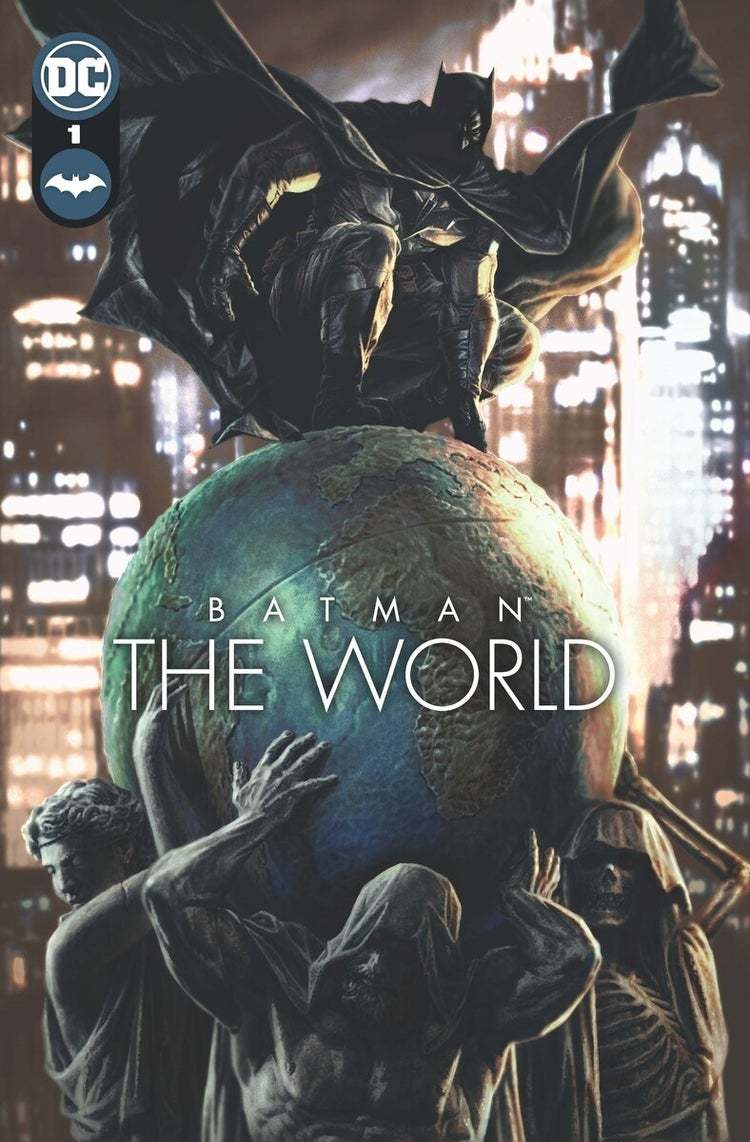 Cover and poster for “Batman: The World” (DC Comics)
The iconic superhero Batman will be created by a Korean writer and cartoonists, this time against the backdrop of Seoul.

DC Comics is to publish a series set in 14 countries around the globe -- Korea, China, Japan, US, France, Spain, Italy, Germany, Czech Republic, Russia, Poland, Turkey, Mexico, and Brazil -- working with writers from the respective countries.

Spurred by the Dark Knight’s realization that his fight for justice should not be limited to Gotham city, the global collaboration series is the first of its kind for DC Comics since its founding in 1934.

Throughout the localized anthology featuring Batman’s past and present, international voices are delivered by influential and talented writers.

Lee Yong-chul, also known as Jim Lee, publisher and chief creative officer of DC comics, is an American cartoonist born in Korea who is in charge of managing “Batman: The World” series. “Batman has grown into a true pop culture icon, known the world over,” Lee said in a press statement.

Lee said the global project will serve to show fans that Batman is more than a character: He is a phenomenon that transcends languages and borders. 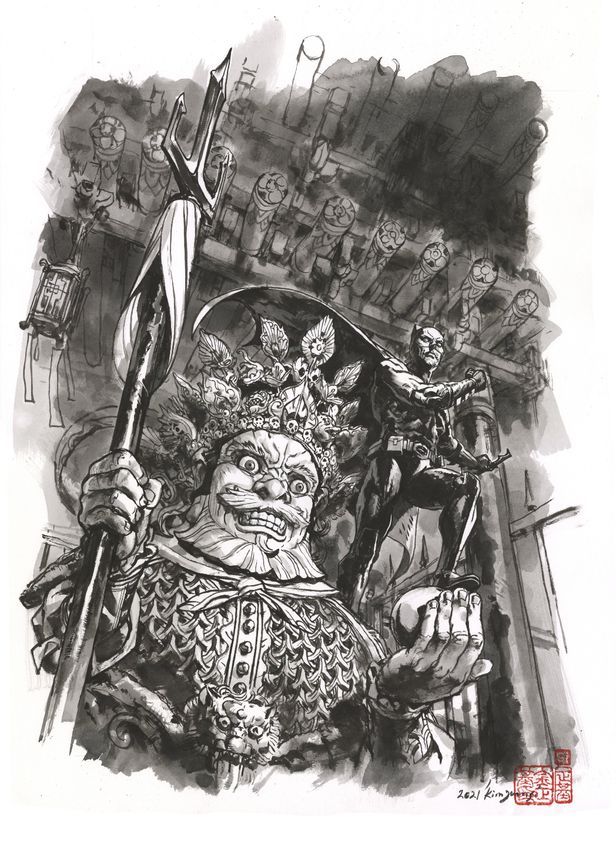 Batman, drawn by Korean cartoonist Kim Jung-gi. The drawing is expected to be the cover of the Korean edition of “Batman: The World.” (DC Comics)

Batman, drawn by Korean cartoonist Park Jae-kwang. The stage is set in Jongno-gu, Seoul. (DC Comics)
“Batman: Moonin,” is the title featuring Korea and takes place in Jongno-gu, central Seoul. The plot unfolds as “Moonin,” a device that reads and visualizes human memories, is stolen while in development by a Korean company.

Batman visits Seoul to confront a group of gangsters involved in the theft to recover the device. Within the plot, confrontations with local gangsters take place some of Joseon-period royal palaces located in Jongno. A newly created Korean character will also appear in the story.

The 184-page original Batman project is expected to launch worldwide on Sep. 14, both in digital and physical format.