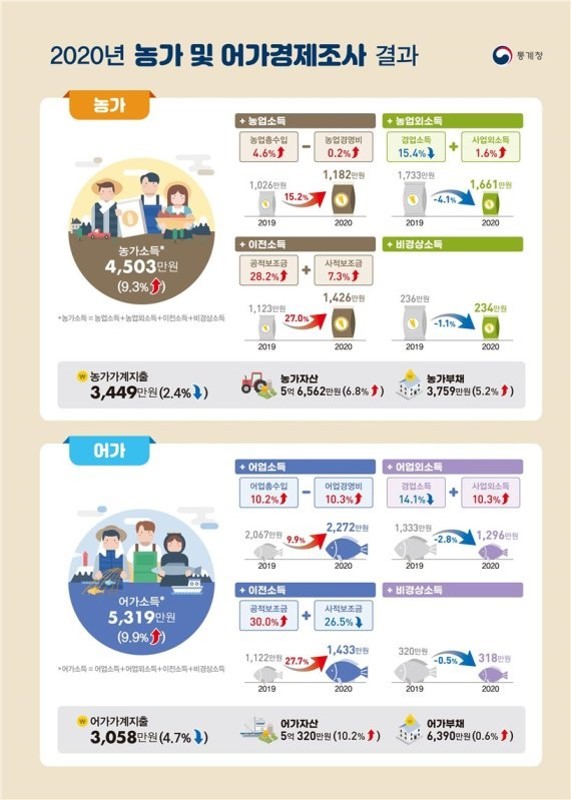 The average farm household earned 45 million won ($40,300) last year, up 9.3 percent from the previous year, according to data by the Statistics Korea released on Wednesday. It was a record high for the industry since the institution started compiling relevant statistics.

Similarly, the increase was backed by a 27.7 percent surge, or 3.1 million won, in combined transfer income. Most of the added income was from aggressive government spending which increased by 30 percent over the year.