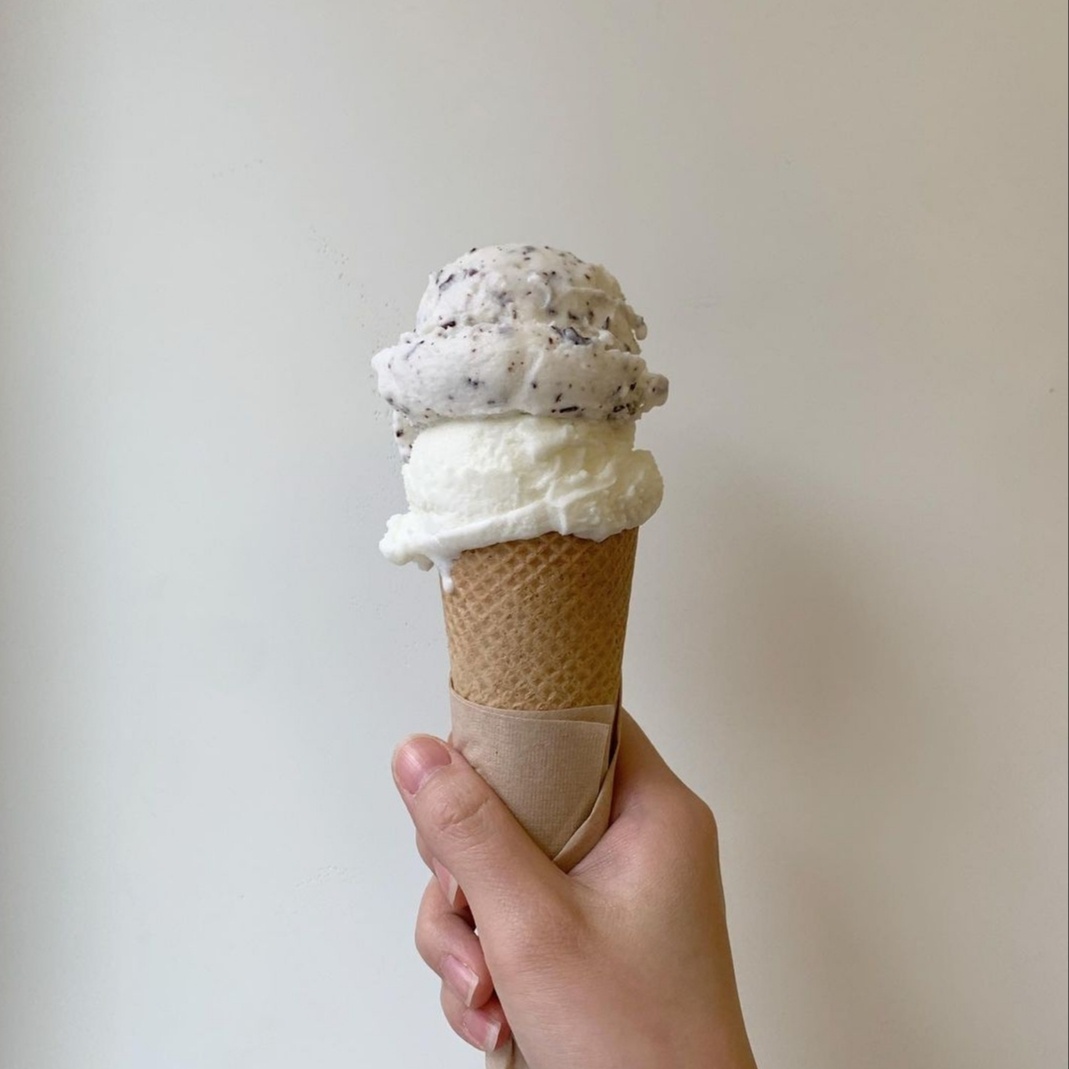 Gelateria Dodo’s artisanal gelato is made fresh daily using a vertical gelato batch freezer. (Gelateria Dodo)
It was Gelateria Dodo owner Shin Ye-ha’s penchant for the Italian dessert that prompted her to open her own gelato spot.

“I have always liked gelato and there was this gelateria I frequented,” Shin, 30, explained in an email interview. “One day the owner told me the shop would be closing.”

After hearing she would no longer be able to get her regular gelato fix, Shin decided to learn how to make it herself and tapped the owner of her favorite gelateria for knowledge.

After learning how to make gelato from the owner of her favorite gelateria, Shin opened Gelateria Dodo in Seoul’s Songpa-dong last May.

Her rotation of eclectic flavors like basil and olive oil attracted attention, which led to a pop-up store in Seoul’s Cheongdam-dong.

“Response from customers of the pop-up store was good, so for the first time I thought about opening a store in Cheongdam-dong,” said Shin. 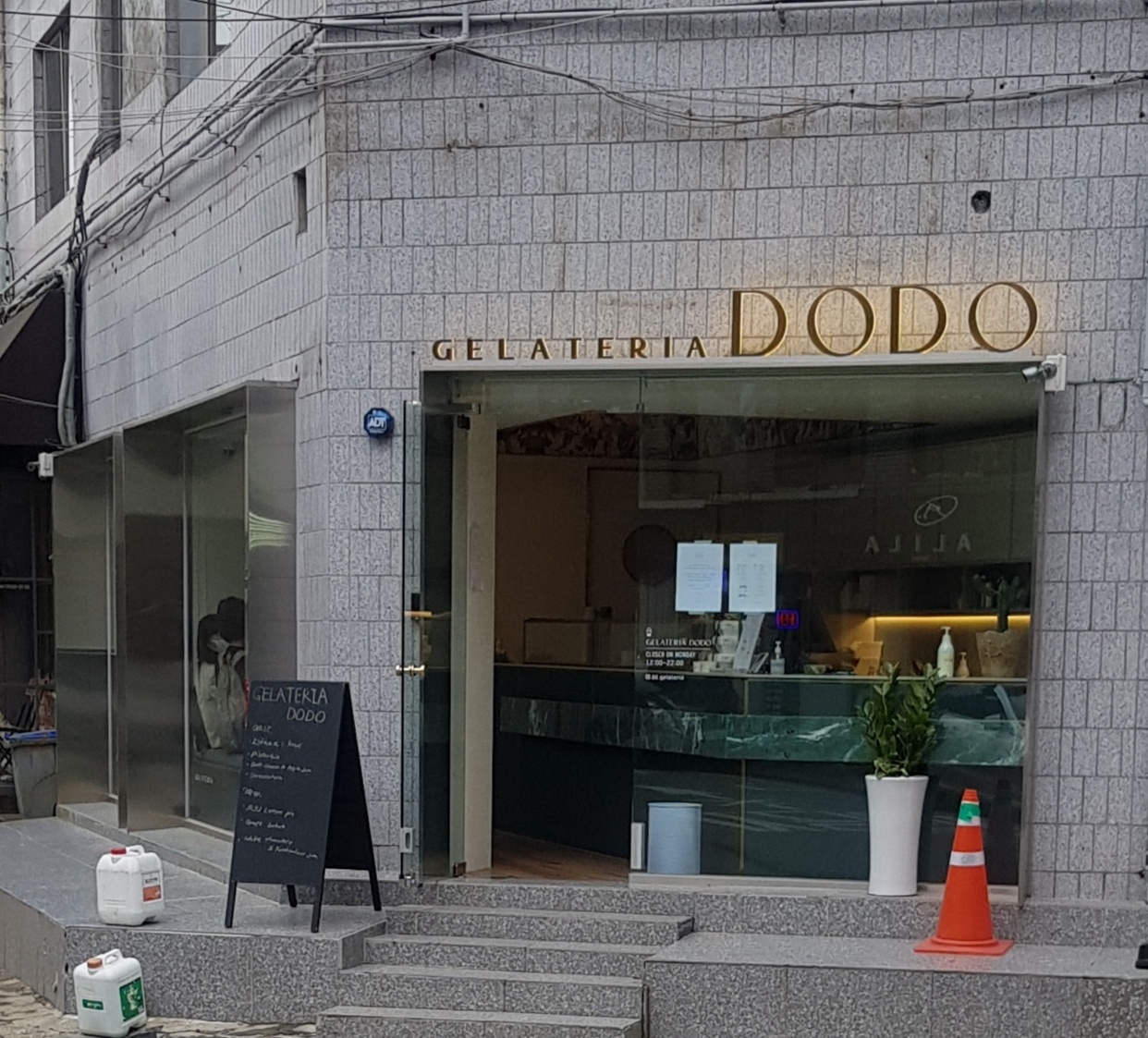 Shin’s latest shop, situated at the corner of a small intersection near Apgujeong’s Rodeo Drive, serves up creamy, dreamy scoops of silken gelato in flavors like mango coconut, and brie cheese and apple jam.

“We use fresh mango and coconut milk,” said Shin of their mango coconut gelato.

Among the rotation of flavors, one of Dodo’s standouts is their take on the popular Ispahan macaron -- an alluring combination of rose, lychee and raspberry made famous by its creator Pierre Herme. 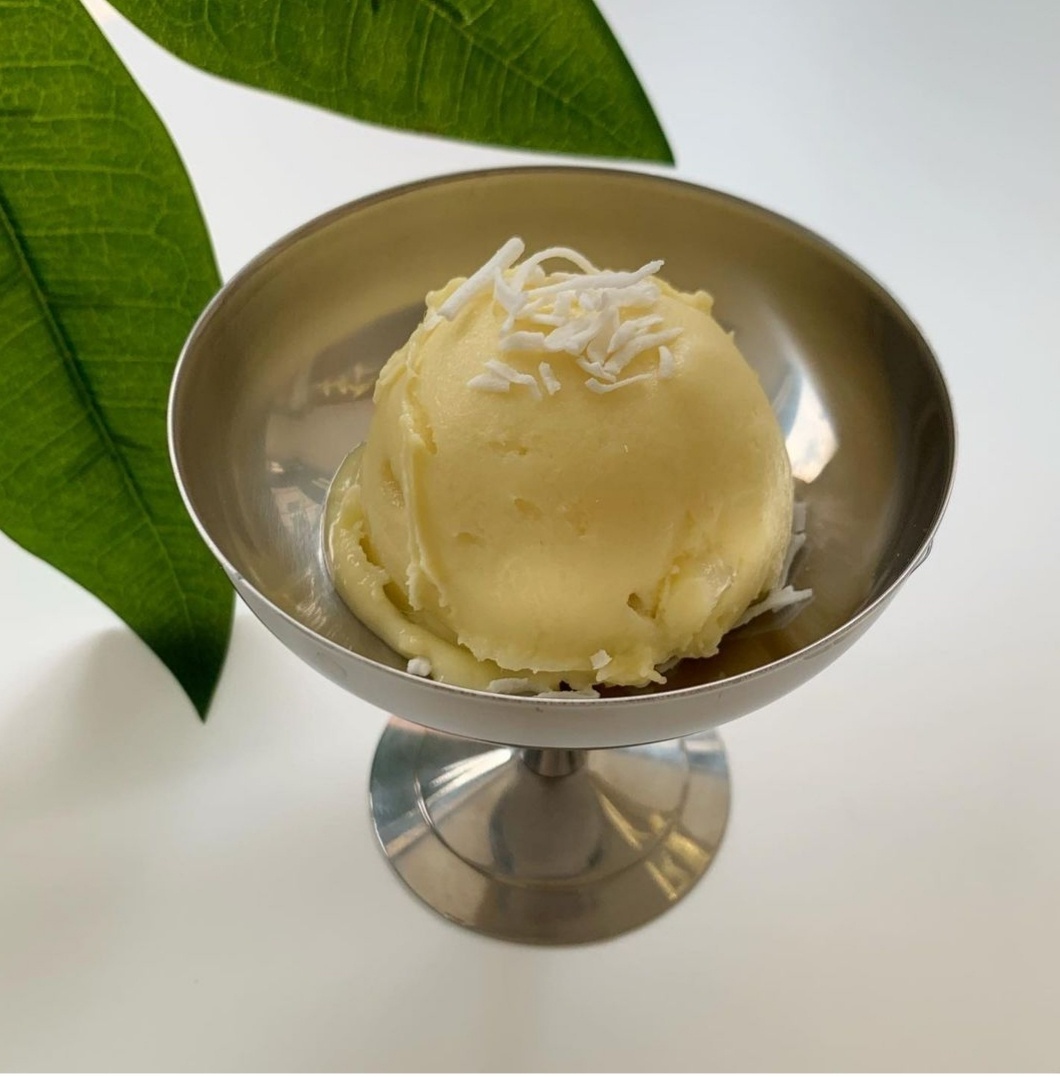 “I put in house-made raspberry puree and lychee to add a bit of acidity,” Shin elaborated.

An extra dollop of raspberry puree, right on top of the gelato, sweetens the deal.

Then there is her take on dark chocolate, an uber-intense gelato that lives up to its chocolaty moniker.

Here dairy takes a backseat; and while Shin’s other gelatos boast a satiny mouthfeel, her dark chocolate sports a beautiful marshmallow-like texture, neither too chewy nor too creamy.

“I wanted a classic and flawless flavor,” she said of why she chose this particular chocolate.

Shin also uses Valrhona’s Guanaja 70 percent for her take on the traditional stracciatella. Of the satiny mouthfeel of her gelato, Shin said, “We work hard to achieve a creamy and silky texture.”

To achieve her ideal texture, Shin plays close attention to the balance of milk solids and other solids in each recipe.

She also sends a nod to her vertical gelato batch freezer.

“While churning the gelato vertically does require more work,” Shin said, “I can check the texture continually and adjust accordingly.”

Shin says Dodo’s gelato is freshly made every day, as is the standard for authentic artisanal gelato.

“We make around 10 flavors daily at each store,” said Shin.

Take-out and delivery via Baemin and Coupang Eats available