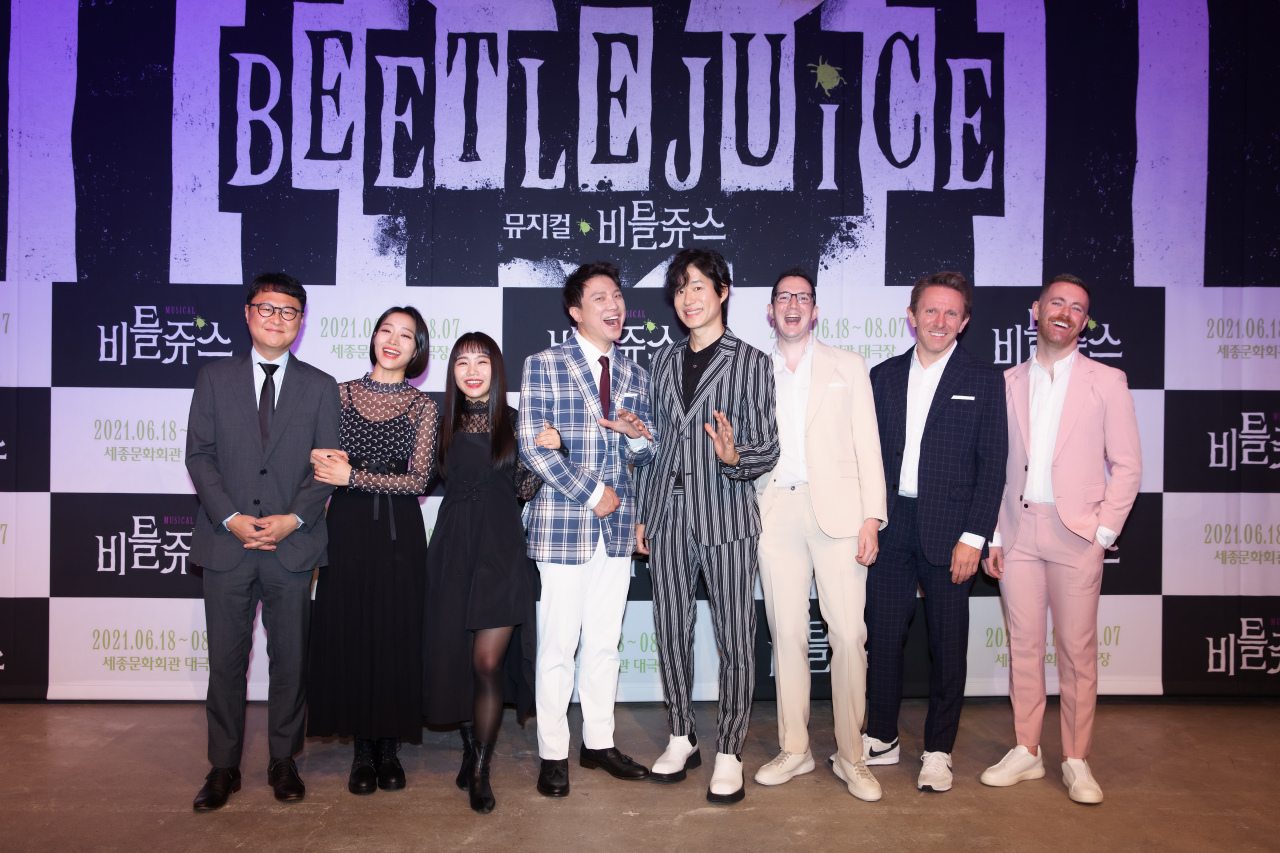 The Korean-language licensed version of Broadway musical “Beetlejuice” is scheduled to open June 18 at the Sejong Center for the Performing Arts in central Seoul.

Based on the iconic 1988 Tim Burton film of the same title, the musical had its Broadway premiere in 2019, following a pilot run a year earlier. The Korean staging marks the first licensed version of the musical.

The plot revolves around Beetlejuice, who lived in the Netherworld for 9.8 billion years by himself. Wishing to befriend Adam and Barbara who recently died in an accident, he tries to scare away unwelcome new inhabitants at their house.

“The musical is based on Tim Burton’s iconic film. But unlike the film, we focus more on Lydia’s journey, putting her in the center,” Matt DiCarlo, the associate director of the show production in Seoul, said at a press event held online Monday.

He counted the stage design to be one of the highlights of the musical, mentioning that the house -- where most of the story takes place -- “has its own life.”

“The show is full of spectacle, but inside, it is rooted in the story of life. It is wildly epic and incredibly intimate at the same time,” the director said. 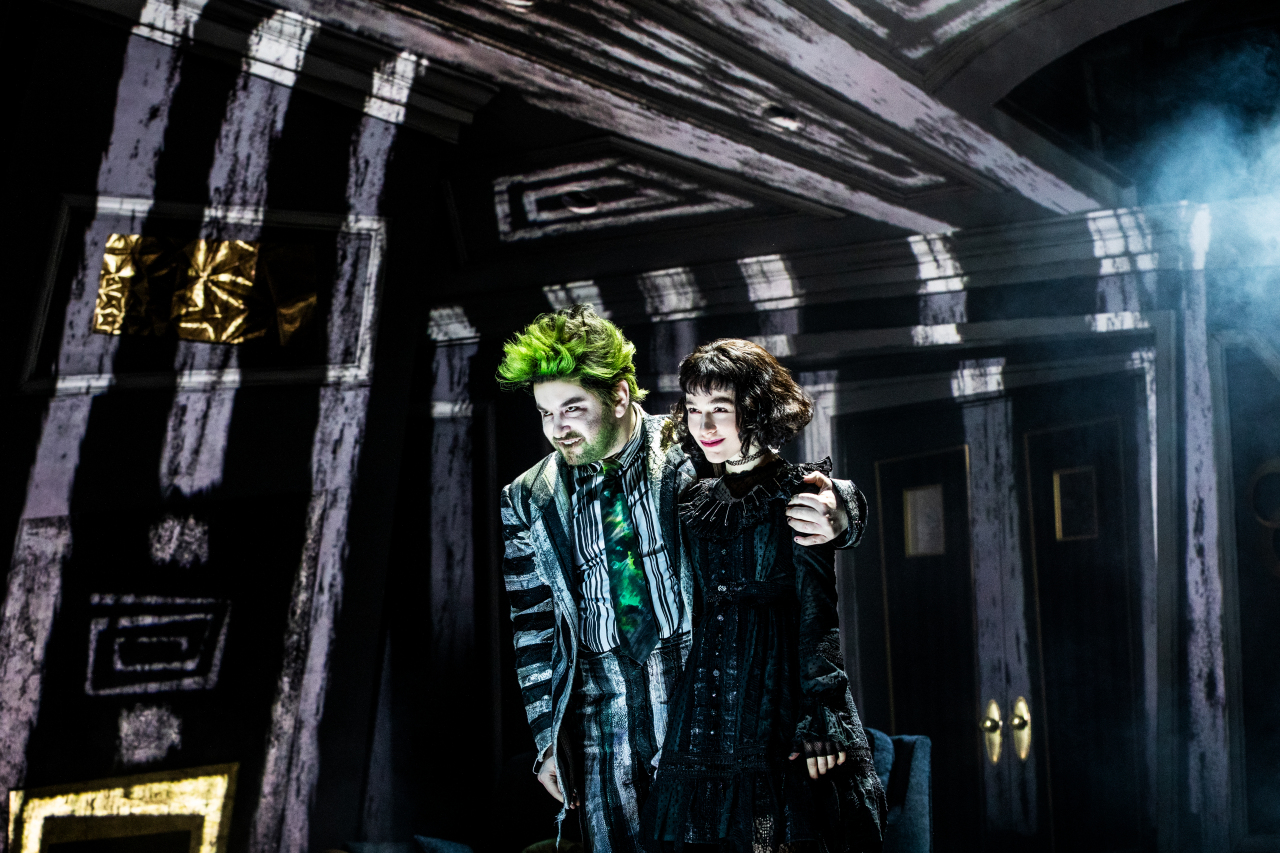 A scene from the Broadway run of musical “Beetlejuice” (ALEX BRIGHTMANⓒMatthew Murphy)
Big name stage actors Jung Sung-hwa and Yu Jun-sang take on the role of Beetlejuice, who calls himself a “bio-exorcist.”

“I have starred in various comedy musicals, but the Beetlejuice character is at the peak of my comedy musical career. Beetlejuice is rude and humorous. He is like a strategist, a mix of good and evil,” Jung said.

Yu mentioned the cast members are practicing 12 hours a day.

“Three weeks after starting the rehearsals, I was so worn out that I regretted doing this show,” he said in jest. “But three weeks after that, I started to have faith in the work.”

“I am at an age that contemplates a lot on life and death, my existence and loneliness. Reading the script, I thought ‘How can one delve into these thoughts in such a fun, unique way?” he added.

The Seoul run of the show is co-produced by CJ ENM and the Sejong Center.

“‘Beetlejuice’ showcases the latest features of a Broadway musical,” CJ ENM producer Ye Ju-yeol said. “We hope that this Korean premiere can revive the local musical scene which has been in a slump due to the COVID-19 pandemic.”