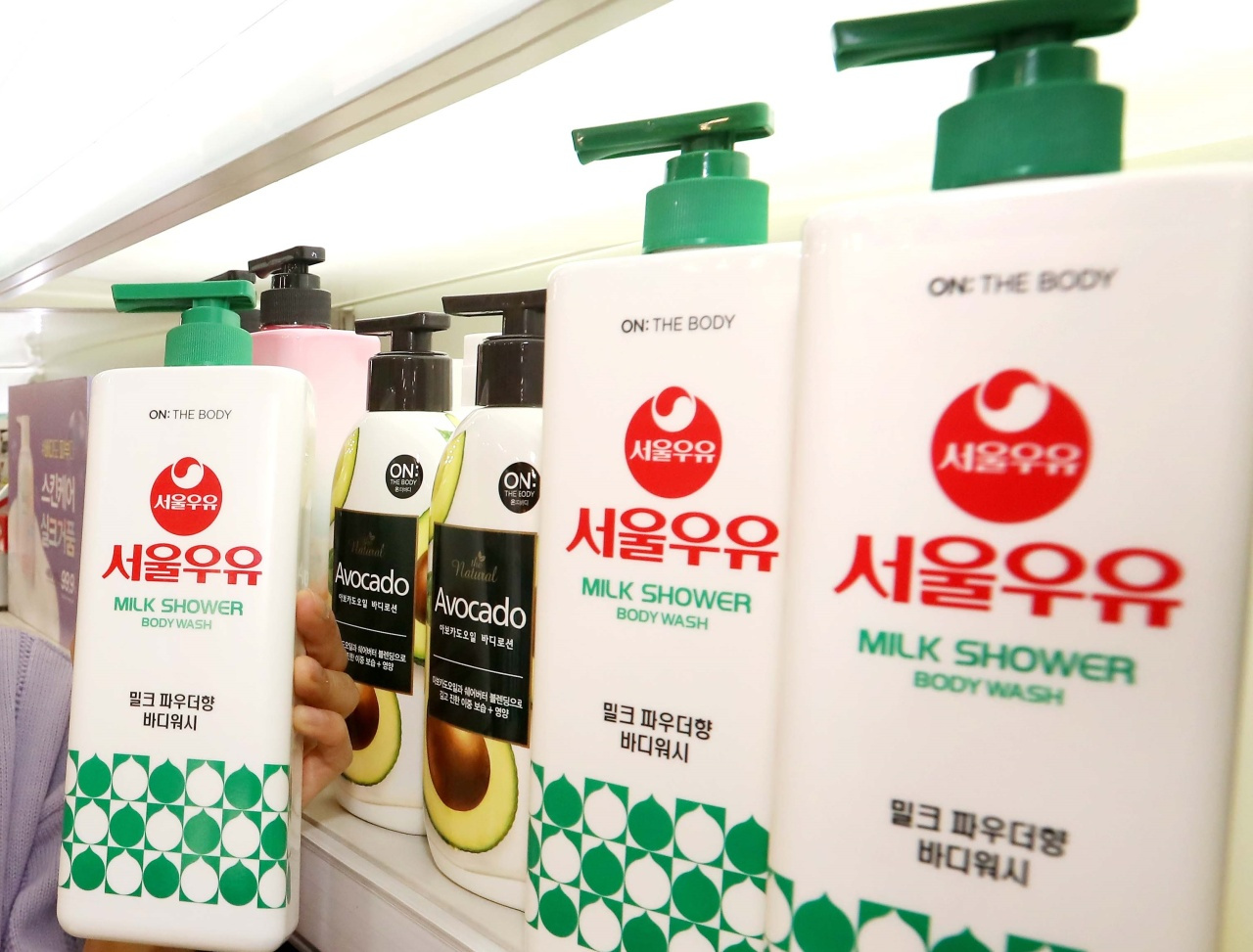 [2] The result set the internet abuzz over its quirky packaging that takes the shape of cartons of Seoul Milk, the bestselling milk in the country.

[3] But the seemingly innocuous product, which has been described as part of the “funsumer” trend -- a portmanteau between “fun” and “consumer” in Korea -- soon faced backlash following a viral tweet which showed the milk-inspired body wash being sold alongside actual cartons of milk.

[4] The tweet was accompanied by a photo that showed bottles of body wash, which had similar packaging to that of Seoul Milk cartons except for an additional dispenser, in a separate basket hung in front of the dairy aisle. Two bottles had already been taken.

*be accompanied by: ~와 동행하는

[5] “It looks like two of them have been sold which is horrifying. What if it was elders who bought them?” the tweet read, apparently concerned that people would mistake them for milk. Homeplus said a warning sign has been added and the beauty product has been placed away from actual milk cartons to avoid confusion.

[1] Paying fines for illegal parking has become a habit for Lee Hyeon-seok, a 34-year-old office worker based in Jung-gu, central Seoul, where finding a parking spot by his workplace is nearly impossible on most days.

[2] Driving to and from his workplace, where designated parking space is not guaranteed, he spends most weekday mornings driving around every corner of the block trying to locate a spot that would be able to house his four-door sedan for eight hours.

[3] He has cash waiting in his pocket waiting to pay for whatever space he finds. But on some days, he just can’t, eventually resorting to parking anywhere and taking the risk of paying the fine if a bill finds its way to his mailbox.

[4] “I really try to live as a law-abiding citizen and a diligent employee who doesn’t come late to work, but if I can’t find a parking space in the morning, I have to give up on one of these two goals,” said Lee.

[5] “I’m not a fan of illegal parking, and I’m sure most people feel the same way, but what other choice do I have when I just can’t find anywhere to park?”