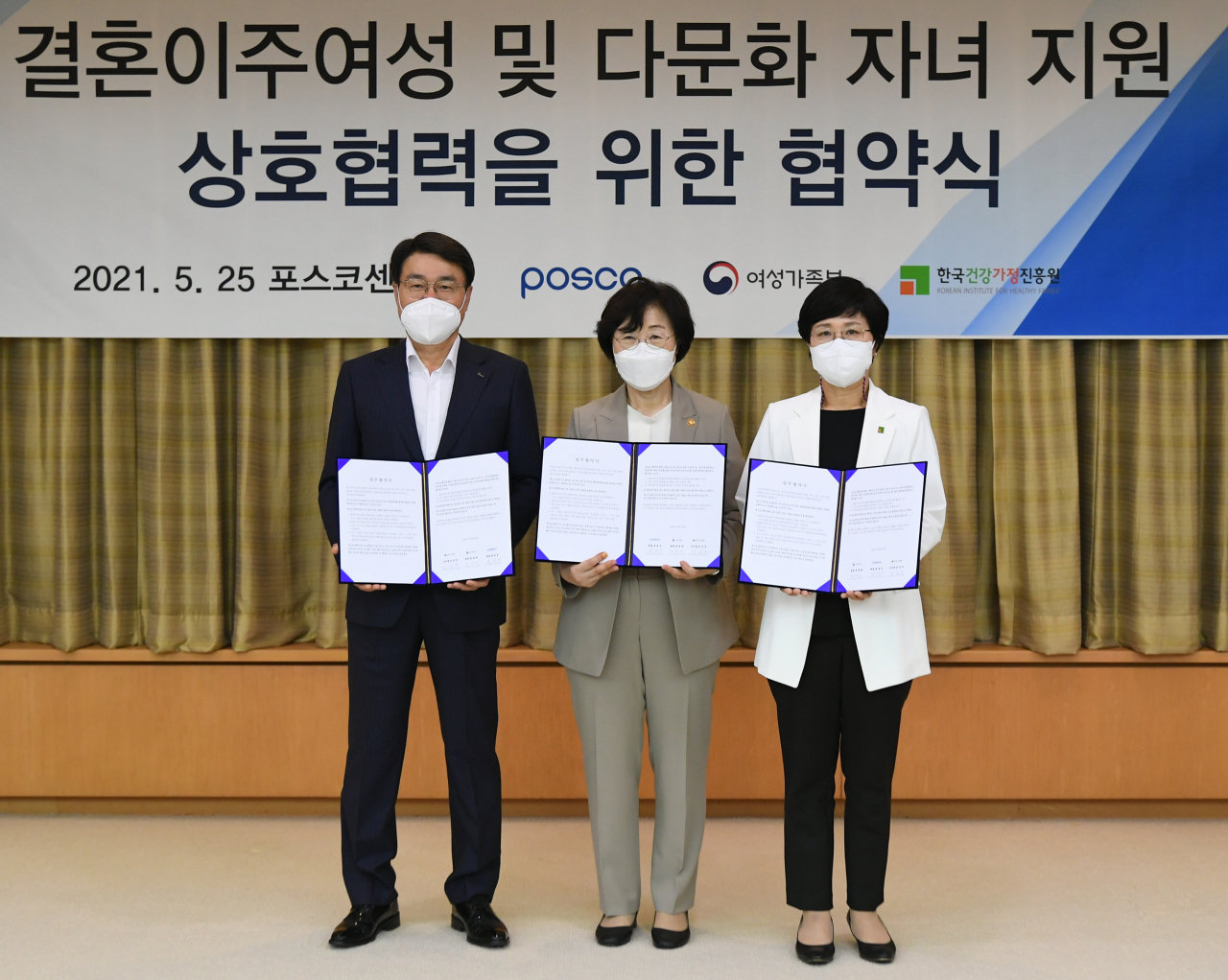 The company said Monday that it is launching a three-year support program in collaboration with the Ministry of Gender Equality and Family and the Korea Institute for Healthy Family. A three-way memorandum of understanding is to be signed Tuesday.

The institute, an agency under the auspices of the Gender Ministry that supports the social integration of multicultural families, will take charge of running various support programs planned as part of the project.

Among them are computer training for foreign-born women married to Korean men, as well as support for those pursuing high school diplomas. There will also be scholarship and career counseling programs for children from these families.

Immigrant mothers and their children residing near Posco’s factories outside of Seoul will be eligible for the support measures. The steelmaker operates factories in North Gyeongsang Province, South Jeolla Province and Incheon.

The program will be funded through the Posco Foundation, a charitable organization that relies on voluntary contributions from company employees.

As of last year, more than 1 million people in Korea had multicultural backgrounds, accounting for 2 percent of the population.