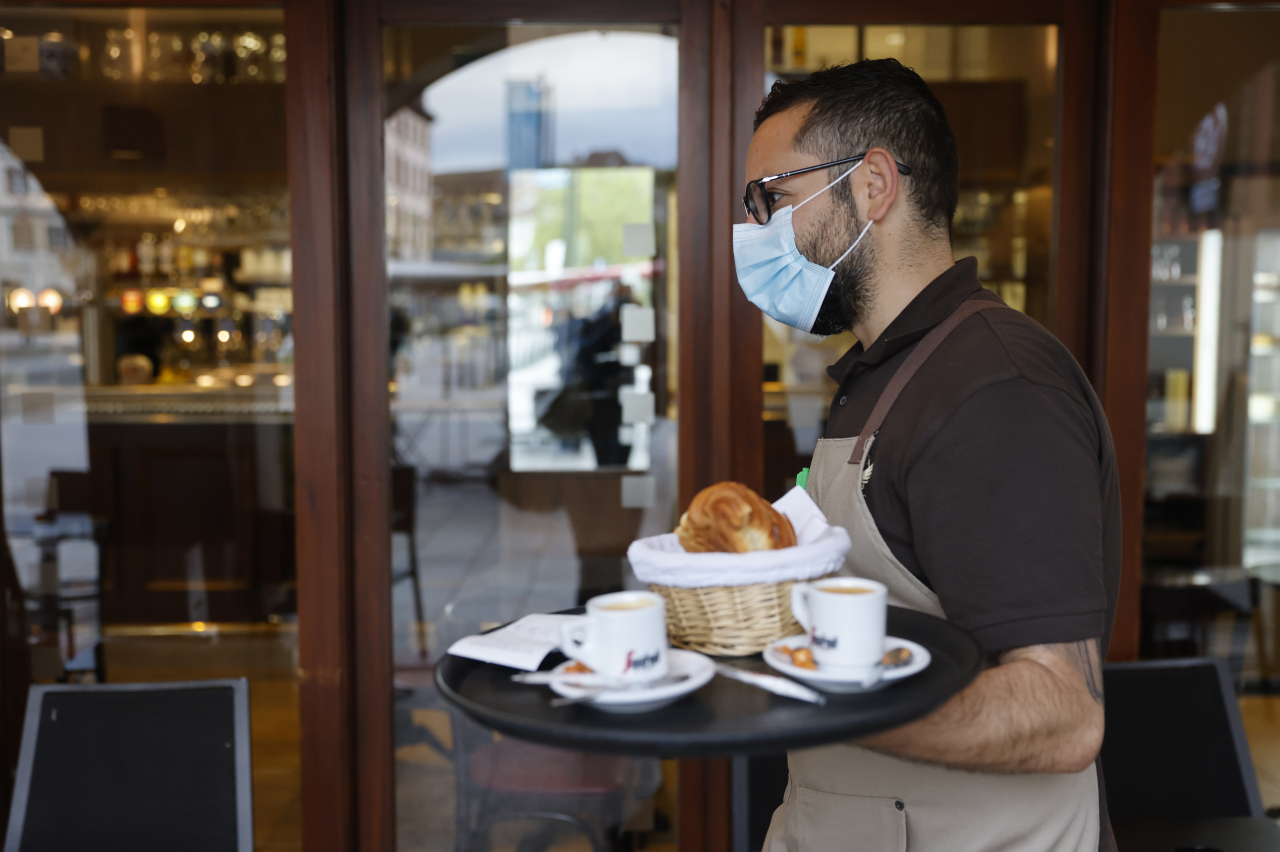 A waiter carries cups of coffee on a tray in a cafe in Eastern France. (Yonhap)
Having more than three cups of coffee a day can help those in their 40s or older live longer, researchers from Chung-Ang University found in a study with the Korea Disease Control and Prevention Agency.

The study was conducted on 110,920 individuals older than 40. Scientists tracked the patients’ daily coffee intake and death rate for an average of 9.1 years. Individuals already diagnosed with diabetes, cardiovascular disease and cancer were not included in the study.

The study concluded that death risks from all causes dropped by 21 percent for participants who drank more than three cups of coffee a day.

Coffee was significantly associated with a reduction of cardiovascular diseases. One cup of coffee a day was linked with a reduction in deaths from heart related illnesses by 42 percent. Coffee’s health benefits were identical in instant coffee that includes sugar and creamer.

Two out of 3 Koreans are thought to drink instant coffee regularly.

The study was published in the latest issue of the Journal of the Academy of Nutrition and Dietetics.