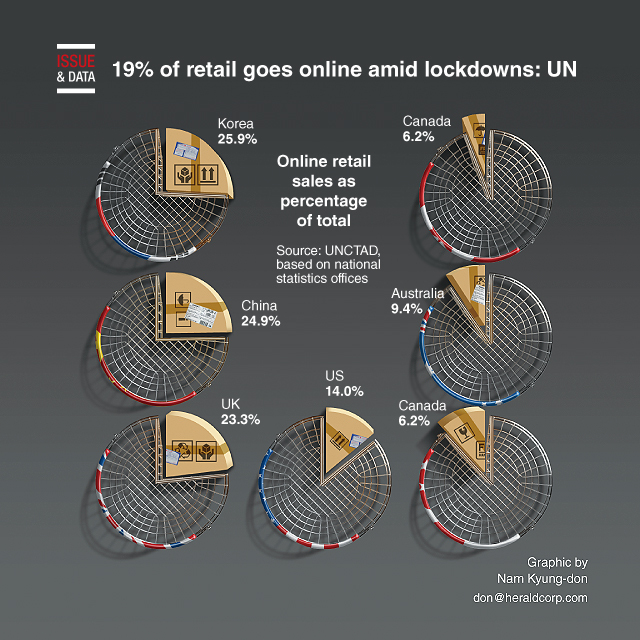 Online sales accounted for nearly a fifth of all retail turnover last year as lockdowns to combat the spread of the coronavirus pandemic fueled a boom in e-commerce, a United Nations study showed.

Online sales accounted for 19 percent of all retail sales in 2020, up from 16 percent a year earlier, according to estimates from the UN Conference on Trade and Development based on national statistics offices in major economies.

South Korea reported the highest figure at 25.9 percent, up from 20.8 percent the year before. The corresponding figures were 24.9 percent for China, 23.3 percent for Britain and 14 percent for the United States. (Reuters)