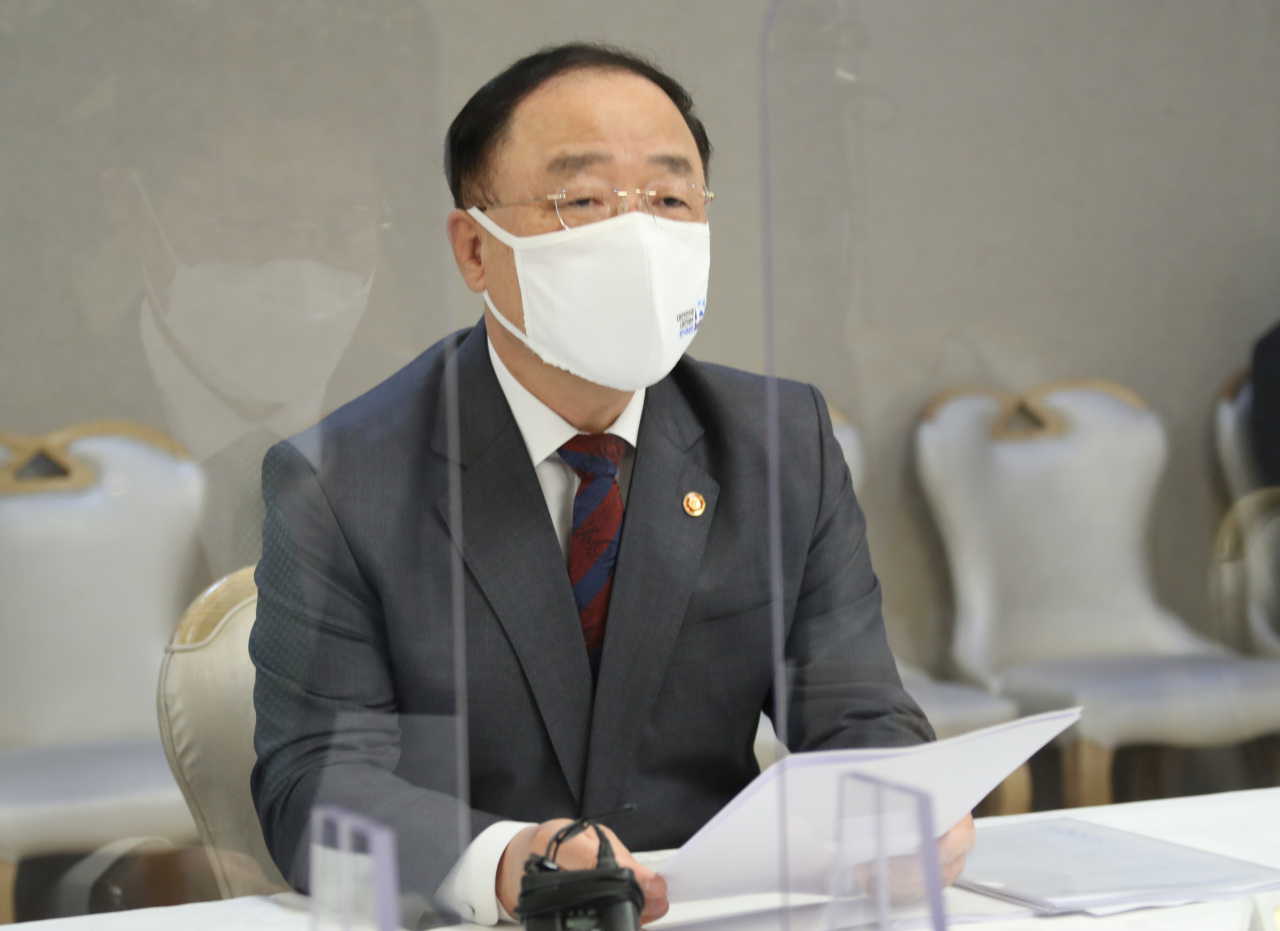 While maintaining the key framework and the stance of the real estate policy announced on Feb. 4, which focuses on easing building regulations and supporting redevelopment projects in urban areas to shore up the number of new houses, “some changes will be presented within the next month after collecting public opinions and consultations with political parties,” he said.

“It is urgent to remove the uncertainty about the real estate issue raised recently and the possibility of some changes in the existing real estate policy,“ he said during a ministerial-level meeting on real estate at the government complex in Seoul.

Following the ruling party’s losses in mayoral by-elections in Seoul and Busan on April 7, the government and Democratic Party lawmakers have been considering lowering property taxes to win back public support. Readjustment of comprehensive real estate taxes has also put on the table by the ruling party.

Apartment prices in Seoul have been steadily on the rise since the April by-elections, inching up 0.09 percent in the first and second week of May, nearly on par with when the government announced its housing policy in February. Apartment prices in the four most affluent Gangnam districts have risen more sharply, according to Hong.

“It is a change to be very wary of the fact that the apartment supply-demand indices since mid-April showed that demand exceeds supply,” he said. The index refers to the ratio of apartments available for purchase and sales.

To put an impetus to the Feb. 4 housing supply plan, a consultative body between the central government and municipal governments will be created to revise the relevant laws in May and designate districts for housing projects, the minister said.

Regarding a massive property speculation scandal involving former and incumbent officials at the state-run Korea Land & Housing Corp. (LH), the government will draw up reformative measures during the meeting to bring them for consultation with parties.

“We will also consider expanding the scope of employment restrictions after retirement of LH employees,” he said.

On May 15, Prime Minister Chung Sye-kyun pledged a complete overhaul of LH in order to prevent its officials from engaging in misconducts such as real estate speculation.

Chung said the government will come up with an internal monitoring system to prevent LH officials from sharing or leaking insider information on development projects and they would be banned from acquiring real estate for purposes other than actual use.