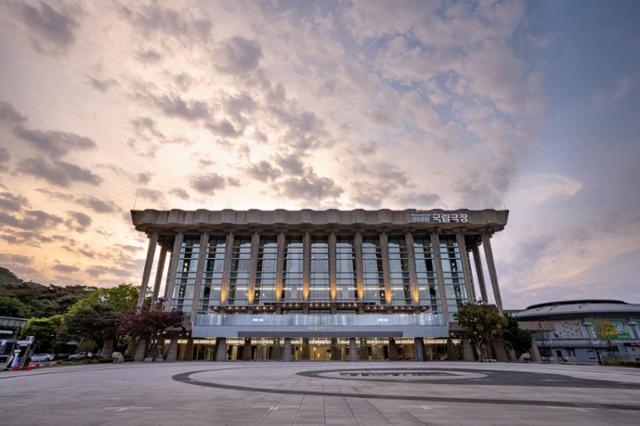 The first complete overhaul of the theater since its opening in 1973 cost 65.8 billion won ($58.3 million). The theater‘s 2004 renovation was limited to the lobby and theater seats.

“The theater was outdated and the stage needed to be modernized,“ NToK CEO Kim Cheol-ho said during a press tour of the theater on Tuesday. “There were three goals to the renovation: creating a comfortable environment for the theatergoers, modernizing the stage and ensuring the long-term safety of the facilities.”

Following the renovation which began in October 2017, Haeoreum Grand Theater has taken on the structure of an opera theater. The number of seats are down to 1,221 from the previous 1,563.

The stage has become smaller, too. It now measures 12.6 meters and can be extended to 17 meters.

“Previously, the stage was very wide, with a width of 22.4 meters. It was difficult to concentrate on the stage from the seats,” Kim Ho-sung, who is in charge of managing the facility said. “The stage is now smaller, and we have raised the tilt angle for the seats, enabling theatergoers to better concentrate on the performances.” 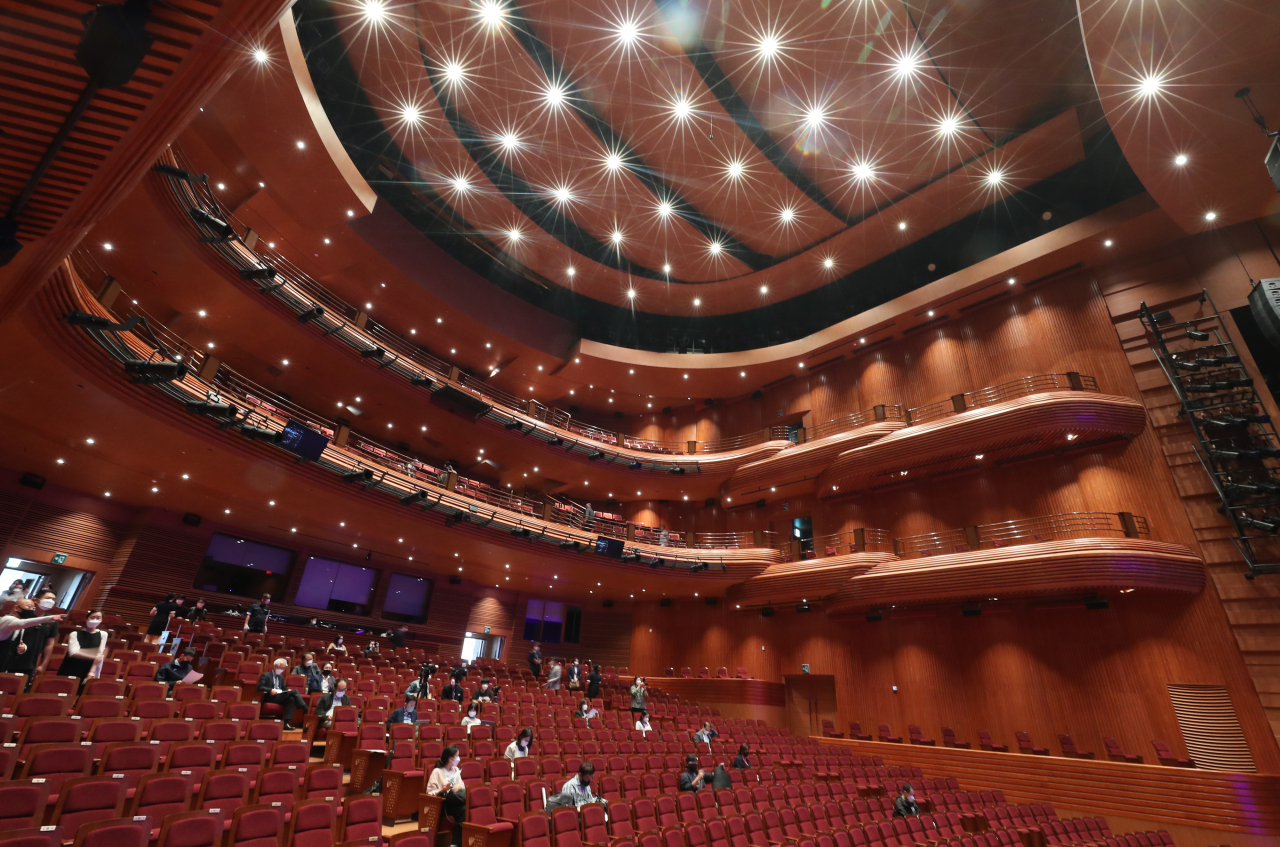 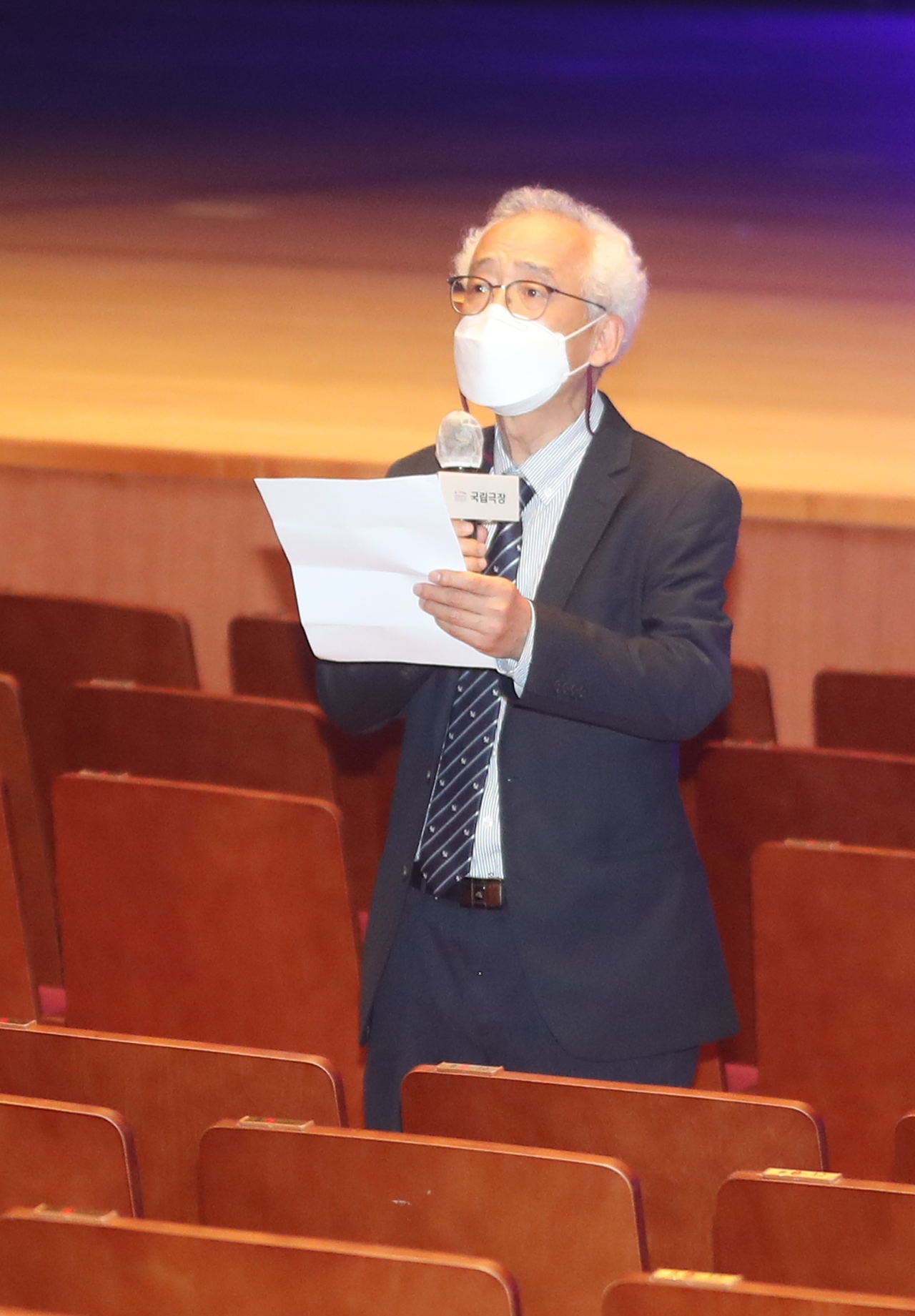 NToK CEO Kim Cheol-ho speaks during a press event held Tuesday at the theater. (Yonhap)
The sound system has been improved, too. The new Immersive Sound System featuring 132 speakers installed around the hall allows for balanced sound to be heard throughout the theater.

The sound reverberation time, which refers to how long the sounds stay in the space, was previously 1.35 seconds, but has been extended to 1.65 seconds. But even without the new sound system, the newly renovated theater can provide a great audio environment with natural sounds, the theater said.

“Before the renovation, it was difficult to put on a performance without using audio equipment. Now we can enjoy traditional art performances in an environment fit for natural sound,” Kim Cheol-ho said.

According to the theater, the three-dimensional sound design ensures that each zone in the theater can receive a vivid, live sound mix.

As for the exterior, the iconic main staircase has been removed due to safety issues. It has been replaced by escalators and elevators inside the building.

“With the renovation, we plan to present more quality contemporary performances,” the facility head said.

The theater will officially open in September to conincide with the start of the 2021/2022 season.