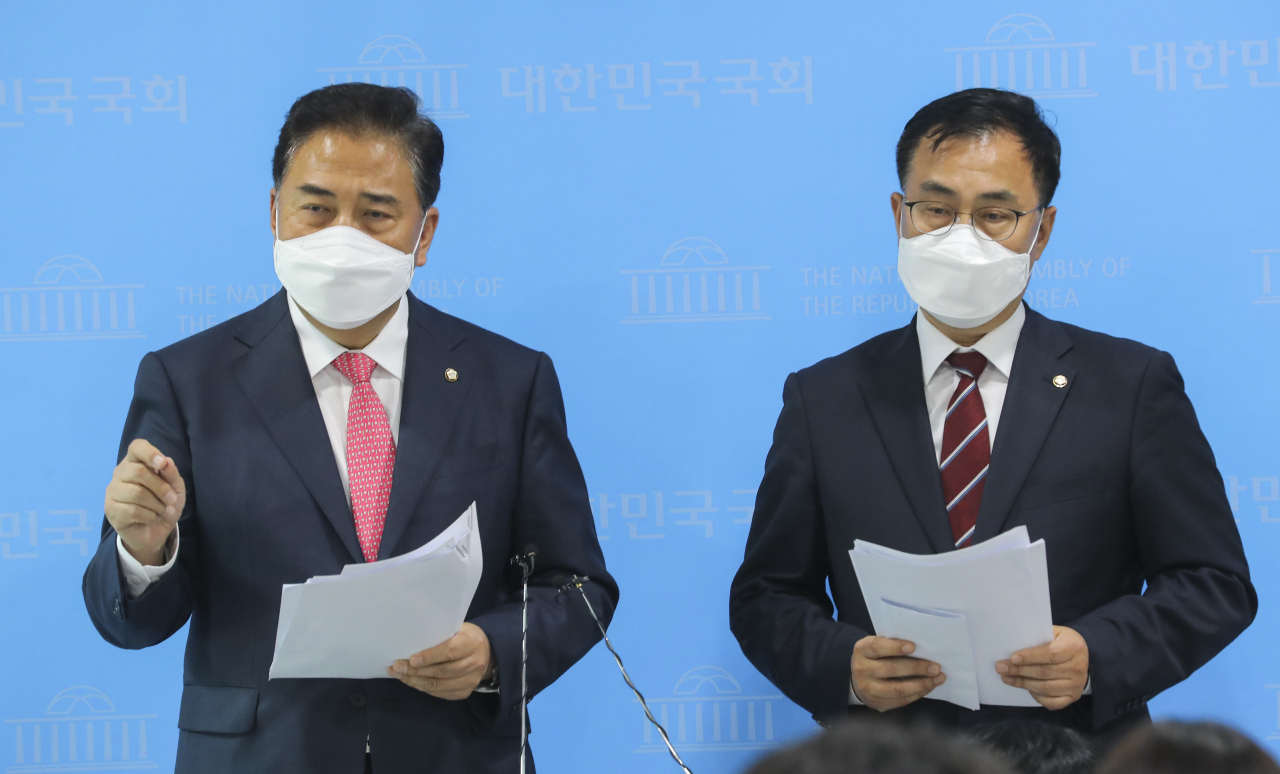 Reps. Park Jin (L) and Choi Hyung-du of the main opposition People Power Party speak to reporters on their scheduled trip to the United States at the National Assembly in Seoul on Tuesday. (Yonhap)
WASHINGTON -- Two lawmakers from South Korea's main opposition People Power Party arrived in the United States on Wednesday for talks on possible US assistance to help relieve South Korea's COVID-19 vaccine shortage.

Rep. Park Jin stressed the need to quickly secure vaccines for his country, calling his trip a bipartisan effort.

"There is a need to strengthen the South Korea-US alliance and enhance their relations in various areas including vaccine cooperation," he said. "We will actively make legislative diplomatic engagements for our national interest."

Their visit follows an earlier trip here by Hwang Kyo-ahn, former prime minister and head of the main opposition party, who said he had asked US officials, including the White House policy coordinator for Indo-Pacific, Kurt Campbell, to provide 10 million doses of COVID-19 vaccine.

Seoul earlier proposed a vaccine swap arrangement with Washington, under which the US would first provide COVID-19 vaccines to South Korea from its stockpile and later get paid back in vaccines.

Choi said the party delegation will discuss ways to turn South Korea into a vaccine hub in Asia by using its existing facilities to produce COVID-19 vaccines.

"We will seek ways for South Korea and the United States to spearhead global efforts to overcome the pandemic through vaccine cooperation," said Choi.

The South Korean lawmakers said they plan to meet with officials from the US government, legislature and think tanks during their visit that will end next Wednesday.

US President Joe Biden has said his country will become an "arsenal" for vaccines for the world.