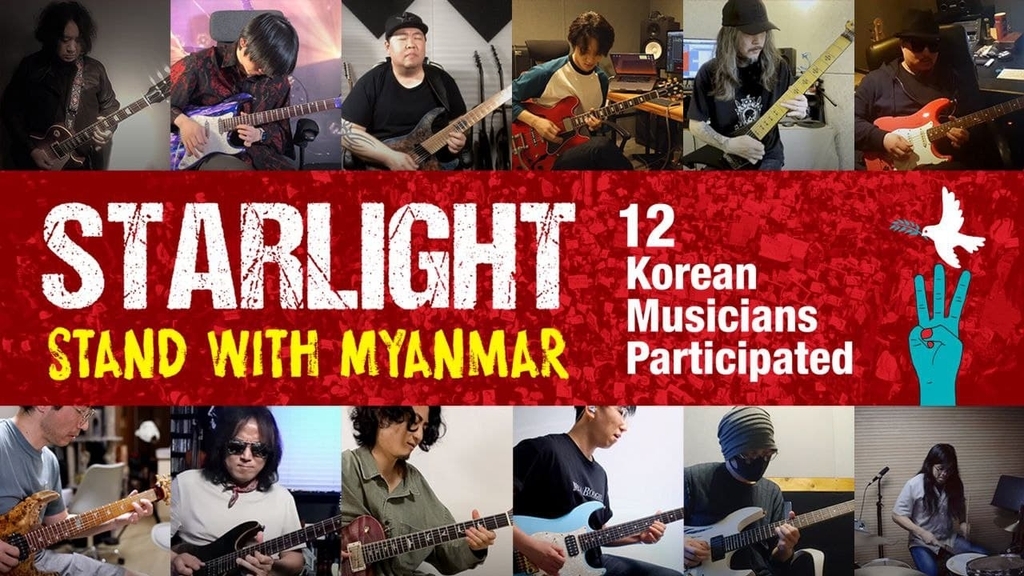 “This music is dedicated to the citizens of Myanmar. I hope that our hearts go with them,” said Shin, who is also a songwriter.

The message of solidarity comes at the end of the performance of “Starlight,” composed and produced by Shin, featuring 11 guitarists, including himself, and a drummer.

The video was released on Shin’s official YouTube channel on May 7, and since then has recorded more than 14,000 views, with numerous comments posted in support of Myanmar citizens.

“What’s happening in Myanmar is extremely sad. I hope everybody is safe and I’d like you to know that we will stand with Myanmar,” one comment reads.

“I want to thank the musicians who appeared in the scene (of this clip). I sincerely hope spring comes soon in Myanmar,” said another comment in Korean.

The nine-minute YouTube clip starts with the beat of the drum, followed by the guitarists performing different parts of “Starlight.” After the performance, each musician sends a short message of support to the citizens of Myanmar. 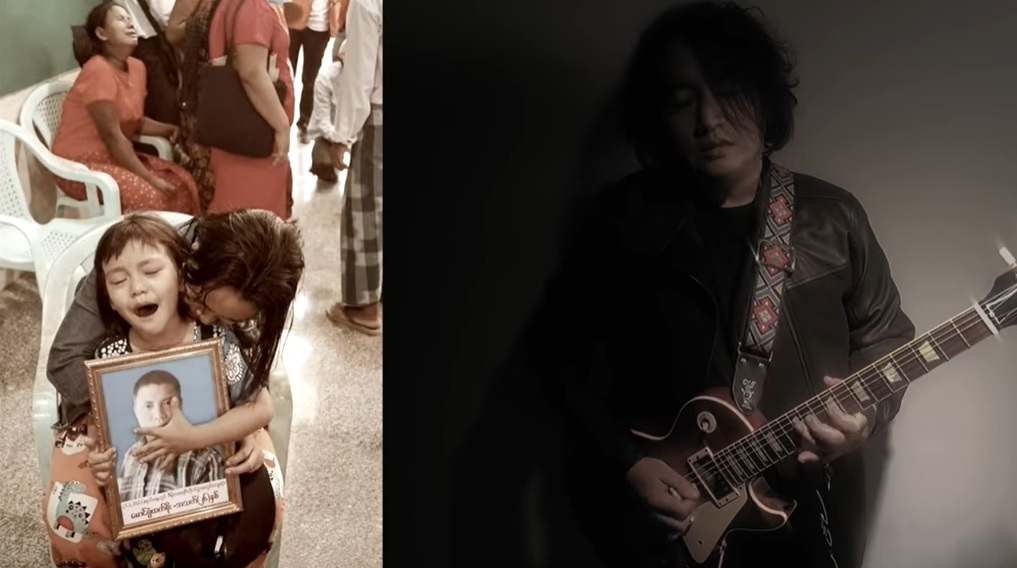 A screenshot of Shin Dae-chul performing in the music video, “Starlight: Stand with Myanmar” (Shin Dae-chul’s YouTube channel)
Shin, who composed “Starlight” last year, was preparing to release the piece as part of his new single but upon hearing the news about Myanmar, developed it into a larger project in collaboration with fellow musicians.

“Since our posting of the song last week, I couldn’t believe the number of viewers and our fans of music who showed support and felt the song at heart. I was very touched by their comments,” Shin said in a phone interview with The Korea Herald.

“For this project, I contacted fellow musicians one by one, and everyone said they would like to participate, except for a few who unfortunately couldn’t because of their schedules,” Shin said. “At that moment, I could feel how many of us strongly related what’s happening in Myanmar to our own modern history (in Korea). I felt the yearnings of our musicians for a final happy ending to the situation in Myanmar which has been going on for a very long time,” Shin added.

In typical pandemic-fashion, the 12 musicians recorded and filmed their separate parts in their own studios. The videos were then edited and assembled.

All profits from the song, including on YouTube and other music streaming sites, will be donated to citizens of Myanmar working to restore freedom, Shin said on his Facebook page.

“Starlight” is available on Apple Music, Spotify, and Amazon. It was released on local music streaming sites on Wednesday.