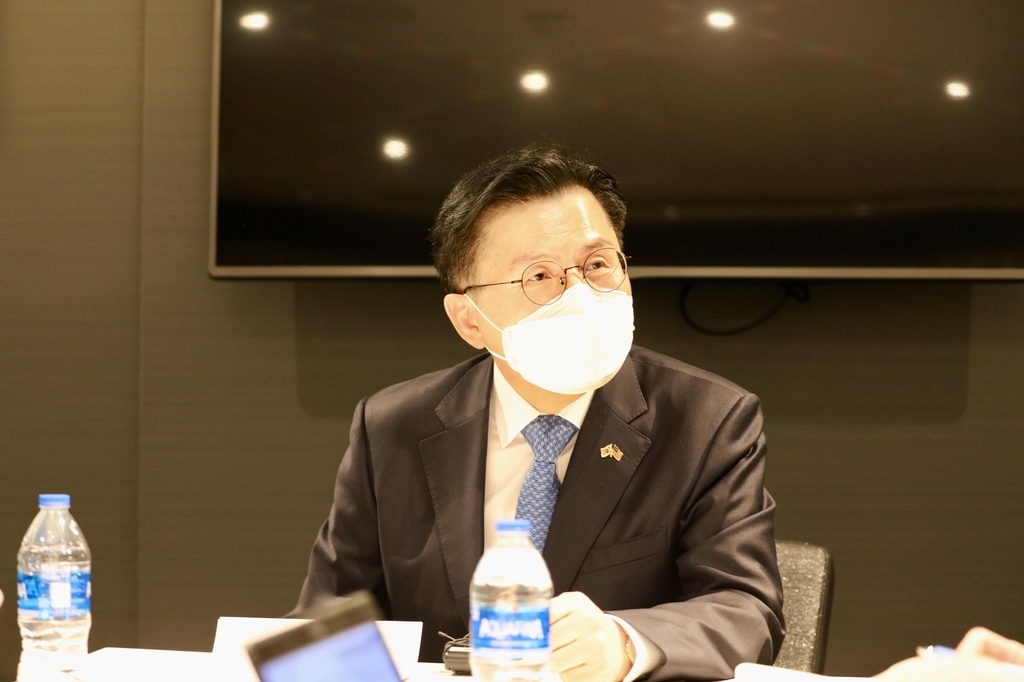 Hwang Kyo-ahn said Campbell has also agreed during a meeting with him in Washington to personally report to the White House his request for 10 million doses of COVID-19 vaccines.

US President Joe Biden has said his country will become an "arsenal" for vaccines for the world, promising to provide vaccine shots to other countries once the US determines it has more than enough for its own people.

The Biden administration has already agreed to provide up to 60 million doses of the AstraZeneca vaccine to other countries, with most of them expected to be soon headed to India.

Moon is set to hold his first in-person meeting with Biden on May 21.

"An alliance is about helping the other when they are in need -- the US helping us when we are in need and we helping when the US is in need -- and the key issue now is vaccines," Hwang said while speaking with reporters in Washington.

He had left politics after he stepped down as chairman of the then main opposition United Future Party following its crushing defeat in the parliamentary elections last year but declared his return to politics late last month with one year left in the incumbent Moon Jae-in administration's five-year term.

Hwang is set to head back home Wednesday. (Yonhap)