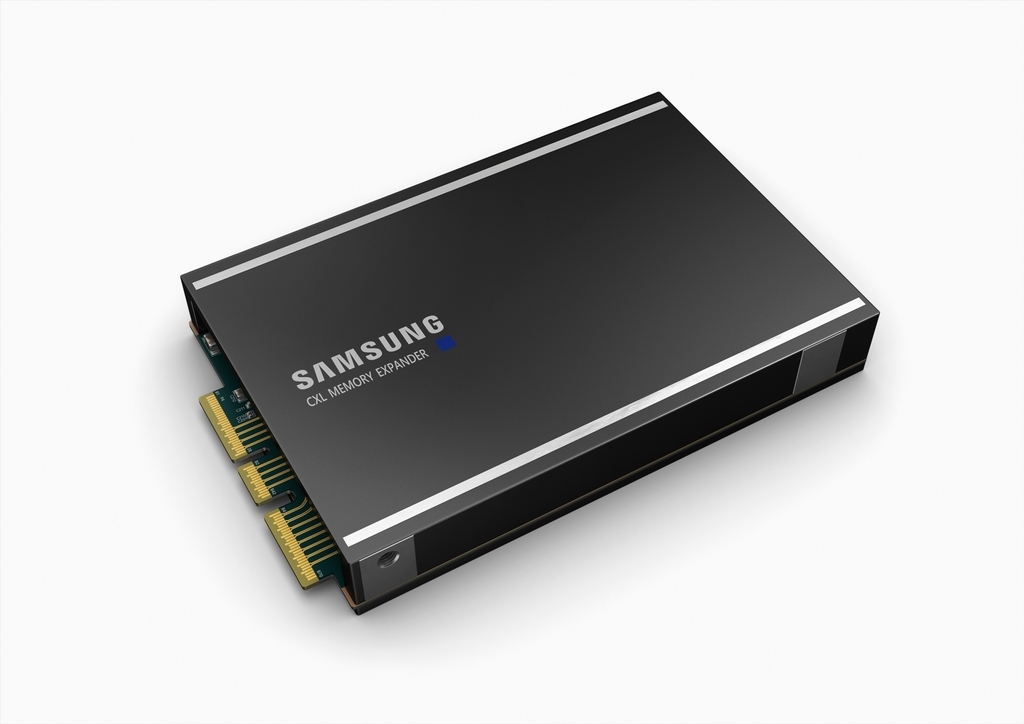 Samsung has integrated its double data rate 5 (DDR5) technology with the CXL-based module, enabling server systems to significantly scale memory capacity and bandwidth. The CXL is a new interface that can efficiently connect different types of devices that use artificial intelligence and deep learning applications and require high-performance computing.

The need for CXL has been growing recently in the semiconductor industry due to the rise of heterogeneous computing, where multiple processors work in parallel to process massive volumes of data.

CXL enables high-speed, low-latency communication between the host processor and devices such as accelerators, memory buffers and smart input/output devices, while expanding memory capacity and bandwidth well beyond what is possible today.

In addition, Samsung has incorporated several controller and software technologies like memory mapping, interface converting and error management, which will allow central processing units or graphics processing units to recognize the CXL-based memory and utilize it as the main memory.

“This is the industry’s first DRAM-based memory solution that runs on the CXL interface, which will play a critical role in serving data-intensive applications including AI and machine learning in data centers as well as cloud environments,” said Park Cheol-min, vice president of the memory product planning team at Samsung.

“Samsung will continue to raise the bar with memory interface innovation and capacity scaling to help our customers, and the industry at-large, better manage the demands of larger, more complex, real-time workloads that are key to AI and the data centers of tomorrow.”

Samsung has been collaborating with several data centers, server and chipset manufacturers to develop the next-generation interface technology since the CXL consortium was formed in 2019.

Samsung, in particular, collaborated with Intel and AMD on this latest DRAM standard, the company said.

Debendra Das Sharma, director of I/O technology and standards at Intel said, “Data center architecture is rapidly evolving to support the growing demand and workloads for AI and machine learning, and CXL memory is expected to expand the use of memory to a new level. We continue to work with industry companies such as Samsung to develop a robust memory ecosystem around CXL.”

Samsung’s new module has been successfully validated on next-generation server platforms from Intel, signaling the beginning of an era for high-bandwidth, low latency CXL-based memory using the latest DDR5 standard, the firm said.

Dan McNamara, senior vice president at AMD, said, “Memory research is a critical piece to unlocking this performance, and we are excited to work with Samsung to deliver advanced interconnect technology to our data center customers.”