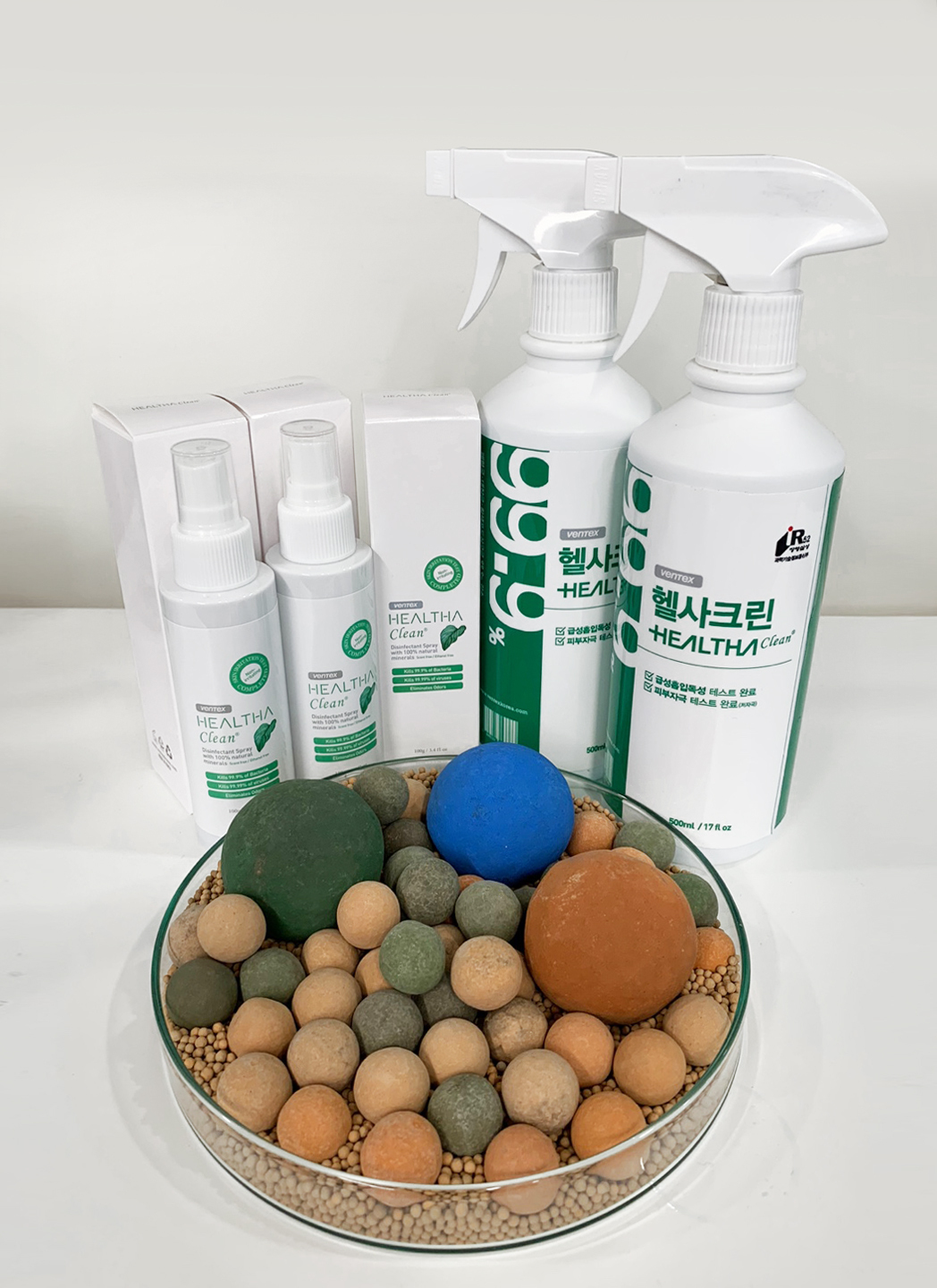 Ventex started off in 1999 as a tiny textile developer. Through a relentless search for new materials using nanotechnology, the Seongnam, Gyeonggi Province-based company is now building its global presence as a biochemical company.

According to founder and CEO Go Gyeong-chan, the company is on course to achieve 34.8 billion won ($31.2 million) in sales this year, which is expected to more than double to 73.5 billion won next year.

Driving the growth are disinfection and sanitization products Healtha Clean and Healtha Hem, which have been well received in overseas markets amid the coronavirus pandemic.

The sudden virus outbreak added to the firm’s recent growth momentum, but Ventex had already been recognized as a small but strong nanotech firm on its home soil.

In a rare achievement for a company of its size, Ventex has bagged six IR52 Jang Young-shil Awards, a prestigious honor given to innovative products by South Korea’s Ministry of Science and ICT.

It currently holds 93 patents for its textile-related technologies and advanced nanomaterials. Among them is a new eco-friendly and odorless material that contains minerals that can be used for sterilization and disinfection.

According to local patent grading system operator Wisdomain, the combined value of the company’s patent property reached $11.5 million as of 2019, when the number of its patents was 83. The value of the company was then also estimated at $415.3 million.

CEO Go said the value of its patents as well as the company itself should be higher by now.

As for Breamax, the company said it has applied self-developed nanochemicals on Polytetrafluoroethylene (PTFE) film to improve waterproofing quality. The waterproof rating of the product is twice as high as that of Gore-Tex, according to the company.

Since 2016, the firm has been supplying Breamax to the military here for use in combat boots.

By switching to Breamax from the more expensive Gore-Tex, the South Korean government has saved around 13 billion won so far, CEO Go claimed.

Last year, Ventex started supplying military uniforms applied with its Dry-Zone technology which uses a special nano-chemical that soaks up moisture and allows the clothes to dry very quickly.

The company’s annual revenue from military uniforms is around 12 billion won, Go added.

Other commercialized materials from Ventex include Sollarball and Heaterex, which too use the company’s own chemicals designed to generate heat by interacting with infrared light. The special chemicals vibrate when receiving sunlight to generate heat, Ventex explained.

Ventex has been supplying the materials to Spanish apparel retailer Zara and US multinational retail corporation Walmart, it said.