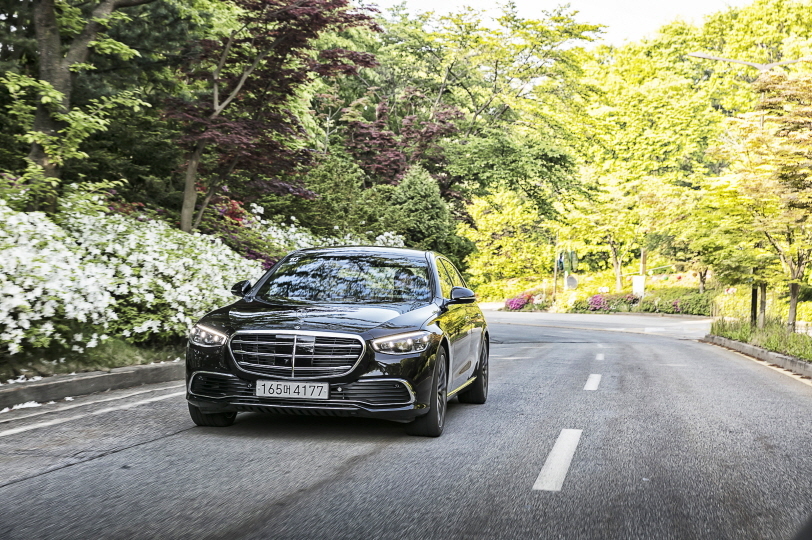 Since the launch of its previous model in 2013, the S-Class has maintained its reputation as a prestigious sedan and often the choice of business entrepreneurs for its luxurious image.

The car also appeals to older drivers, not only for the high price range, but also for its classic design that has remained unchanged for seven years.

Launched in the South Korean market on April 28, the seventh-generation S-Class has rejuvenated its image with sharper lines, and is made slightly bigger than its previous model.

The automaker called it the “epitome” of what the brand can offer, saying that the car is also the most intelligent vehicle for Mercedes-Benz, packed with the latest technologies unveiled for the first time.

The Korea Herald had the opportunity to test drive the S-Class for a roundtrip of about 150 kilometers from the Mercedes-Benz Training Center in Yongin, Gyeonggi Province, to a cafe in Asan, South Chungcheong Province.

On the way, the automaker also provided a chauffeur service for the S-Class 580 4Matic model, which comes with the chauffeur-driven package to offer a full experience of the car’s comfort features. 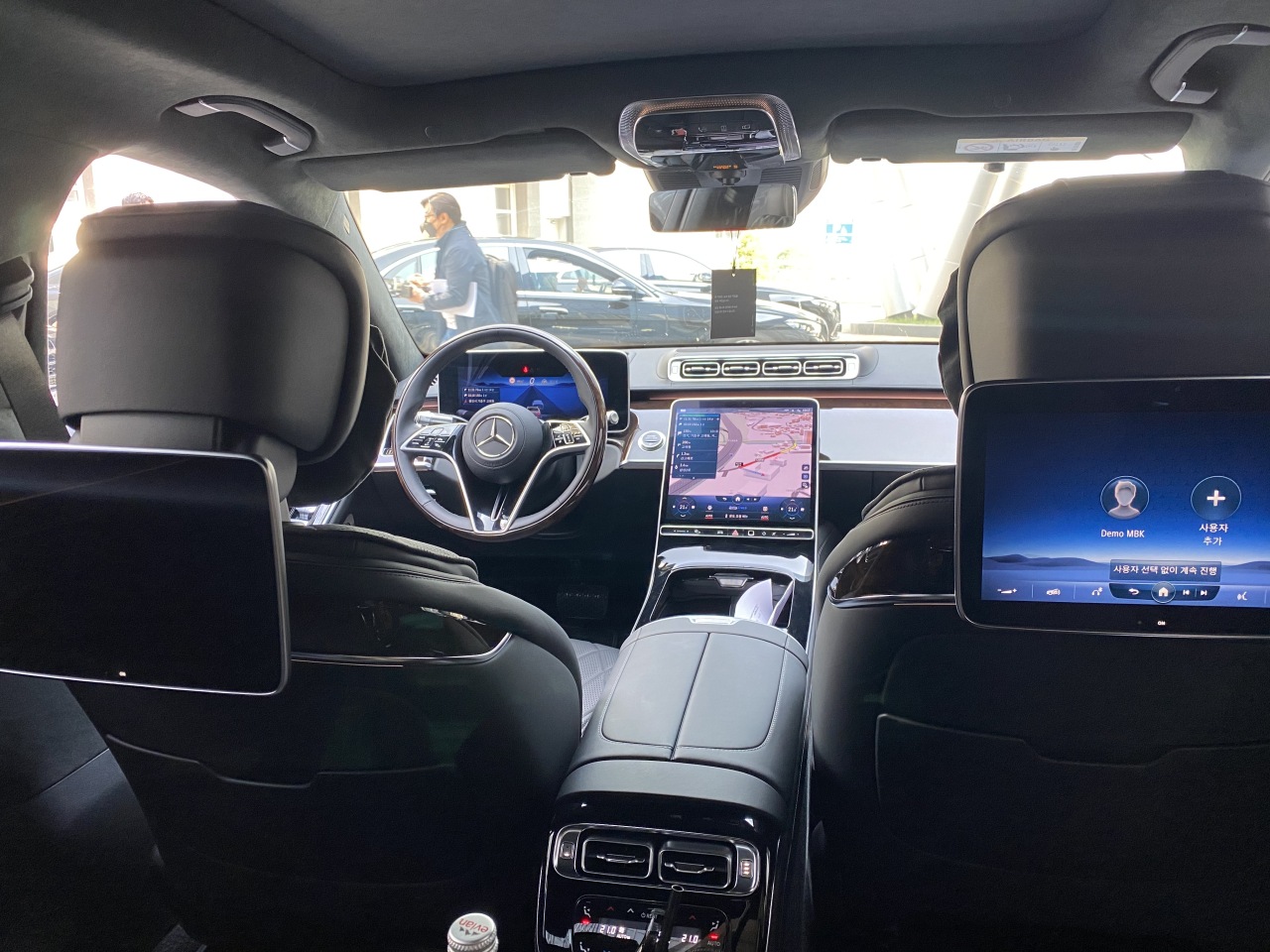 Inside Mercedes-Benz S 580 4Matic (Jo He-rim/The Korea Herald)
Sitting in the right side of the rear seat, the car had ample headroom and legroom. The standard wheelbase model for the new S-Class is longer in body length by 81 millimeters than the previous model, and the long wheelbase variant is 51 mm longer.

The highlight of the S 580 4Matic with the chauffeur-driven package is the inclining seat. Just by pressing a button on the side below the window, the front passenger seat automatically leans forward slowly -- by up to 37 mm -- and folds itself to make room in the back.

The rear seat also automatically shifts to a maximum of 43.5 degrees, and a calf rest -- extended by about 50 mm compared to the previous version -- and a foot pedestal pops up.

The S-Class also comes with a rear air bag, which is the first to be introduced across the brand’s portfolio, the automaker explained.

Sitting in the rear seat, what was also eye catching were the two 11.6-inch full HD touch screens and a 7-inch tablet, which are available in the S 500 4Matic. With the newly presented second generation MBUX, the car also has 12.8-inch OLED central display and a 12.3-inch 3D display in the cockpit in the front seat.

Various features, such as massage functions and changing of interior ambient lighting, can be controlled with the portable tablet PC installed in the center armrest. One can also connect the big screens to the internet. There are also C-type cable ports available.

Vehicles with such up-to-date IT features are exciting to discover, and it accentuates the newness of the car. But for older generations who are not familiar with digital technologies, the interior with the two screens for the driver and three screens in the back, may come as a bit too much. Plenty of time may be needed to study the functions to fully enjoy all the comfort features the car has.

Taking the S 400 d 4Matic behind the wheel on the return trip, the vehicle delivered a powerful performance with its 3.0-liter six-cylinder diesel engine. The car can exert up to 330 horsepower and a maximum torque of 71.4 kilogram-meter.

The S-Class’ steering wheel is pretty compact. On the highway, the car’s pedals felt like it required less foot pressure, causing less fatigue. Picking up speed was so smooth that it almost felt like the car was gliding on the road.

The car, which has used aluminum hybrid body shell, seemed decent in blocking out outside noise and the suspension was strong enough to reduce vibrations. 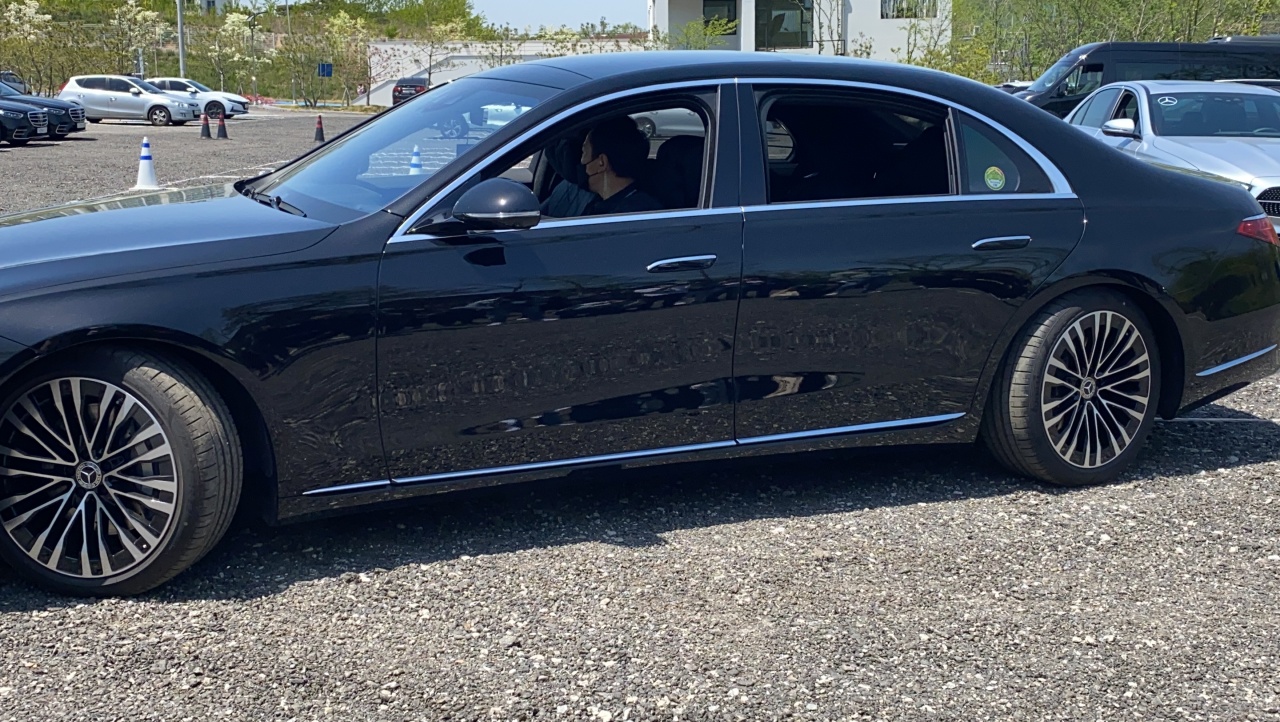