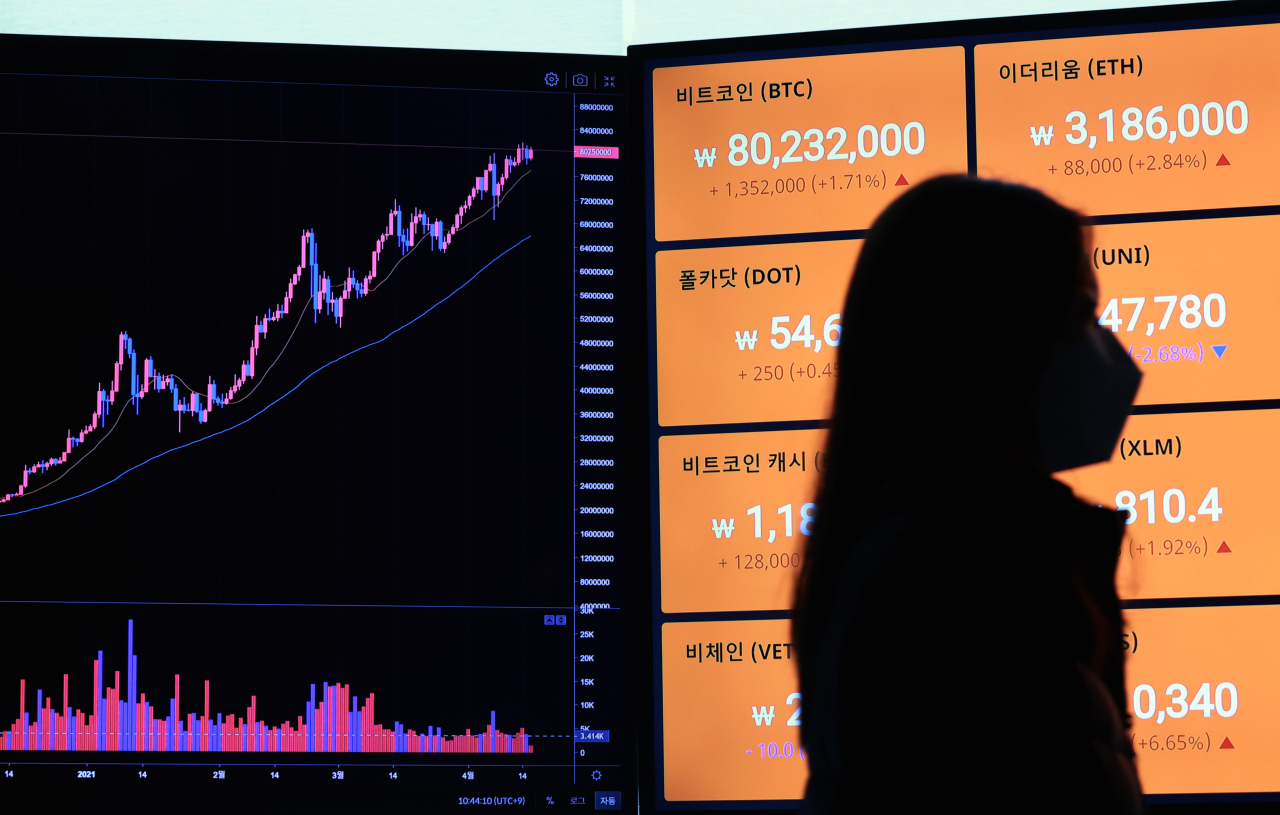 This photo, taken April 16, 2021, shows signboards showing price movements of Bitcoin and other virtual currencies on a local exchange. (Yonhap)
SUWON -- Police on Tuesday raided dozens of places related to a virtual currency exchange and froze the exchange's cash deposits as part of an investigation into its alleged irregularities.

The Gyeonggi Nambu Police Agency said it conducted the raids into 22 places, including the exchange's headquarters in southern Seoul, and froze 240 billion won ($214 million) left in the exchange's account.

The raids were to obtain evidence to corroborate the allegations that the CEO, surnamed Lee, ran a fraud scheme and violated the act on the regulation of fundraising business without permission.

Lee is suspected of amassing approximately 1.7 trillion won from 40,000 people since August for membership fees. Each was required to open at least one account for 6 million won.

According to the investigators, Lee and his accomplices lured investors by promising them hefty returns three times as big as the original investment and introduction fees if and when they tricked other people into joining the pyramid-like scheme.

Some of the investors actually received returns, which were in fact paid with other investors' money, the police said.

A court granted the police permission to freeze the total sum of 240 billion won left in the exchange's account as of April 15 so that the company would be banned from using what looked like illegal proceeds until the investigation ends.

The police have been investigating the exchange since suspicions were raised over its operations in February.

They cannot share details about an ongoing investigation, a police official with knowledge of the matter said.

The South Korean government has recently intensified monitoring of business activities of cryptocurrency exchanges amid frenzied transactions and surging prices of Bitcoin and other virtual currencies. (Yonhap)