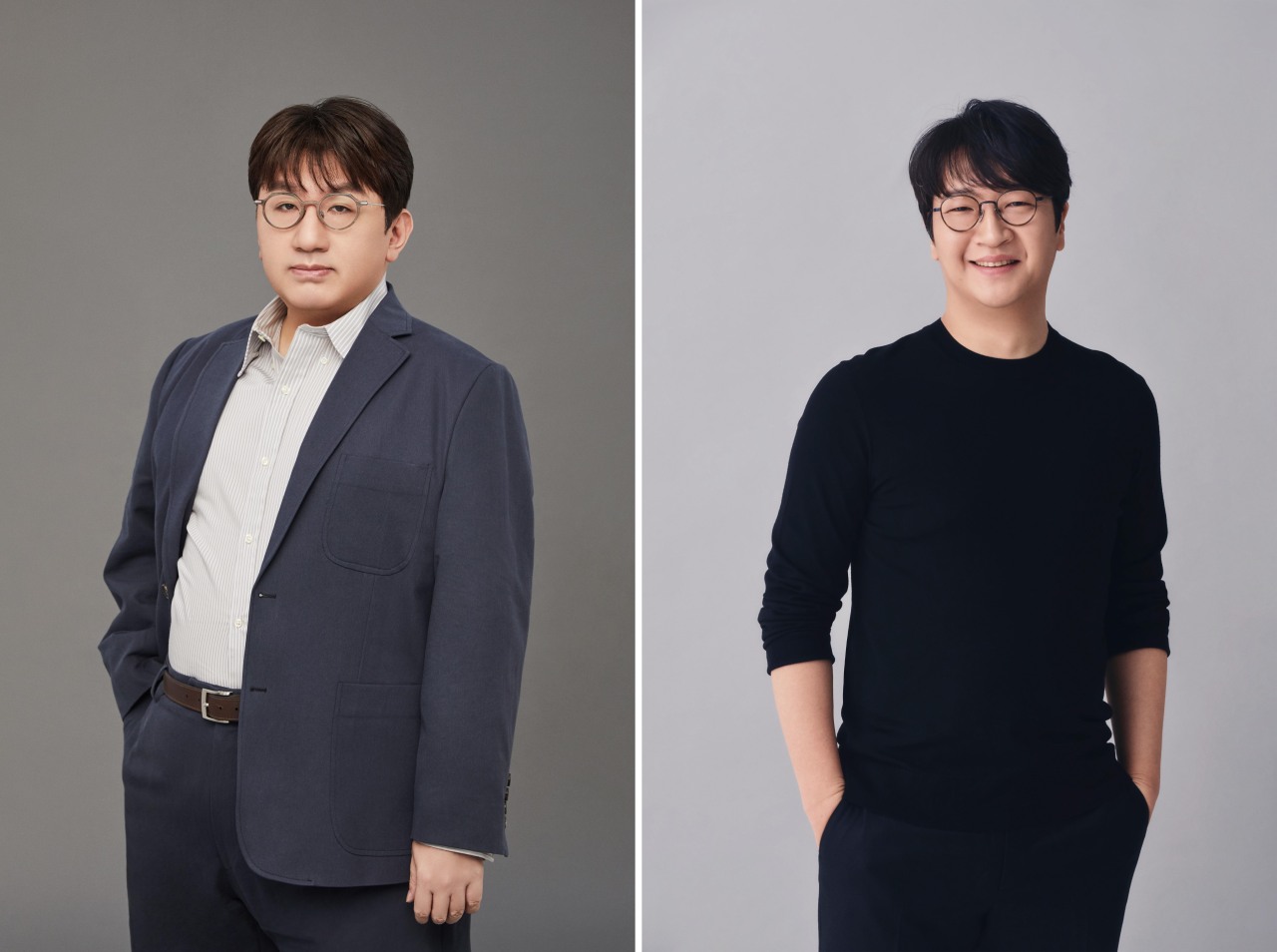 Hybe Chairman and CEO Bang Si-hyuk (left) and Global CEO Yoon Suk-joon (Hybe)
Hybe, the company behind BTS, and its leaders have made it onto the lists of two international media outlets in recognition of their growing influence in the world.

Time magazine announced its annual “Time100 Most Influential Companies” on Wednesday. Hybe and Samsung were the only two South Korean companies on the list, which also included Google, Apple and Netflix. This was the first time Hybe made the list, with Time crediting the entertainment company with “creating a BTS-fueled empire.”

“South Korea’s biggest public listing in three years came in October courtesy of the country’s most popular export: K-pop,” said Time. “Thanks to supergroup BTS -- arguably the biggest band in the world -- the company is in rarefied air. Like Disney before it, Hybe looks at each of its acts as intellectual property to be developed into a universe of fan-friendly experiences and products.”

Time wasn’t the only media organization to acknowledge Hybe.

Hybe’s Chairman and CEO Bang Si-hyuk and Global CEO Yoon Suk-joon were among Billboard’s “2021 International Power Players” in the music industry, announced through its website on Wednesday. The annual list recognizes music industry leaders based outside the US. Bang made the list for the third time, having appeared on it in 2018 and 2019, while this was Yoon’s first time on the list.

Noting that Hybe had acquired Scooter Braun’s Ithaca Holdings, Billboard said the deal would bring US pop stars such as Justin Bieber, Ariana Grande and Demi Lovato together with BTS, Seventeen and TXT.

Meanwhile, Hybe has steadily expanded through acquisitions and memorandums of understanding. Thanks to its partnership with Universal Music Group, global artists such as Jeremy Zucker and New Hope Club have joined Hybe’s K-pop fan interaction platform Weverse while companies like Naver and YG Entertainment have made large-scale investments.