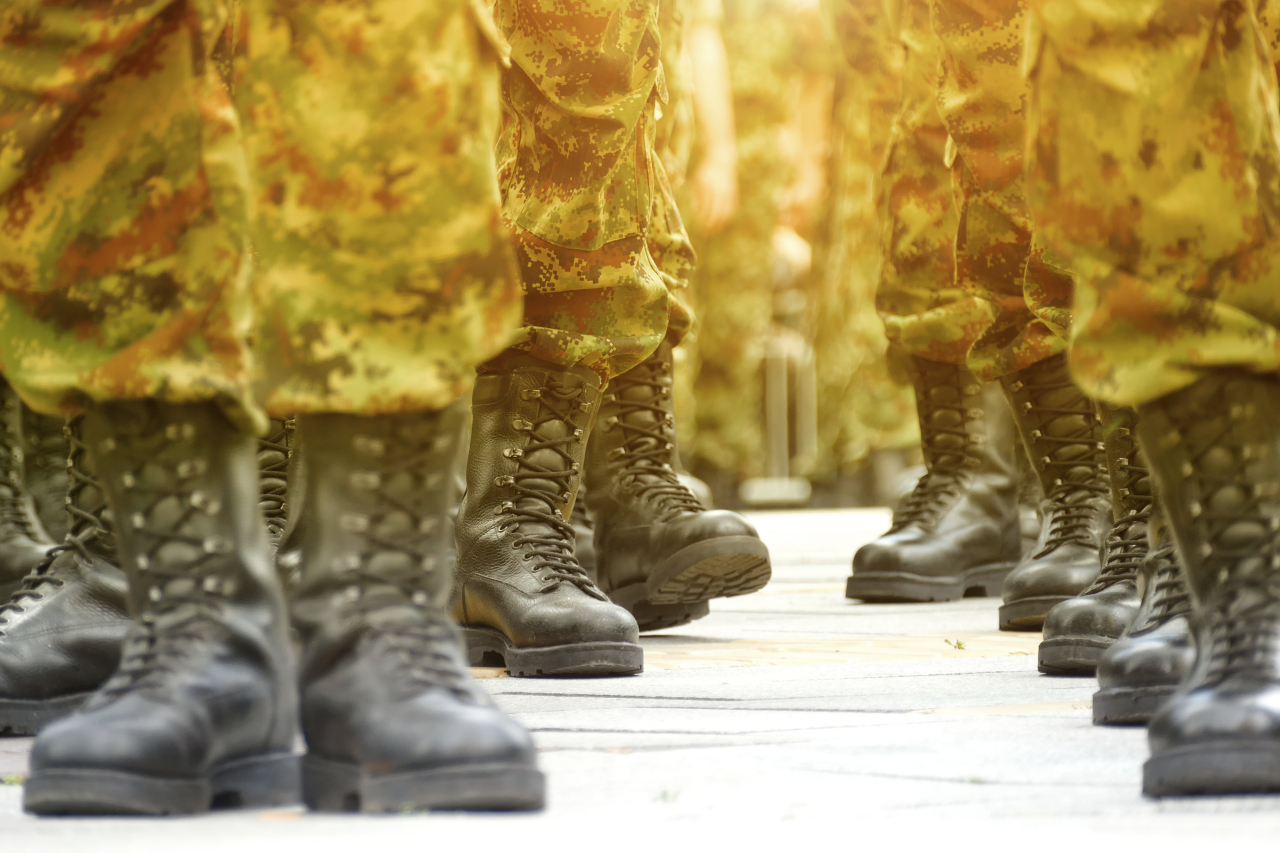 (123rf)
South Korea’s mandatory military service is back in the limelight as younger men step up calls for conscription for women as a matter of gender equality. But experts say this movement faces a long road ahead.

The fresh debate about subjecting both men and women to mandatory military service was sparked by ruling Democratic Party Rep. Park Yong-jin, who suggested revamping the conscription system as part of his 2022 presidential election campaign.

Park proposed an all-volunteer military open to both men and women. Those who chose not to enlist would be required to undergo 100 days of basic military training to ensure a strong reserve force. Women currently serve as either commissioned or noncommissioned officers.

An online petition endorsing Park’s suggestion gathered more than 200,000 signatures within a week and is pending a response from the presidential office. Younger men are its strongest supporters.

“They feel left out. They suspend their studies or careers while in their 20s to join the military, but women don’t go through the same interruption that lasts about two years,” said Kim Yun-tae, a sociology professor at Korea University.

Men feel taken advantage of when women outcompete them in the job market, and many blame their “wasted years” in the military for lost opportunities to make themselves more attractive to employers, Kim added.

“I could have ramped up my resume to get a better job, if I hadn’t been held back by the service,” said a 29-year-old office worker in Seoul who asked only to be identified by his surname, Park.

A poll released by the Korea Society Opinion Institute on Monday showed that most respondents disapproved of conscription for women, but the majority of those in their 20s and 30s welcomed the idea. The survey of 1,010 people included both men and women.

But Kim expressed doubt that conscripting women right away would be a practical solution, mentioning that child-rearing duties fall disproportionately on women.

“If we want to say ‘equal’ to every issue involving gender roles, what are we going to do about parenting? That’s just as much a matter of public interest as conscription but has hardly come up,” he said, adding that rewriting the conscription law would require revisiting multiple gender stereotypes, which takes time.

Meanwhile, military experts say female conscripts are not something the country can expect to see in the near future.

“If we bring in women, who will be training them and where? We will need extra manpower and infrastructure, which is money. Do we have it?” asked Moon Seong-mook, chief of the Unification Strategy Center at the Korea Research Institute for National Strategy.

Moon, a retired Army brigadier-general, said he shared the Defense Ministry’s concerns that the idea of expanding conscription is premature because many factors come into play, with cost being the first challenge.

“It’s not a question of either right or wrong, though I see the point in bringing in women. It’s about making the best choice given the circumstances. Do we want to use money to pursue a completely new path we know will drain us, or do we want to build on what’s already there to make it stronger?”