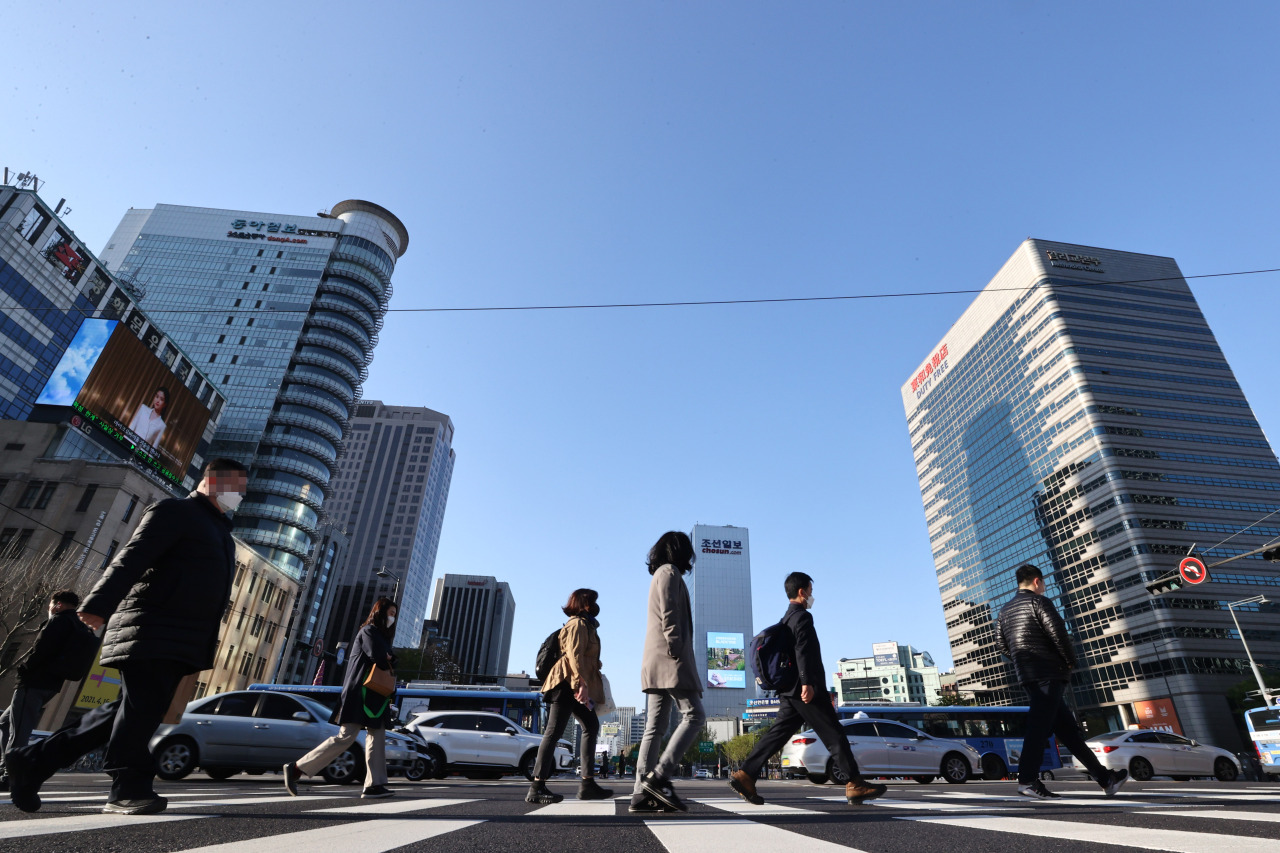 Bolstered by improvement in private consumption and exports, “the 1.6 percent growth in the first quarter has pushed the real gross domestic product level higher than that of the last three months of 2019,” Park Yang-su, head of the economic statistics department at the Bank of Korea, said in a briefing tied to the data.

The country’s GDP expanded 1.8 percent on-year in the first quarter of this year.

A noticeable recovery in private consumption, which had faltered due to the government’s strict social distancing rules, buoyed the rebound in GDP, data showed.

Consumption of durable goods such as cars and nondurable goods, such as groceries and clothing, increased by a combined 1.1 percent on-quarter in the January-March period. This compares with the corresponding figures of 0 percent and minus 1.5 percent in the third and fourth quarters of last year.

“The increased gift exchanges that replaced face-to-face gatherings during the Lunar New Year holidays in February and alleviation of social distancing rules around that time improved consumption in businesses and services that require offline interactions,” Park said.

The BOK cast a rosier outlook on private consumption, projecting further gains stemming from an improved job market, but warned that risks tied to COVID-19 had not disappeared and sectors that required face-to-face services were still vulnerable.

“The growth itself has become slower compared with the fourth quarter of last year, but a recovery in the IT economy and the overall global economy is expected to continue to drive Korea’s exports,” Park said.

But the BOK and experts alike have stressed the need for an accelerated vaccination campaign to truly back their optimistic outlooks. As of Tuesday a meager 4.7 percent of the population, or 2.4 million people, had received one dose of the COVID-19 vaccine.

Hong projected that the economy would surpass the government’s latest growth forecast of 3.2 percent for this year, citing the data as a “solidification of steps” toward mid- or high 3 percent growth.