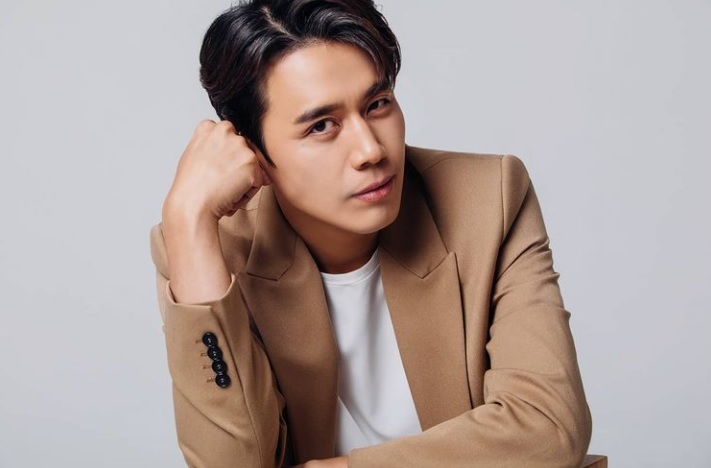 Actor Son Jun-ho (Instagram)
With the daily number of new COVID-19 cases almost reaching 800, the musical industry is on high alert as actor Son Jun-ho who is to appear in the musical “Dracula” next month tested positive for the coronavirus on Friday.

“Son Jun-ho wasn’t feeling well recently, so he voluntarily tested for COVID-19. He tested positive and went into self-quarantine,” Son’s agency Sidus HQ said. “All staff who came in contact with Son have been or will be tested.”

Son, who plays the role of Dracula hunter Van Helsing, has been rehearsing daily for the show that is set to premiere on May 18.

Cast members, including lead actors Kim Jun-su, Shin Sung-rok and Jeon Dong-suk, are waiting for their test results. The production company has yet to announce changes to the opening date.

Golfer Park Se-ri has also been tested, as she had interviewed both Son and Kim on her live talk show on Wednesday.

It has not been revealed how Son contracted the virus.

Another musical production involving Son’s wife, Kim So-hyun, also had to be canceled. Two Friday shows of the musical “Phantom,” in which Kim stars as the main female lead, were called off as all staffers undergo tests.

“As a precautionary measure, in order to test all staff and actors, the two performances have been cancelled,” said EMK Musical Company. “We will announce whether we will perform tomorrow through our official social media account.“

Earlier on Friday, entertainer Kwon Hyuk-soo was confirmed to have been infected with COVID-19. It prompted many staffers and celebrities, including singer Jun Hyo-seong who came in contact with him, to go into self-quarantine.