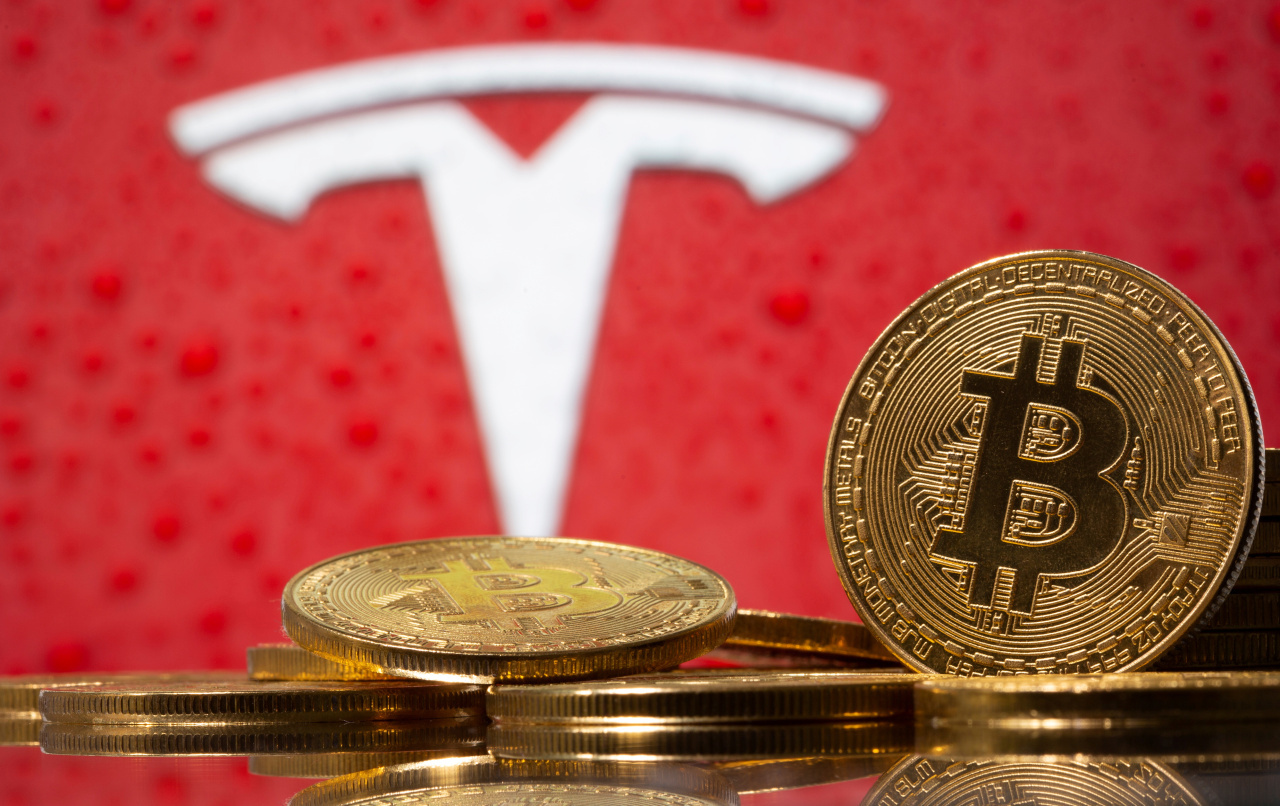 Representations of virtual currency Bitcoin are seen in front of Tesla logo in this illustration taken, February 9, 2021. (Reuters-Yonhap)
The Seoul metropolitan government said Friday it has seized the cryptocurrencies of hundreds of top tax delinquents who hid their assets in digital form, becoming the country's first local government to do so.

The city government said its tax collection department found the cryptocurrencies of 1,566 individuals and heads of companies in three cryptocurrency exchanges and seized more than 25 billion won ($22 million) in virtual assets from 676 of them.

These 676 owed the government 28.4 billion won in overdue taxes, it said, adding that since the cryptocurrencies were seized, 118 of them have paid back 1.26 billion won.

Another delinquent taxpayer who owes 20 million won also asked that the 3 million won that was seized in virtual assets not be sold until two years later, saying he expects the sum to grow to a size great enough to cover his delinquent taxes and leave some for the taxpayer, too.

The most popular form of cryptocurrency among the tax delinquents was Bitcoin at 19 percent, followed by DragonVein and Ripple at 16 percent each, Ethereum at 10 percent and Stellar at 9 percent. Other cryptocurrencies accounted for 30 percent.

The city government said it will go after the virtual assets of the remaining 890 people who have been identified. (Yonhap)