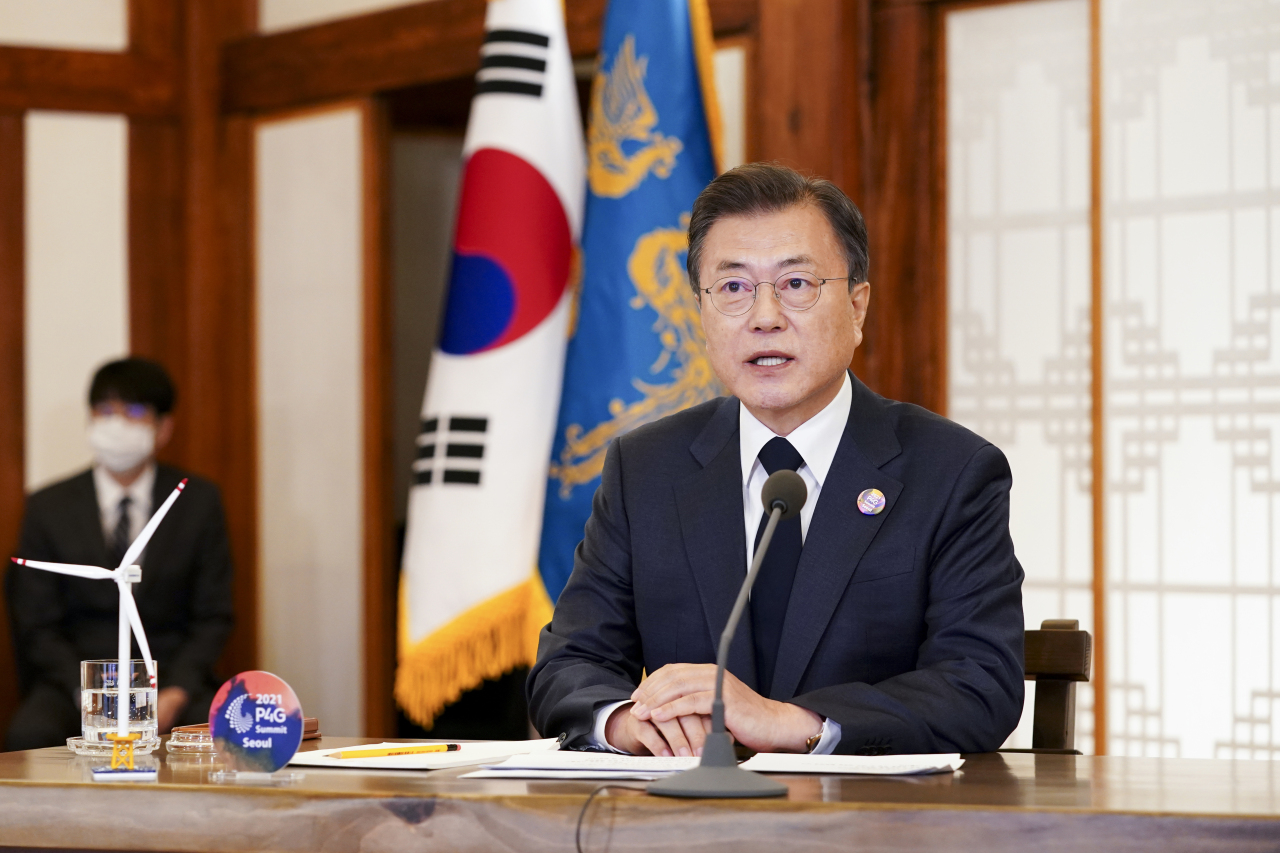 The Leaders Summit on Climate, joined by 40 world leaders and hosted by US President Joe Biden seeking to restore US leadership on the carbon-cutting commitment, marks Washington’s return to the climate dialogue that the Donald Trump administration abandoned after withdrawing from the Paris agreement.

“We’ve decided to raise the emission reduction target for 2030 to go beyond what we promised,” Moon said, referring to an earlier pledge to reduce carbon emissions 24 percent by 2030 compared to 2017 levels. Moon set out goals the previous year to emit zero emissions by 2050.

Moon, who did not elaborate on the hike, said he will bolster support for renewable energy sources such as solar and wind power, noting his government will no longer build coal-fired power plants and will shut down old ones. Tax credits and subsidies for new coal plants will be suspended, he added.

Moon said the government will help local industries ride out the fallout from the change as it attracts investments in renewables. In March, he promised $7 billion in government aid to make the country run on renewables rather than fossil fuels.

On the first day, the summit discussed leaders’ commitments to cut carbon emissions and the role of capital markets to realize their targets, known as a Nationally Determined Contribution.

On Friday, Biden’s “Build Back Better” program will be the agenda as he has made clear that fighting climate change is an opportunity to create jobs. His administration rolled out a massive infrastructure proposal to transition fossil fuel workers to new jobs and build clean energy infrastructure.

Microsoft co-founder and philanthropist Bill Gates, who has invested some $2 billion in clean technologies, will join the discussion on the last day of the summit.

The gathering paves the way for the upcoming P4G summit in May, another global initiative aimed at supporting green projects in public and private sectors. The Seoul-hosted meeting will discuss helping developing nations use technologies for green economic growth.

“The P4G summit will be a steppingstone to a promising UN climate conference in November,” Moon said.