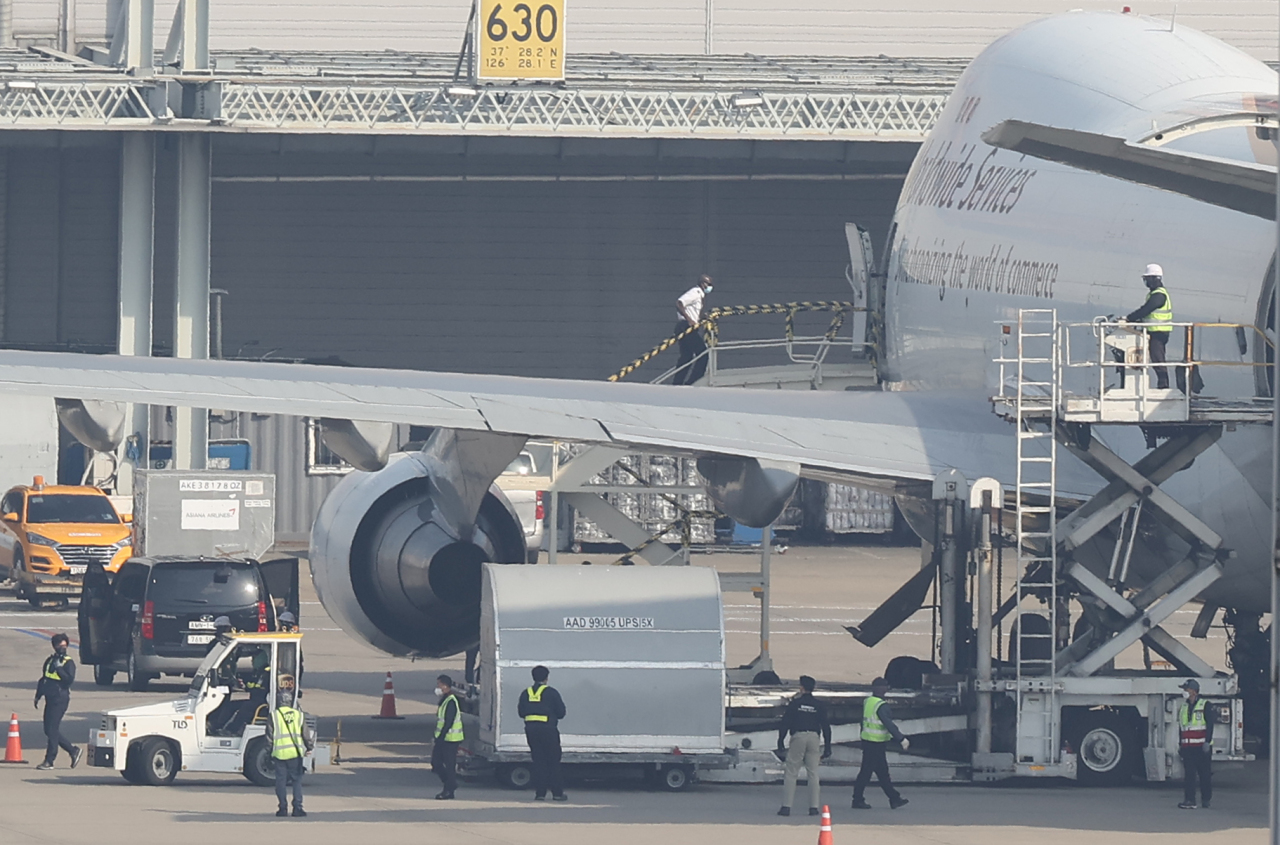 Vaccines by Pfizer Inc. arrive at Incheon International Airport in Incheon, west of Seoul, on Wednesday. (Yonhap)
South Korea has inoculated nearly 2 million people so far as the country ramps up its COVID-19 immunization drive by providing more shots and securing more doses.

An accumulated 1,903,767 people were administered with their first shots as of Wednesday as part of the nationwide campaign that kicked off on Feb. 26, accounting for 3.66 percent of the country's 52 million population, the Korea Disease Control and Prevention Agency (KDCA) said.

An accumulated 60,622 people have been fully vaccinated after receiving two doses.

The accelerating inoculations come amid woes over a potential delay in vaccine supplies, which could take the nationwide inoculation scheme off schedule.

The KDCA earlier announced that it has secured enough coronavirus vaccines to inoculate 79 million people, yet the arrival schedule has only been finalized for AstraZeneca and Pfizer vaccines.

Adding to woes, safety controversies over the AstraZeneca vaccine have complicated the inoculation campaign as the products make up about 60 percent of the country's rollout for the first half of the year.

The country was again taken aback by the United States' decision to pause the use of Johnson & Johnson's Janssen products over blood clotting.

The authorities have planned to receive 6 million doses of the Johnson & Johnson vaccine. The bottles are scheduled to be provided in the third quarter, yet the shipment schedule is not finalized.

To stave off a potential supply shortage, the Seoul government said earlier it is seeking a "vaccine swap" agreement with the United States, but such a deal may not happen at least for the time being after a US State Department spokesman said his country is currently focused on vaccinating Americans.