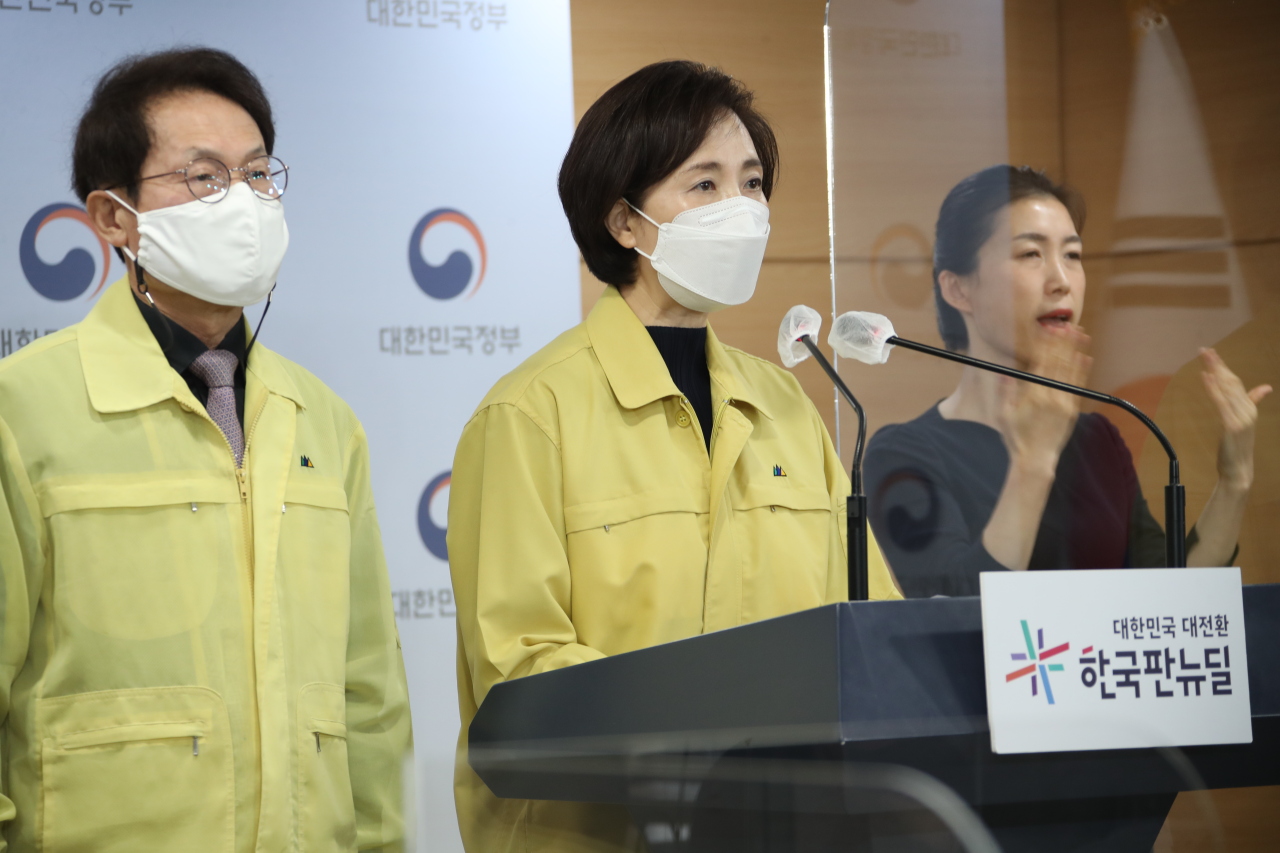 The report released Tuesday showed that the achievement gap among middle school students grew faster in 2020 than in previous years. The authors asked the educational authorities to improve online learning systems and interaction among students and teachers.

According to a study by the Seoul Education Research and Information Institute involving students at 382 middle schools in Seoul, the proportion of students with grades between B and D in three key academic subjects -- Korean literature, mathematics and English -- dropped greatly.

“The achievement gap within schools had already widened before the COVID-19 pandemic started, but the trend has generally accelerated since the outbreak,” the report said.

While the changes for all three subjects were relatively small between 2018 and 2019, the figures fell an average of 8.0 percentage points in 2020. The study also found that the proportion of B through D students dropped sharply among middle school seniors in 2020.

The research supports warnings that many experts have made. Months have passed since the coronavirus-triggered distance learning experiment started, and teachers have repeatedly expressed worries that some students were falling behind and failing to stay engaged.

“On most days, less than half of my class was actually focusing on what I was saying across the videoconferencing platform, and not many seemed to be interested in taking online classes after all,” said a middle school teacher surnamed Jeon based in Guro-gu, western Seoul.

“I did try everything I could, nothing was too helpful. Top students always stayed where they were, but the rest were just falling behind and they didn’t even care. I guess it was unavoidable after all.”

Jeon is not the only teacher who has seen the achievement gap grow since the COVID-19 pandemic started, a survey shows.

According to a survey of 5,119 teachers carried out in November by the National Education Council, 89.6 percent of the respondents said the achievement gap would widen if online classes continued.

And dozens of surveys, seminars and reports have suggested that the remote classroom environment could harm students’ learning abilities and leave them ill-prepared for higher education. But the authorities have been slow to address the issue.

Since the new school year started last month, teachers and students have experienced difficulties and delays in accessing and using the two main remote learning systems.

Many users across the country experienced login errors and problems playing videos for online classes as a result of server issues, and for some teachers and students the problem has continued for more than a month. Some teachers have resorted to external videoconference applications, as they did last year.

But the investments have failed to deliver the desired results for all parties.

The government vowed earlier this year to launch a newer system to facilitate an improved interactive learning environment, but it failed to arrive on time. A separate plan for a new system, planned for August, is also in doubt.

The Education Ministry has also looked at the possibility of expanding in-person classes, but the rise in COVID-19 cases this month could hinder that initiative.

Education Minister Yoo Eun-hae told reporters last month that the ministry was prioritizing an expanded proportion of in-person classes for middle school students, especially those in the Greater Seoul area.

According to the ministry, an average of 56.4 students and 8.3 teachers at elementary, middle and high schools were diagnosed with COVID-19 each day in the seven days ending Wednesday last week.

The country has discovered more than 1,825 cases in students and 258 cases in teachers since March.

To better address the COVID-19 situation in schools, the ministry announced Wednesday that it would run a special prevention period until May 11 while dispatching testing teams to schools to provide PCR tests upon request for people without symptoms.

“Many virus experts diagnose that schools could recover back to normal in a matter of days if basic virus control rules are followed even when new cases are uncovered within schools,” Yoo said in a press conference Wednesday.

“We will stay alert and go over the basics to monitor the virus situation in school, and we will ensure that basic quarantine rules are strictly followed at all educational institutions.”