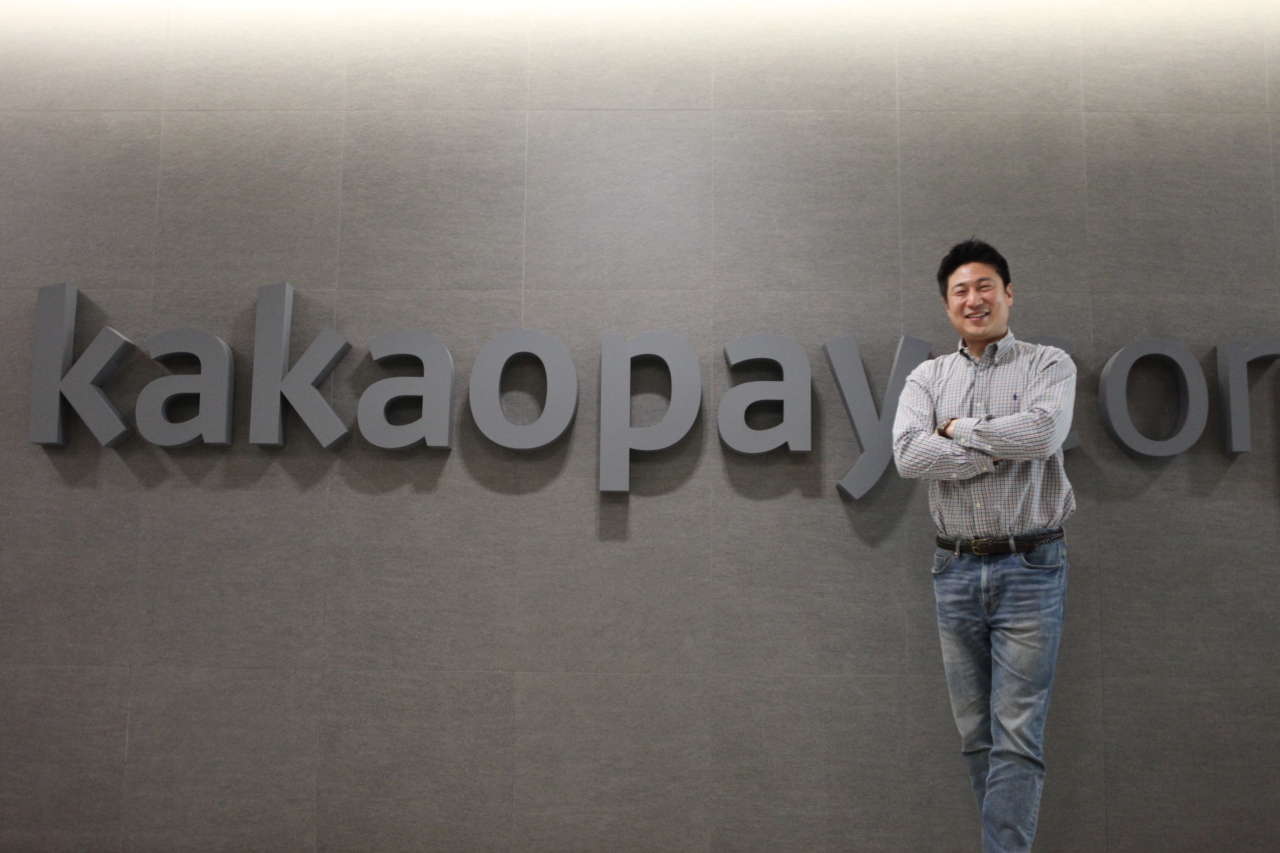 When Ryu Young-joon, CEO of Kakao Pay, the fintech arm of mobile giant Kakao, took charge of the business in 2015, competitiveness of South Korea’s fintech industry was lagging behind other countries worldwide, close to the bottom.

Citing the World Economic Forum’s 2015 Global Competitiveness Report published in 2015, Ryu said the country ranked 87th out of 140 countries in a category that measured development of the financial market and its capacity in embracing new technology.

“Now, Kakao Pay is not simply a payment service. We’re making new attempts in investment, loans, insurance and many more. That’s probably why we can many requests from other countries to introduce our services,” Ryu, 43, said in an interview with The Korea Herald.

“The only competitor in this field I can think of is China.”

Overseas expansion is not the company’s priority as it wants to become an all-around financial services provider in retail areas ranging from stock investment to insurance here.

“In the next five years, we wish to become an asset management platform that helps users manage their assets throughout their financial life-cycle,” he said.

The company has also been gearing up for a market debut, possibly within this year, along with its sister company Kakao Bank. Market observers say the planned IPO could put Kakao Pay at a valuation of 10 trillion won ($9 billion).

“Maybe after the IPO, we can think about sharing our know-hows with overseas companies,” said Ryu while declining to comment on the company’s IPO plan.

Ryu, an engineer-turned-CEO who developed the voice chat function for KakaoTalk, said the company will introduce various innovative services that could shift power dynamics, as their strategy is to win the market beyond the payment industry where competition is growing fierce.

Kakao Pay is up against a growing list of competitors that are coming from various sectors. A long list of operators ranging from retail platforms to banks have launched their own mobile payment service, in an apparent effort to collect consumer data, but most of their use is limited to their own platforms.

Big tech companies like Kakao and Naver are trying to cement their leading positions while emerging players such as e-commerce giant Coupang and fintech app Toss operator Viva Republica are flocking to the growing payment market with their own tools. Bank of Korea data showed that easy mobile payments grew from a daily transaction of 32 billion won in 2016 to 449.2 trillion won a day in 2020.

Among the innovative investing methods the company is proud of is invesing with leftover changes, allowing a small amount of investment with less than a dollar. The company hopes to introduce fractional stock investing when they introdce a mobile trading system soon as well as non-life digital-only insurance services that could also drive the company’s future growth, but they still face regulatory hurdles and slow decision-making process, Ryu said.

Last year, Kakao acquired a boutique brokerage firm focused on B2B businesses and launched Kakao Pay Securities as its subsidiary. But it plans to launch trading fractional shares via mobile and a non-life digital-only insurance company once it receives the green light from regulators.

The suspension of the company‘s “Personal Financial Management“ service, in particular, has caused ”great pain“ for its customers, he said.

Kakao Pay’s Personal Financial Management service, designed to give a full picture of a customer’s financial portfolio, was suspended in February after a brief pilot operation, due to the company‘s association with Ant Group. China’s payment giant under Alibaba Group is the second-largest shareholder with a 43.9 percent stake in Kakao Pay.

To resume the service, the company must earn approval from regulators, but the process has been stalled by the South Korean authorities, who cited unconfirmed information involving Ant Group‘s business history.

“The financial industry remains to be conservative and cautious (of changes and emergence of new services) but thick layers of regulations do not necessarily prevent every problem,” Ryu said. “The regulatory framework should change to allow new attempts more freely so that businesses can grow faster and stronger to be a global player,“ he said.